Japan to end China aid, and proposes joint assistance for others TOKYO -- Japan plans to stop offering development aid to China after nearly 40 years, seeking instead to establish a framework for the two countries to cooperate as equal partners on infrastructure and other projects in developing countries.

Such assistance "is not needed when you think about China's current economic level," Japanese Foreign Minister Taro Kono said on Tuesday.

China used to be the largest recipient of Japanese aid. Japan sees the program as no longer meeting its core objective of supporting developing countries. 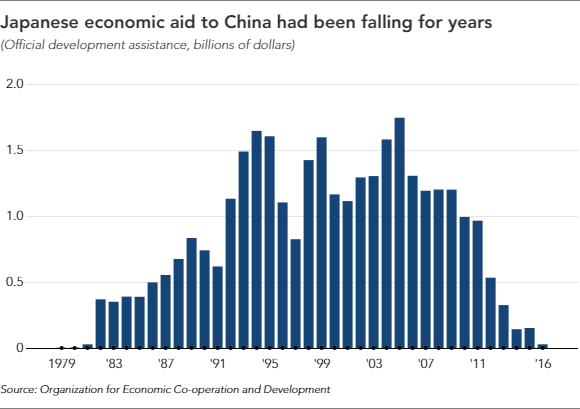 In the 1980s, China used yen loans to build railroads, ports, power stations and other infrastructure as part of its economic reform drive. During the 1990s, these loans financed subways, along with water and sewage systems. The 2000s ushered in a pivot toward environmental protection and human resource development -- and also a major retrenchment in funding.

In 2006, Japan pulled the plug on new projects backed by grant aid. No new yen loans have been signed since 2007. In recent years, the bulk of Japanese assistance to China focused on air pollution and food safety -- areas that directly affect Japanese citizens. Public infrastructure support was basically limited to rural schools and hospitals.

Abe and Li are expected to discuss creating a new framework for dialogue on development cooperation, seeking to collaborate in infrastructure assistance and other projects in developing countries.

A high-speed rail project in Thailand is seen as the first candidate for cooperation. The project is central to the country's Eastern Economic Corridor development plan and is expected to cost more than $45 billion. 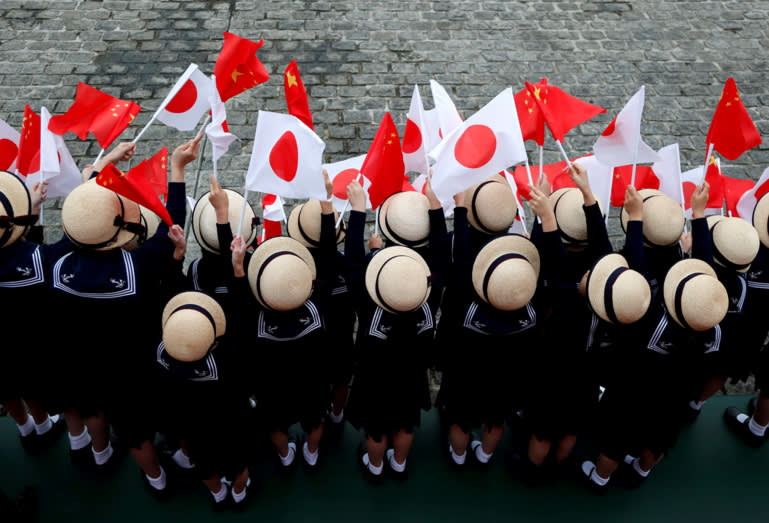 Though Japan is pursuing a "Free and Open Indo-Pacific" strategy, it has not ruled out cooperation on Beijing's flagship Belt and Road infrastructure initiative. If China's wealth is geared toward assisting developing nations, it could provide opportunities for Japanese corporations to do business in those markets.

Japan will be following the lead of the U.K. and Germany, which also used to provide direct aid to China but now cooperate with Beijing in the developing world.

Japan's development assistance program "has played a positive role in China's reform and opening-up and economic development," Chinese Foreign Ministry spokeswoman Hua Chunying said on Tuesday. "In light of the latest situation, China would like to remain in communication with Japan on the relevant dialogue and cooperation."

Under its development aid program, Japan has offered China around $30 billion of yen loans, $1.4 billion of grant aid and $1.6 billion in technical cooperation. Tokyo contributed $7.01 million in 2016, but will not participate in any new projects from April next year.