Japan to iron out deal on arms exports to Indonesia 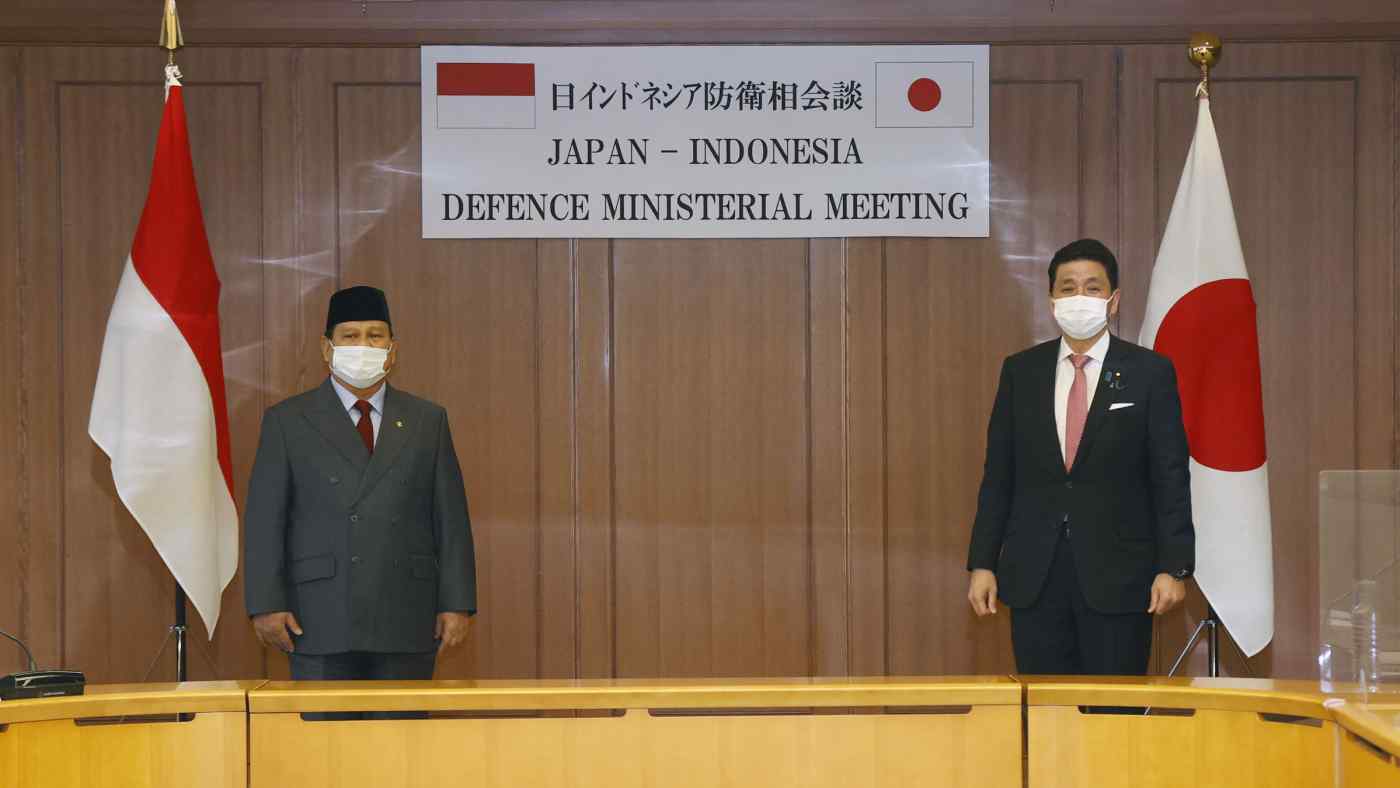 TOKYO -- Japan hopes to sign an agreement with Indonesia on Tuesday to clear the way for exports of defense equipment amid stepped-up Chinese activities at sea.

Foreign and defense ministers from the two countries are slated to meet in "two-plus-two" talks here that day to seal the deal.

Japan exports military hardware only to countries with which it has signed agreements on transfers of defense equipment and technology. The documents spell out such rules as a requirement that the recipient obtain Tokyo's permission before reselling the equipment to another party.

Agreements have been signed with nine countries so far, consisting of the U.S. and others mostly in Europe. In Southeast Asia, the Philippines and Malaysia have inked deals, while the leaders of Japan and Vietnam reached an agreement in principle at their October 2020 meeting.

A deal with regional power Indonesia could come to symbolize a joint effort between Japan and neighbors to counter the Chinese threat. Tokyo is expected to consider selling such hardware as ships.

Interest has been strong in Japanese technologies related to detecting objects and saving lives, such as radar and rescue aircraft. Since many small and midsize businesses are involved in manufacturing defense equipment, one of Japan's aims is to prop up its defense industry by boosting exports.

In the past, Japan prohibited exports of all defense equipment. It partly lifted the ban in 2014 by setting three principles: barring exports to countries involved in conflicts, allowing exports that contribute to peace and to Japan's security, and requiring Tokyo's consent for resale to another country. The agreement on the transfer of defense equipment and technology forms the legal basis for ensuring that the recipient follows the three principles.

Defense Minister Nobuo Kishi met with Indonesian counterpart Prabowo Subianto here on Sunday. Kishi told Prabowo that a new Chinese law that explicitly grants broad powers to the coast guard and confirms its quasi-military status is problematic with regard to international law. The two sides agreed to maintain and strengthen a free and open maritime order, as well as to hold joint drills in the South China Sea.

The Indonesian defense minister said the country is in negotiations on the possibility of acquiring Japanese equipment to modernize national defense.