Tokyo aims to reduce China dependency to 50% or less 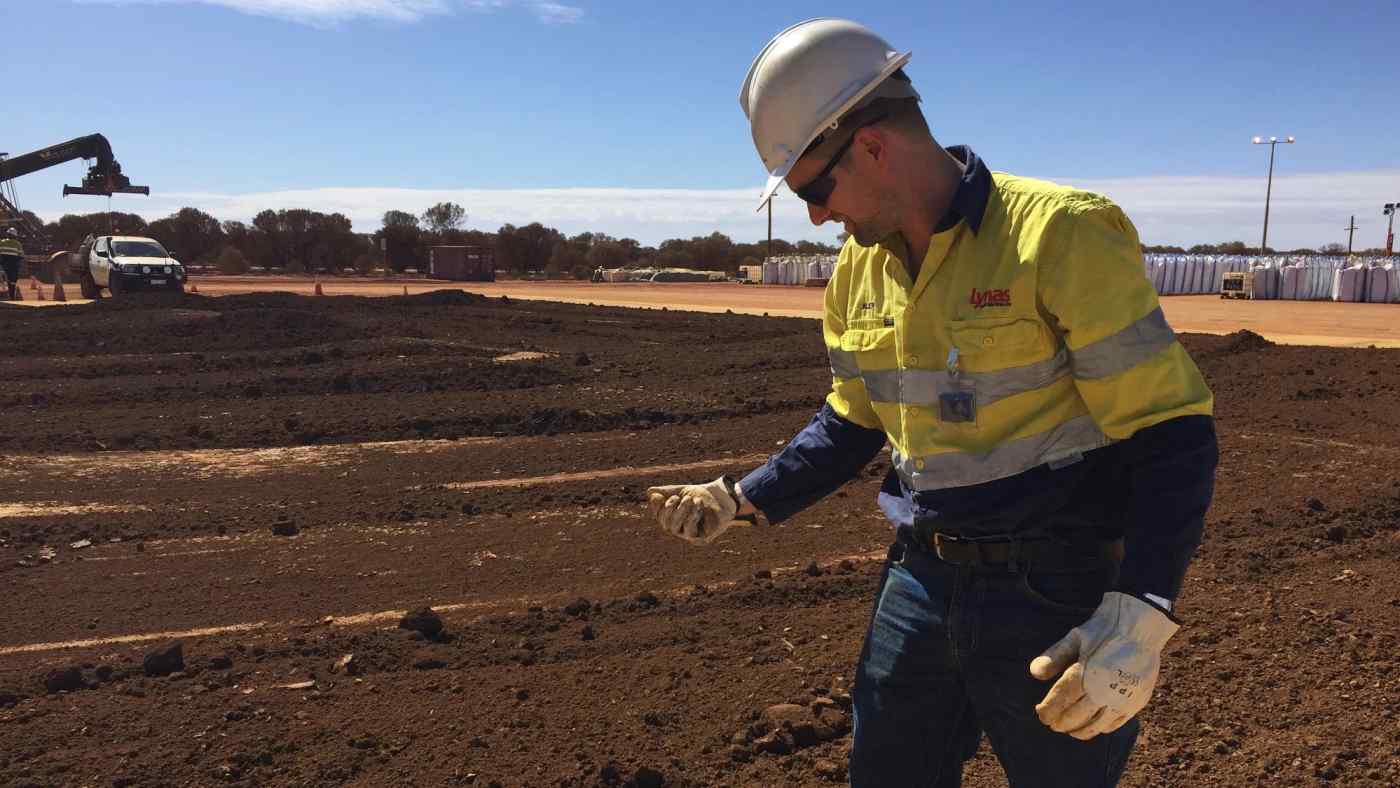 A rare-earths mine in Australia. The mine operator, Lynas, is involved in a smelting plant project in Texas, in which Japan is looking to also take a stake.    © Reuters
RYOSUKE HANAFUSA, Nikkei staff writerFebruary 15, 2020 03:34 JST | Japan
CopyCopied

TOKYO -- The Japanese government will cooperate with the U.S. and Australia on investing in processing facilities for rare-earth metals, looking to ease reliance on imports from China.

Rare earths are essential to such high-tech machinery as motors for electric vehicles. But Japan imports 58% of its supply from China, leaving it vulnerable to manipulation by Beijing. Tokyo plans to bring the Chinese share down to 50% or less by 2025.

Tokyo is discussing a cooperation deal with the U.S. and Australia. Smelting facilities under construction in the U.S. state of Texas that will be operated by Australian rare-earths miner Lynas are a probable investment target. That site is scheduled to come online in the middle of the decade.

Other investment targets will be considered, primarily in the U.S. and Australia.

Japan will conduct the financing through a government-owned resource investment company: the Japan Oil, Gas and Metals National Corp., or Jogmec. Legislation will be revised to allow it to take stakes in rare-earths smelting projects.

Processing facilities, which have a large environmental impact, are now primarily concentrated in China. And Beijing has employed its dominance in rare earths to exert pressure before. In 2010, it quietly cut exports to Japan amid a dust-up over a territorial issue.

Jogmec will also take steps to ensure Japan's stable access to cobalt, a mineral used in lithium-ion batteries, to counter Chinese enterprises securing rights in Congo. The resource company could spend up to around 20 billion yen ($182 million) in all on both efforts.

The U.S. relies on China for 80% of its imports of rare earths. Since they are essential for such military equipment as missiles, President Donald Trump's administration has announced plans to support domestic rare-earths mines and processing facilities.

Under an agreement announced in November, the U.S. and Australia will improve capabilities in developing such "critical mineral assets" as rare earths. Canberra will support mines and processing facilities owned by domestic companies through an export-financing scheme.

Chinese President Xi Jinping took a high-profile inspection tour of a magnet maker in Jiangxi Province last year as the trade war raged on. The area is rich in rare-earth deposits, so the U.S. saw this as a signal that Beijing was willing to use the resource as a bargaining chip.

The new coronavirus has emerged as a threat to the industry, since the outbreak could force Chinese rare-earth facilities to shut down. Such an event would impact the global supply chain for electric vehicles and smartphones.