Japan to restart business travel, but US and China in back of queue

Vietnam and Thailand will be first, with Australia and New Zealand up next 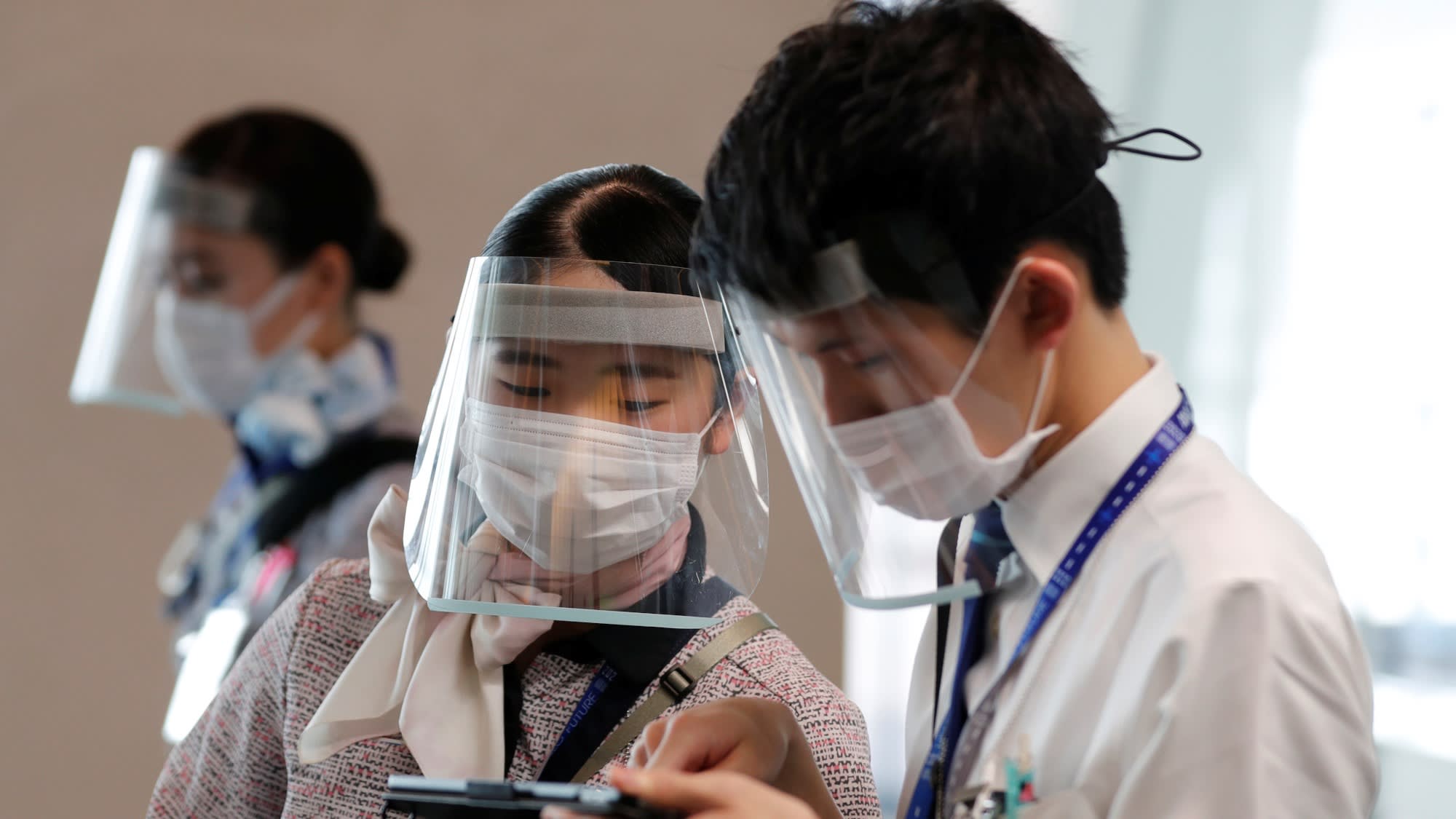 TOKYO -- Japan decided Thursday to ease some restrictions on business travel, starting with countries having relatively few coronavirus cases rather than major destinations that would present logistical or diplomatic challenges.

The country looks to allow in a total of 250 travelers daily from Vietnam and Thailand as early as July and has begun negotiations with Australia and New Zealand. The U.S., mainland China, South Korea and Taiwan may follow in the fall.

The decision marks progress in Tokyo's effort to figure out how to resume travel quickly and safely as other countries reopen their doors. China began letting business travelers from South Korea enter certain regions last month. The European Commission recommended last week that nations within or associated with the passport-free Schengen area lift restrictions on travel from some third countries.

Coronavirus screening will be key to keep infections from spreading into or out of Japan. Travelers leaving the country will need to undergo a polymerase chain reaction test and submit an itinerary. Another PCR diagnostic test will be required at the airport upon returning, and the government will encourage use of a contact-tracing app.

Limited testing capacity is a major reason Japan has not moved toward resuming travel with some closer economic partners.

Total visitors to Japan from Vietnam and the other three countries in negotiations averaged about 6,000 a day in 2018. Yet Tokyo has put them ahead of the U.S., China, South Korea and Taiwan, which sent 10 times that figure and accounted for 70% of all incoming visitors.

About 950 tests are conducted at Japanese airports daily, out of a capacity for 2,300. But Japan's intended limit of 250 new admissions is designed to ensure a margin for handling any unexpected contingencies.

"To expand [the reopening] to the U.S., China, South Korea and Taiwan, we would need a capacity of 10,000 tests a day," a government source said.

Prime Minister Shinzo Abe on Thursday ordered the establishment of a dedicated coronavirus testing facility for travelers, along with the introduction of saliva-based PCR tests.

"The present state of 'isolation' has an enormous impact at a time of globalization," he told reporters, stressing the need for expanded screening capacity.

Diplomatic considerations are at play as well. This spring, China proposed an easing of travel restrictions under a three-way framework with Japan and South Korea, but Tokyo declined due to the friction between Beijing and Washington.

"Opening up travel to and from China before the U.S. could have affected the Japan-U.S. relationship," a Japanese government source said.

The government looks to prioritize letting visa holders back into the country, amid a flood of requests from people who had been living or studying in Japan but returned to their home countries due to the outbreak.