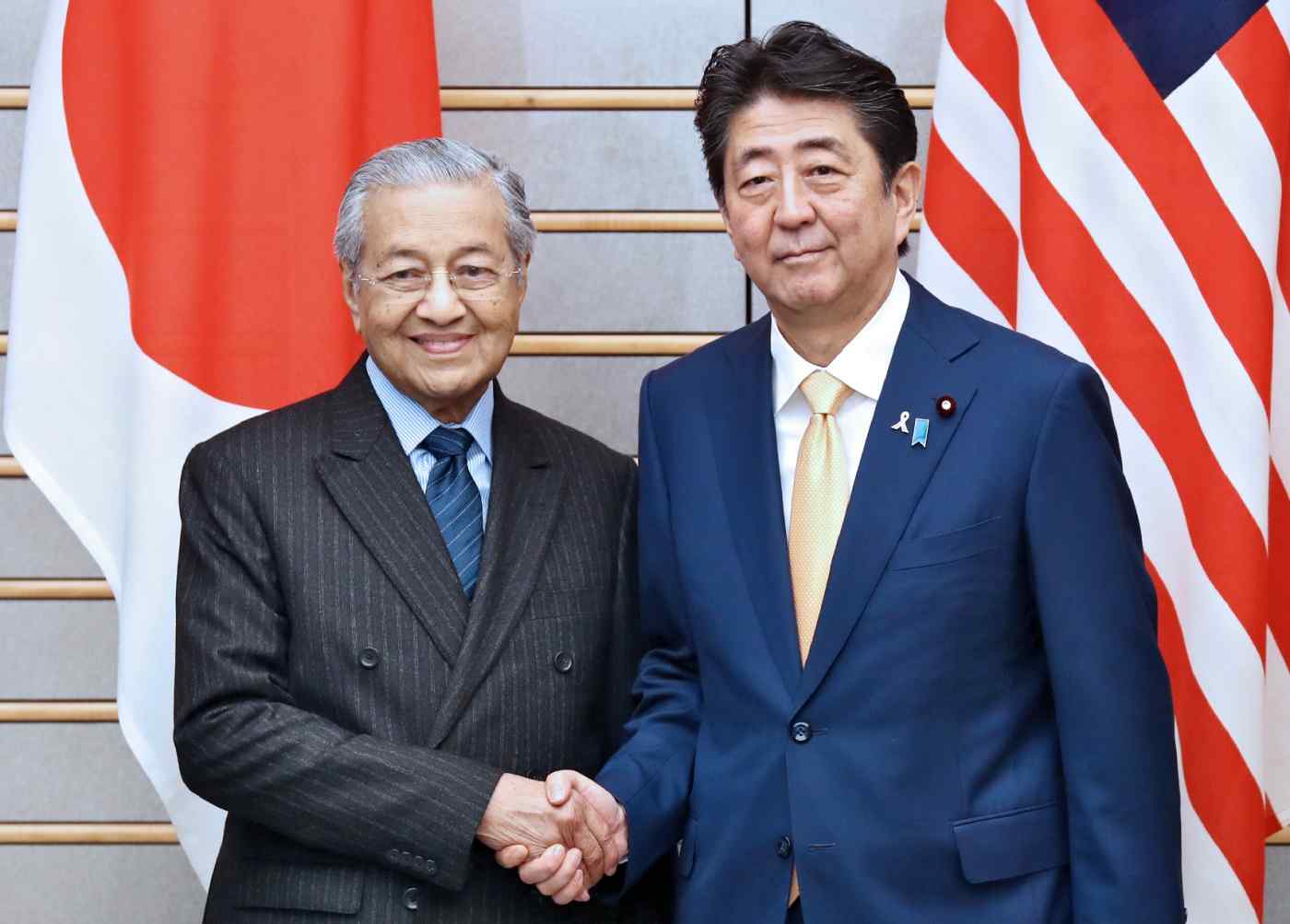 The 92-year-old Malaysian leader, who has long advocated a "Look East" policy of learning from Japan's economic growth, expressed his gratitude to Abe, praising the "very positive attitude" that Tokyo has shown toward the financial problems of his country.

Abe also said that Japan is ready to consider further support for Malaysia's efforts to work on fiscal reconstruction issues if such a need arises in the future, Mahathir told a joint press briefing with Abe at the prime minister's office in Tokyo.

According to the Malaysian government, the 10-year "samurai bonds" will be guaranteed via the Japan Bank for International Cooperation, with an indicative coupon of 0.65 percent, and will be issued before March next year.

Mahathir's administration has declared that the federal government debt stood at 1.1 trillion ringgit ($263 billion) as of the end of last year, compared with 686.8 billion ringgit claimed by the previous government led by Najib Abdul Razak, after taking into account liabilities in the form of government guarantees.

The two leaders also agreed on the need to cooperate in tackling regional challenges, including the denuclearization of North Korea and the situation in the South China Sea, where Malaysia and other Southeast Asian nations have overlapping territorial claims with China.

Mahathir's third visit to Japan since taking office in May is viewed as a further sign that Malaysia is keeping its distance from China.

The Malaysian prime minister has scrapped or postponed several Chinese-backed infrastructure projects promoted by the previous government, including a high-speed railway along the country's east coast, citing their high costs.

Abe said at the press briefing that Japan "remains committed to offering cooperation (to Malaysia) in areas such as education, investment promotion, human resources development and technology transfers."

The world's oldest sitting leader, who was in power between 1981 and 2003, returned to office following his opposition alliance's general election victory earlier this year, in the country's first change of power since independence from Britain in 1957. He has promoted the "Look East" policy since his first stint.

Earlier Tuesday, Emperor Akihito conferred the Grand Cordon of the Order of the Paulownia Flowers, the highest decoration to be awarded by Japan this fall, on Mahathir and others.