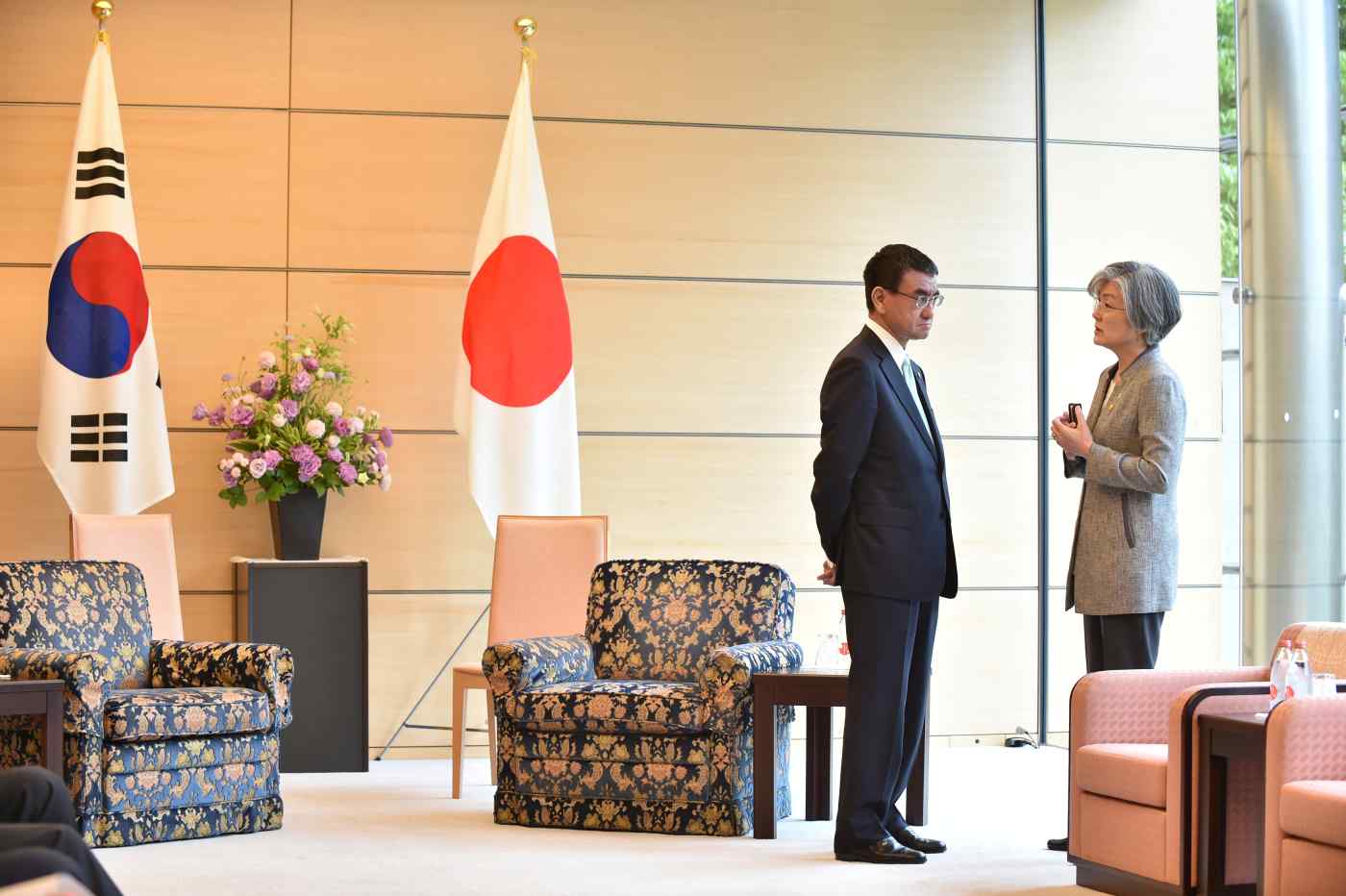 TOKYO -- Japan and South Korea are once again at loggerheads over the legacy of Tokyo's 35-year colonial rule of the peninsula (1910-1945).

Japanese Foreign Minister Taro Kono on Wednesday told South Korean counterpart Kang Kyung-wha to take "resolute action" after a Seoul court ordered a Japanese steelmaker to pay compensation to four Koreans forced to work at the company during the war.