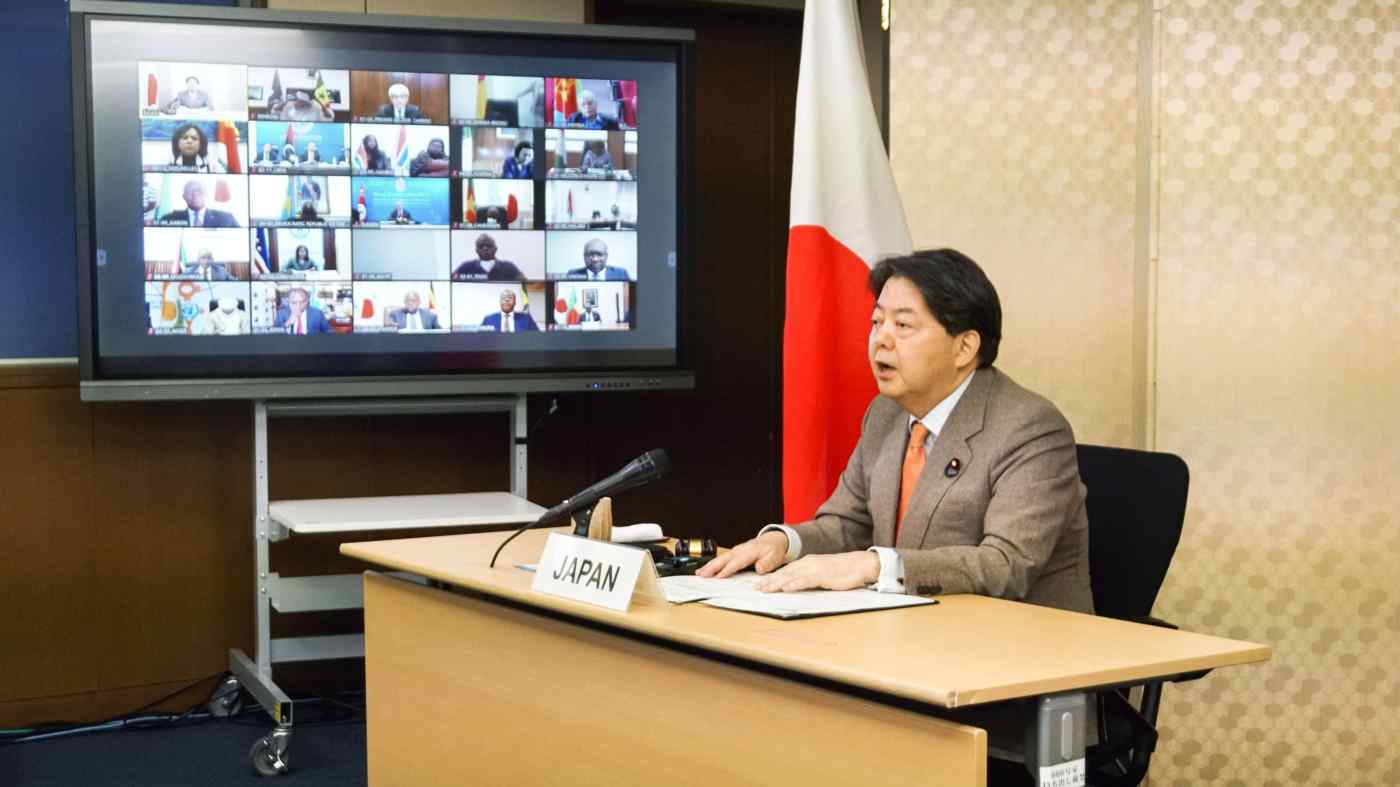 Hayashi said he and representatives from about 50 African countries also shared the importance of transparent and fair development financing amid concerns about Beijing's "debt trap," in which recipient countries of Chinese investment are saddled with massive loans they cannot repay.

The online meeting was held to set the stage for the eighth Tokyo International Conference on African Development, or TICAD, slated for August, according to the Japanese Foreign Ministry.

"Since we held the seventh TICAD meeting (in 2019), one of the biggest changes hitting Africa has been the novel coronavirus," Hayashi told reporters after the latest ministerial gathering on the Japan-led initiative to assist Africa's development.

"Focusing on the quality of growth, we will continue to support development in Africa and their realization of the U.N. sustainable development goals," Hayashi added.

The COVID-19 pandemic has significantly impacted the African economy and society, raising the need for support from the international community.

Russia's invasion of Ukraine is adding pressure on African countries by disrupting energy and food supplies, and closer cooperation will be vital, Hayashi said during the meeting, according to the Japanese ministry.

Under such a tough economic situation, the Japanese minister expressed readiness to support African countries that wish to get out of the debt trap, the ministry said.

"Japan will work with international organizations to create an environment where developing countries, especially those in Africa, do not have to rely on such financing," Hayashi said without naming China. "We must not allow such financing practices to prevail and destabilize the developing economies most in need of financial resources."

The upcoming TICAD meeting to be chaired by Tunisia is scheduled for Aug. 27 to 28, although the details, including whether it will be held in a virtual format, are still being arranged, according to the ministry.

Tunisia will be the second African nation to host TICAD after Kenya in 2016.

Co-sponsored by Japan, the United Nations and a few other international organizations, TICAD was launched in 1993. It was last held in August 2019 in the port city of Yokohama, near Tokyo.