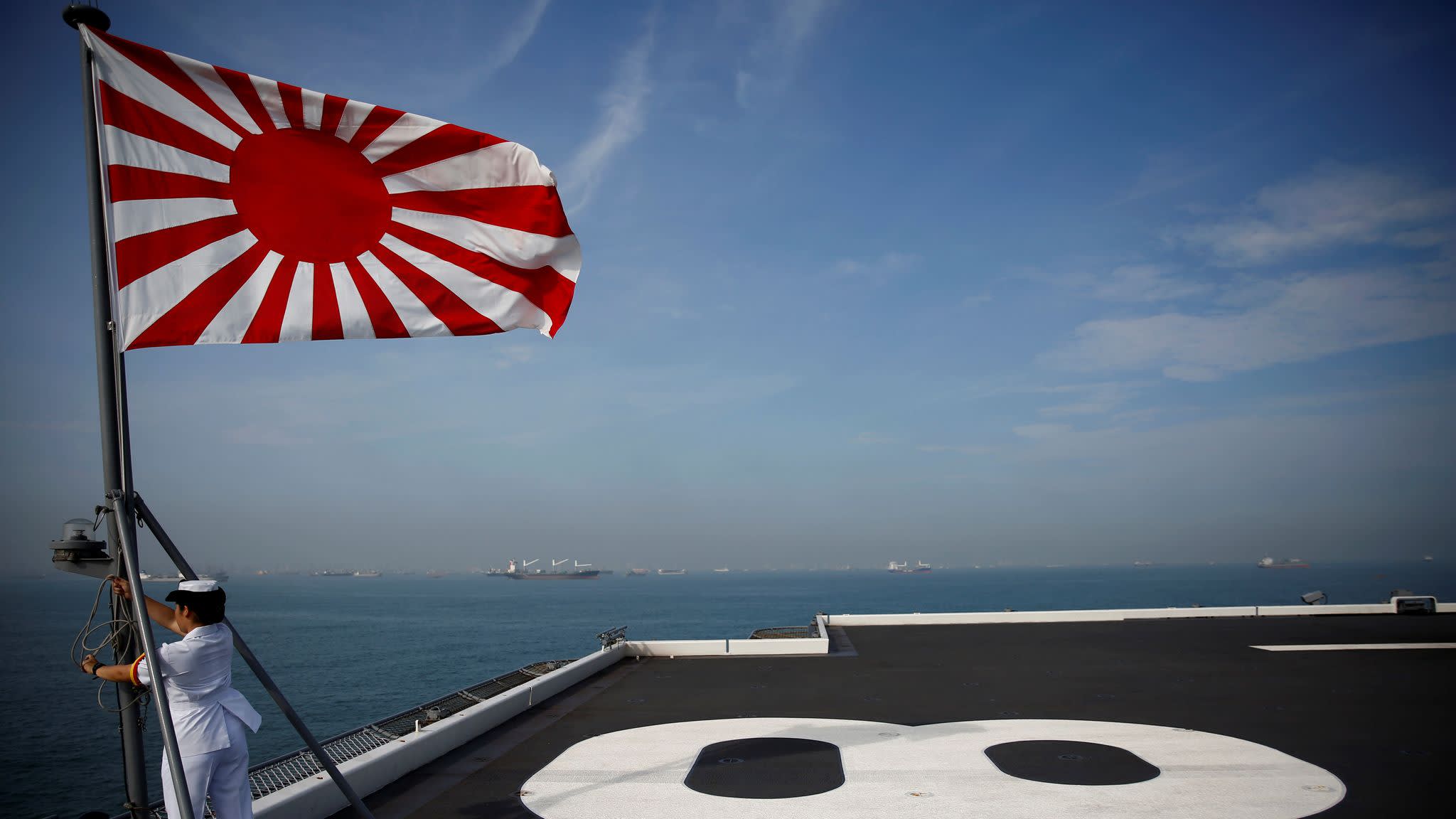 TOKYO (Kyodo) -- Japan will not participate in an international naval review next week in South Korea as Seoul has requested Japanese vessels not fly the flag used during World War II, the Japanese defense minister said Friday.

"It's extremely regrettable," Defense Minister Takeshi Iwaya said at a press conference, referring to the decision not to participate in the event starting Wednesday off South Korea's southern Jeju Island.

Iwaya said the rising sun flag has long been recognized under international law as indicating that a vessel is Japanese. But South Korea has asked Japan and other participating countries to raise only their national flags during the event.

The flag was used by the Imperial Japanese Army and Navy before and during World War II, and is thus regarded as a symbol of Japan's wartime aggression in South Korea and China, which often accuse Japan of not atoning enough for the atrocities committed before and during the war.