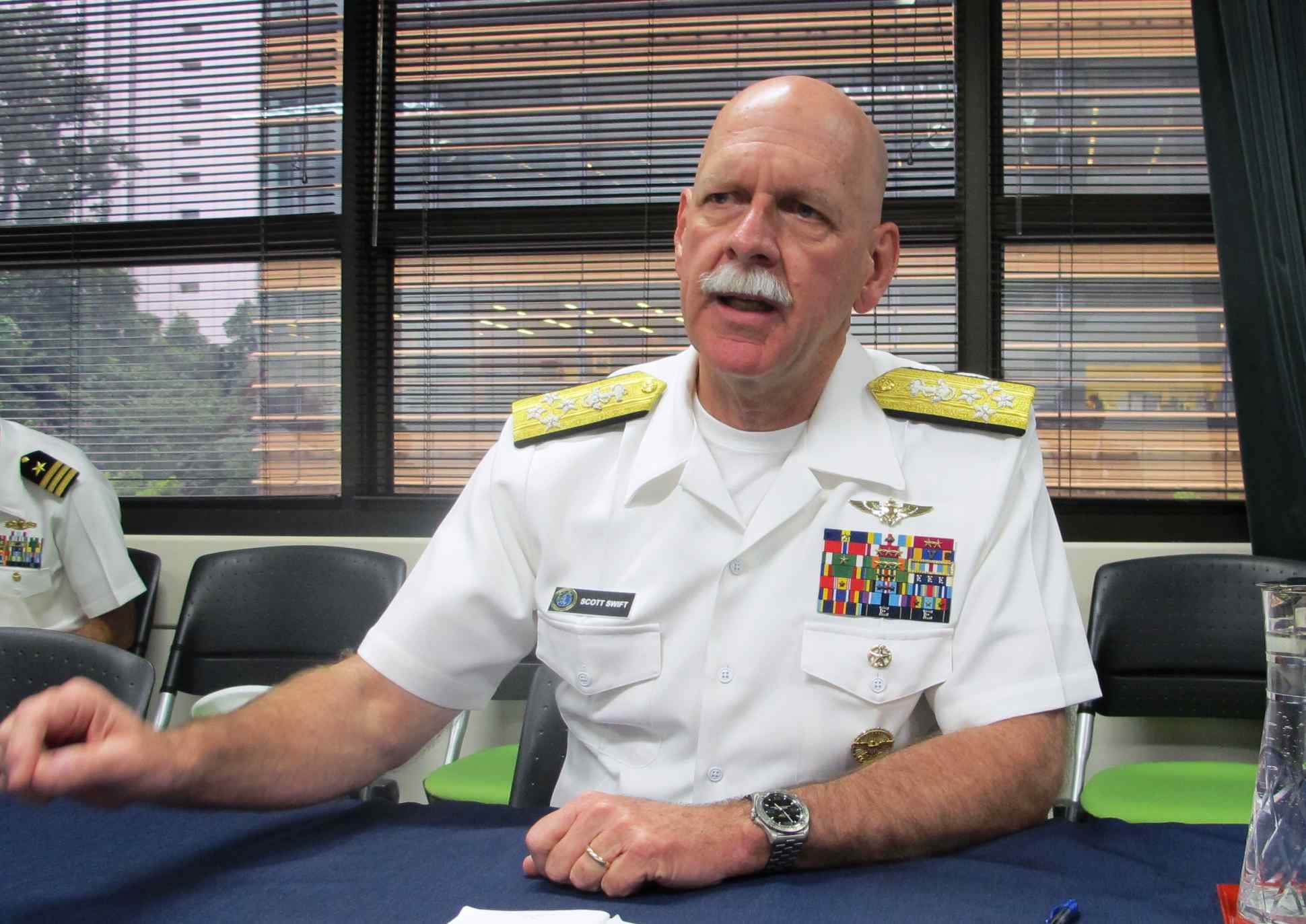 North Korea's use of nuclear weapons will trigger 'unilateral response'

TOKYO -- A top U.S. Navy commander on Wednesday warned Pyongyang not to underestimate America's readiness to take action in response to North Korean leader Kim Jong Un's weekly provocations that seem to signal he was either self-destructive or that he did not believe the U.S. would retaliate with military force.

"If he thinks he knows that [the U.S. will not take action], he is not listening," U.S. Pacific Fleet Commander Adm. Scott Swift told the Nikkei Asian Review in an interview in Tokyo. "Secretary [of Defense, James] Mattis has made it clear, and the President [Donald Trump] has made it clear, all options are on the table."

Swift, who oversees the 200 ships, 1,200 aircraft and 140,000 sailors of the 7th and 3rd fleets that compose the Pacific Fleet, said military action was "part of a diplomatic approach" to convince North Korea to take a different path.

He was more explicit on how the U.S. would react if, for instance, North Korea fired nuclear weapons toward U.S. soil. "The recognition is that if you were to employ nuclear weapons against a country, it is pretty clear that it would respond. Every country reserves the right of unilateral response to an attack on its sovereignty," he said.

After firing two intercontinental ballistic missiles in July, the North Korean leader ordered the launch of an intermediate-range ballistic missile that flew over Japan late August. This month, Kim has wasted no time in tapping his next option, of conducting the country's sixth nuclear test.

US to counter China uncertainty with combined Pacific Fleet

Focus shifts to hows and whys of deadly US destroyer collision

Swift said that neither he nor the defense officials he met in South Korea and Japan during this trip could fathom Kim's ultimate goal. "He is threatening everyone. If you draw the arc of where his missiles can target, it spans from Europe to the U.S to all of Asia. It is self-destructive and illogical. We know what his means are but it is so difficult to understand what his ends are. What is it that he is trying to achieve?"

If part of Kim's thinking was to drive a wedge between the U.S., Japan and South Korea for deterrence, Swift said: "It had just the opposite effect. Relations just got stronger."

Yet Swift also believes that the recent nuclear test could have had a different target in mind. "The nuclear test was executed, according to most of the people I have talked to, with the direct intent of interrupting the engagement between Xi Jinping and [Vladimir] Putin." The Chinese and Russian presidents were together in the southeastern Chinese city of Xiamen for the BRICS leaders' summit that day, Sept. 3. The U.S. Navy guided-missile destroyer USS John S. McCain is seen after a collision, in Singapore waters on Aug. 21.   © Reuters

Swift's visit to Japan comes after two fatal ship collisions, both involving 7th Fleet destroyers based in Yokosuka Naval Base in Japan. Vice Adm. Joseph Aucoin, then-commander of the 7th Fleet, has since been sacked.

"Make no mistake, this does not diminish the power of the Pacific Fleet in a consequential way. We have lost two ships for a finite period of time but the impact is absorbed across the fleet of over 200 ships. This is not something I lay awake at night worrying about."