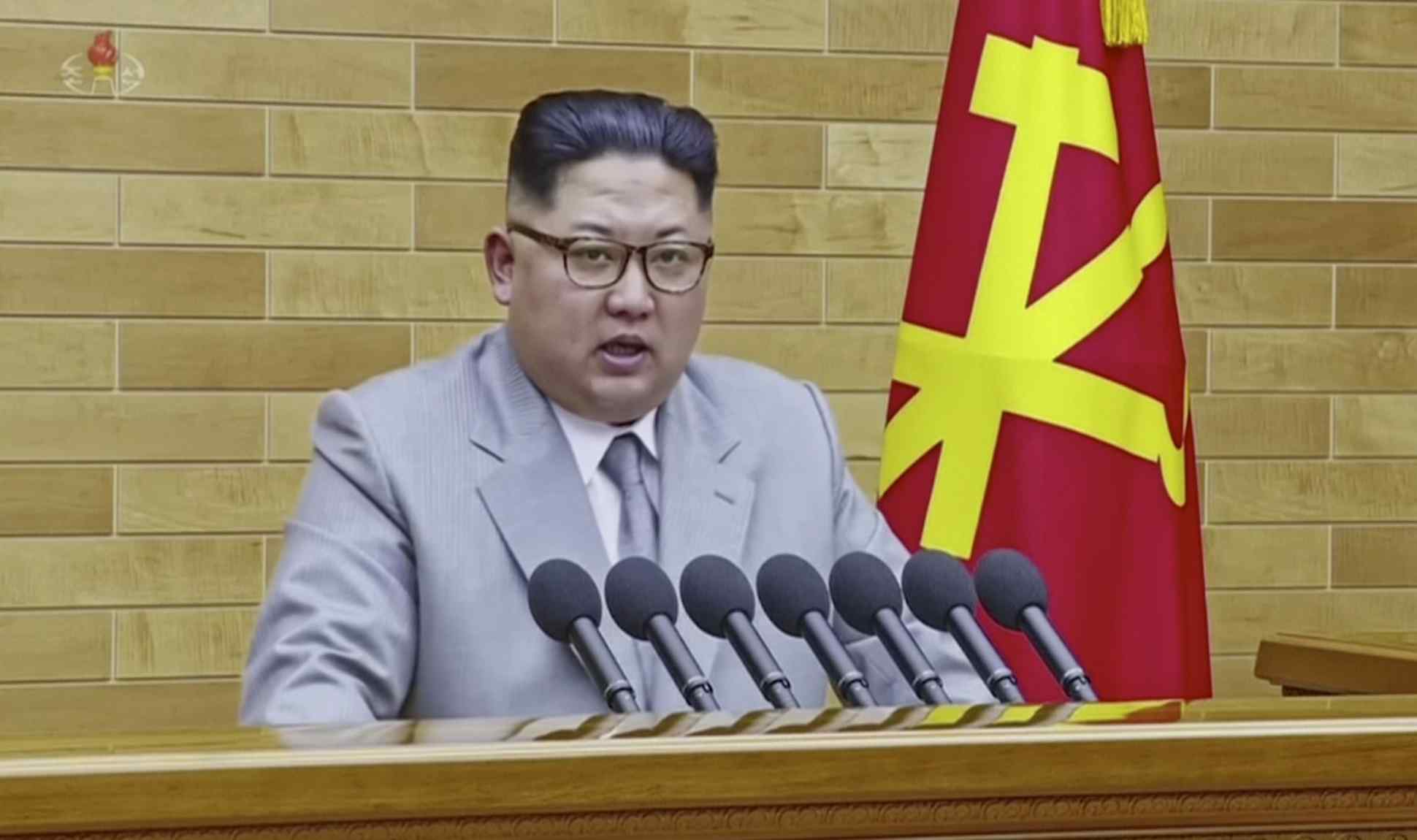 In this image made from video on Jan. 1, North Korean leader Kim Jong Un speaks in his annual address at an undisclosed location. (KRT via AP Video)
International relations

Kim warns US 'nuclear button is on my table'

North Korean leader may send delegation to Olympics in the South

TOKYO (AP) -- North Korean leader Kim Jong Un said Monday the United States should be aware that his country's nuclear forces are now a reality, not a threat. But he also struck a conciliatory tone in his New Year's address, wishing success for the Winter Olympics set to begin in the South in February and suggesting the North may send a delegation to participate.

Kim, wearing a Western-style gray suit and tie, said in his customary annual address his country had achieved the historic feat of "completing" its nuclear forces and added he has a nuclear button on his desk.