Chinese leader wants to boost 'dialogue and cooperation' with Japan 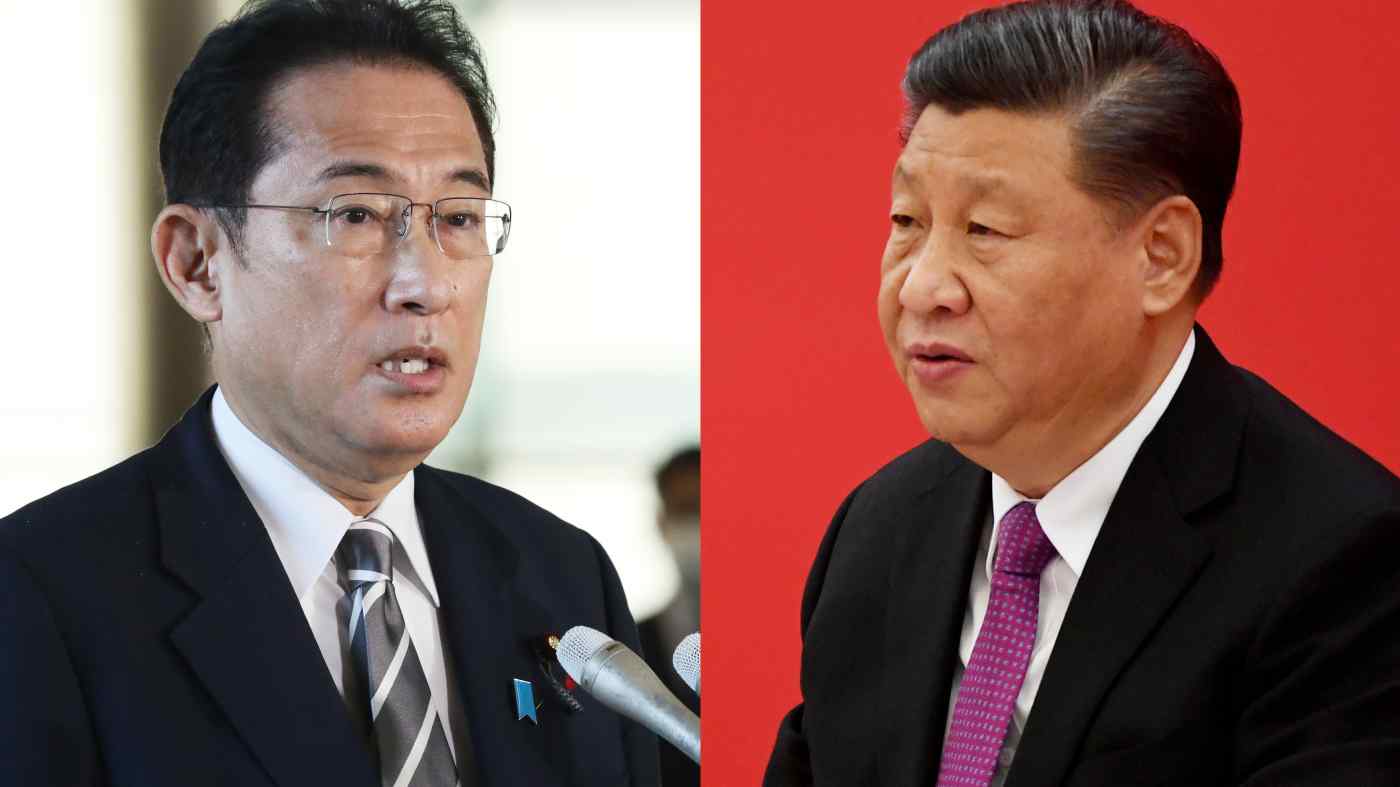 The call between the leaders came amid rising tensions between the United States, Japan's security ally, and China over the Taiwan Strait.

Kishida, who took office this week and is making the rounds speaking with foreign leaders, told reporters he raised issues of concern, including the Senkaku Islands, Beijing's crackdown on pro-democracy protests in Hong Kong and the treatment of the Muslim Uyghur minority in Xinjiang during the 30-minute conversation.

Japan and China have a long-standing territorial dispute over the Senkakus, a group of uninhabited islets in the East China Sea. The Japanese-administered islands are claimed by Beijing, which calls them Diaoyu and often sends coast guard vessels nearby despite Tokyo's protests.

Kishida also conveyed Japan's stance on Taiwan to Xi, a senior official at the Foreign Ministry said without going into further detail.

Despite such issues, Kishida said he told Xi that with next year being the 50th anniversary of the normalization of Japan-China relations, they "must take the opportunity to build constructive and stable relations," to which the Chinese leader voiced agreement.

Xi has not visited Japan since taking power in 2013. A planned trip last year was postponed indefinitely due to opposition by some Japanese lawmakers over China's heavy-handed moves in Hong Kong and the coronavirus pandemic.

Xi told Kishida he will try to boost "dialogue and cooperation" with Japan while urging the neighboring nation to "manage differences" over delicate issues such as Taiwan affairs appropriately, China's state-run media reported.

It was the first conversation between the leaders of Japan and China since September last year when Kishida's predecessor Yoshihide Suga assumed the premiership.

Xi was quoted by the media as telling Kishida that China will welcome Japan's participation in the Beijing Winter Olympics, scheduled to be held in February next year. Japan hosted this summer's Tokyo Olympics.

Several human rights organizations worldwide have asked the International Olympic Committee to reverse its decision to allow the Chinese capital to host the 2022 Winter Olympics, with the United States accusing Beijing of committing "genocide" against the Muslim minority in Xinjiang.

Japan has also joined the United States and other Western countries in voicing concern over Chinese pressure on democratic Taiwan, which is self-governed but regarded by Beijing as a renegade province it wants to reunify with the mainland.

Xi sent a congratulatory message to Kishida on Monday, when he was elected prime minister by parliament, saying the neighboring Asian countries should "strengthen dialogue and communication and enhance mutual trust and cooperation in an effort to build a bilateral relationship that meets the requirements of the new era," according to the media.

Before Friday's call with Xi, Kishida had stressed that while maintaining stable bilateral ties is vital for the region and the international community as a whole, Japan will "say what needs to be said" regarding China's perceived shortcomings in upholding fundamental values such as democracy, human rights and the rule of law.

China and Taiwan have been separately governed since a civil war led to their split in 1949. Their relations have been deteriorating since independence-leaning Tsai Ing-wen became Taiwan's president in 2016.

At a summit in Washington in April, Suga confirmed with U.S. President Joe Biden "the importance of peace and stability across the Taiwan Strait." It marked the first time in 52 years that Japanese and U.S. leaders mentioned Taiwan in a joint statement.