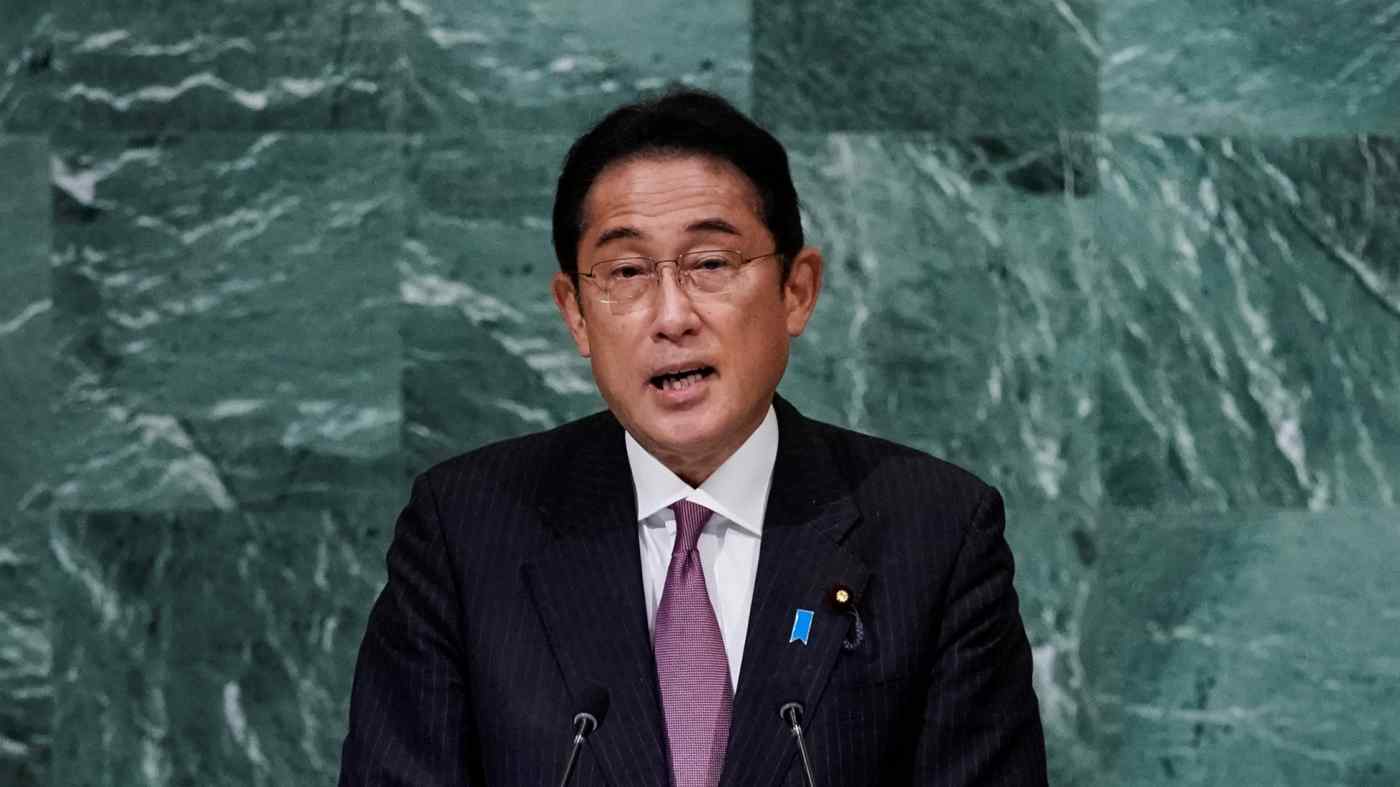 UNITED NATIONS -- Japanese Prime Minister Fumio Kishida on Tuesday called for discussing specific steps toward reforming the chronically deadlocked Security Council as part of his push to strengthen the United Nations in a speech at the General Assembly.

"The time has come to start text-based negotiations to reform the Security Council," he said.