Two nations have been in disagreement over wartime compensation 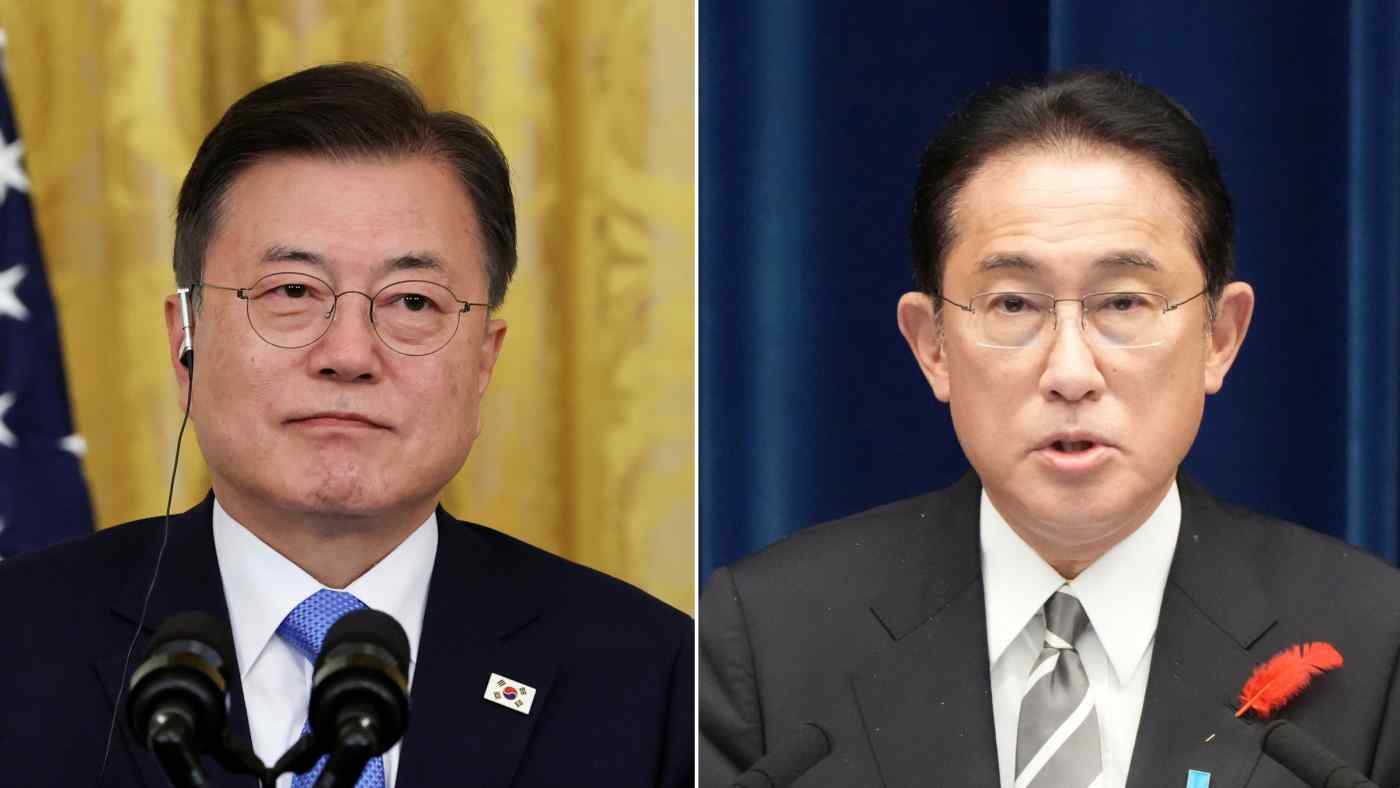 Speaking to reporters after their first phone talks since Kishida took office last week, the Japanese leader said he "strongly urged South Korea to take appropriate action" and that bilateral relations are in an "extremely difficult situation."

Moon told Kishida that it is "desirable to look for diplomatic solutions between the two countries" as the issue is "a problem over differences in legal interpretation" of how much is covered by a 1965 bilateral agreement that sought to settle issues related to property and claims stemming from the 1910-1945 Japanese colonial rule of the Korean Peninsula, according to Moon's office.

In the roughly 35-minute talks, Kishida said he and Moon agreed to cooperate along with mutual ally the United States to deal with North Korea, which recently resumed ballistic missile tests.

It was the first conversation between the leaders of Japan and South Korea since Moon briefly spoke with Kishida's predecessor, Yoshihide Suga, on the sidelines of a Group of Seven summit in June in Britain.

Kishida also said he asked Moon for South Korea's support in Japan's efforts to retrieve nationals abducted by North Korea in the 1970s and 1980s.

Kishida said there are currently no plans for an in-person meeting between the two.

Japan maintains the issue of compensation was settled "completely and finally" by the 1965 bilateral agreement, which provided South Korea with financial assistance, and has called on the Moon administration to resolve the issue.

The countries are also at odds over the issue of "comfort women," a euphemism for women from the peninsula and elsewhere that worked in Japan's military brothels.