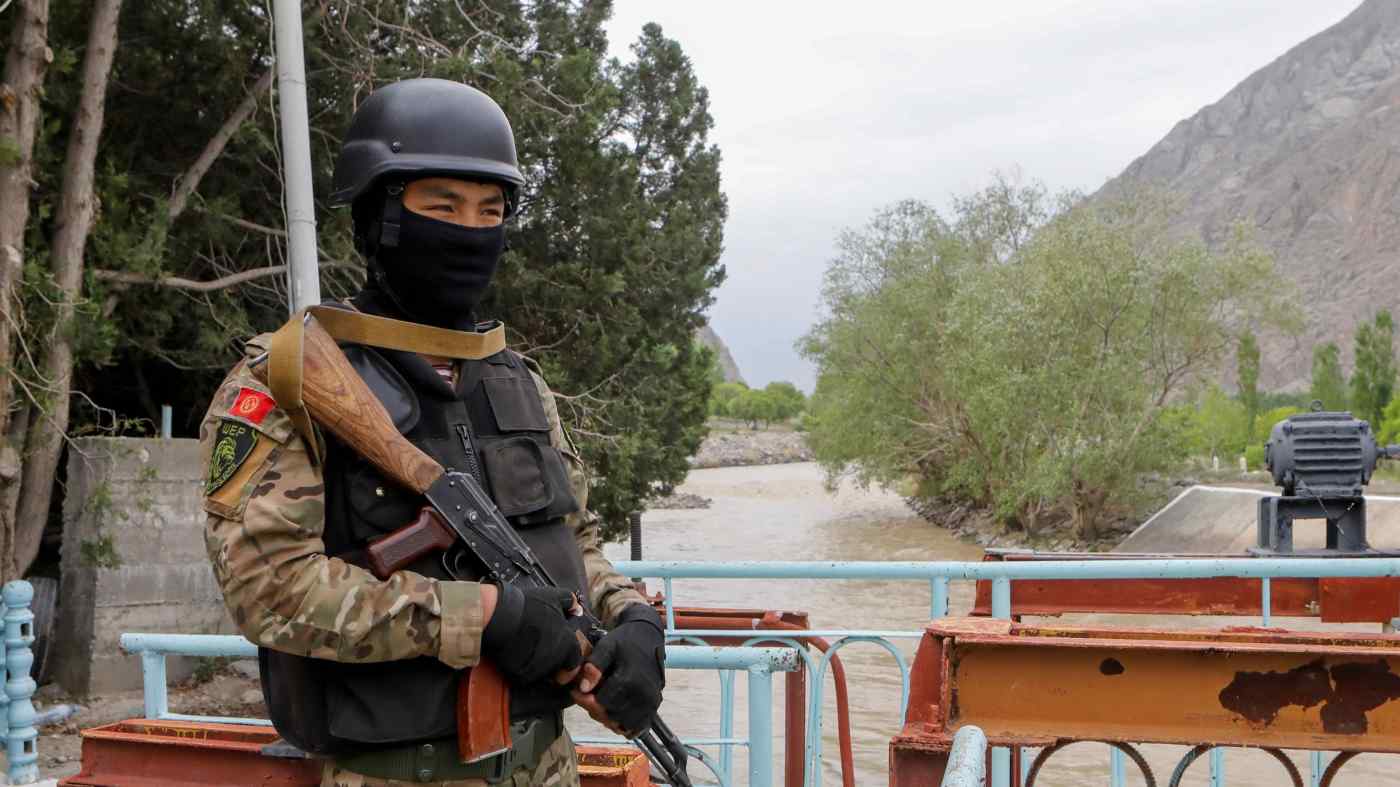 BISHKEK (Reuters) -- Kyrgyz and Tajik border guards exchanged fire in three separate incidents on Wednesday after a dispute over the border between the two Central Asian nations, officials on both sides said.

The clashes, which come on the eve of a regional security body meeting and against the background of fighting between Russia and Ukraine as well as Azerbaijan and Armenia, started after Kyrgyz border guards accused the Tajiks of taking positions at a part of the border that has not been demarcated.

Both Kyrgyzstan and Tajikistan are allied with Russia and host Russian military bases, but fighting over border issues is frequent and last year almost resulted in an all-out war between the former Soviet republics.

The Tajik side said in a statement Kyrgyz border guards opened unprovoked gun and mortar fire on their outpost. Tajikistan's border force said one border guard was killed in the incident and another two were injured, the RIA Novosti news agency reported.

Kyrgyzstan said two of its servicemen were wounded and that two more incidents took place in different border areas, although all three shootouts happened along the Batken province border.

Kyrgyz and Tajik leaders are expected to attend a summit of the Shanghai Security Organisation in Uzbekistan this week alongside Russian President Vladimir Putin and Chinese leader Xi Jinping as well as a host of other world leaders.