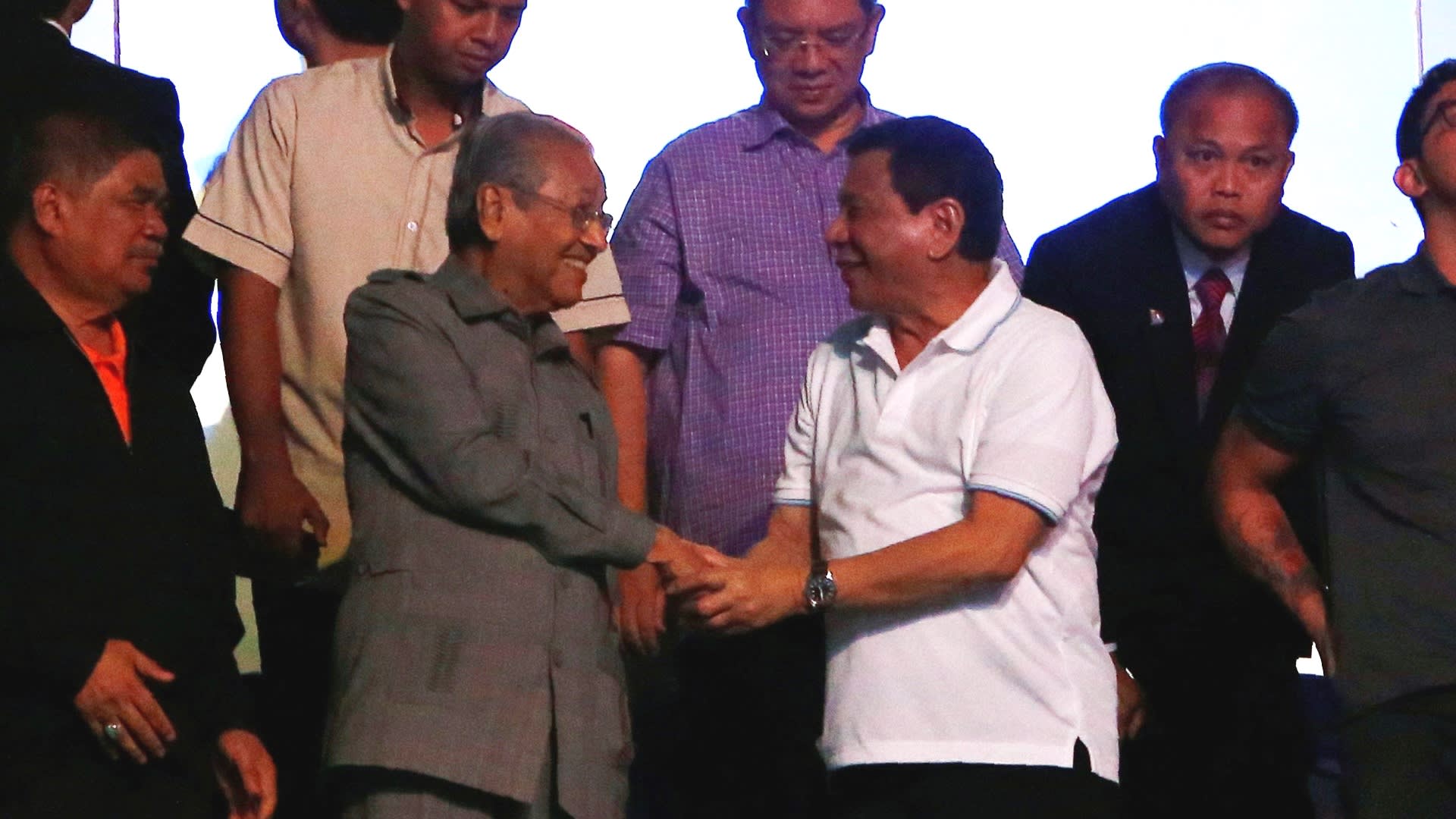 Mahathir proposed Monday's summit with Duterte, according to the Philippine side. The day before, the two leaders watched a boxing match featuring popular Philippine politician and professional boxer Manny Pacquiao -- an unusual event for Mahathir, who is said to shun violent spectacles like that.

At the end of last month, the Malaysian visited Indonesia and confirmed with President Joko Widodo the two countries' close alliance on security matters. Since last year, Malaysia, Indonesia and the Philippines have together run aerial and maritime surveillance programs to keep watch on extremist groups' activities.

Shortly after being sworn in as prime minister for a second time following his rule from 1981 to 2003, Mahathir received visits from Singaporean Prime Minister Lee Hsien Loong and Brunei's Sultan Hassanal Bolkiah.

Mahathir is expected to start discussing regional issues in earnest -- particularly the South China Sea -- with other leaders at November's ASEAN summit meetings and other gatherings. Last year, ASEAN leaders and China began negotiations to create a code of conduct aimed at averting maritime conflict, but hashing out the code is expected to be a rough process, due to differences in opinion among the parties.

The reemergence of Mahathir, who opposes the presence of warships in the South China Sea, raises the possibility that ASEAN will shift away from the relatively accommodating approach it has taken toward China in recent years.

In his previous time as prime minister, Mahathir pushed his own ideas -- such as creating an East Asia Economic Caucus -- among ASEAN members. His return to power could help lend the 10-nation bloc new vigor, but promoting his views unilaterally could stir discord in the body, which generally requires consensus among all members to take action.