Mahathir stands by Kashmir comments, but says impact of Indian boycott to be studied 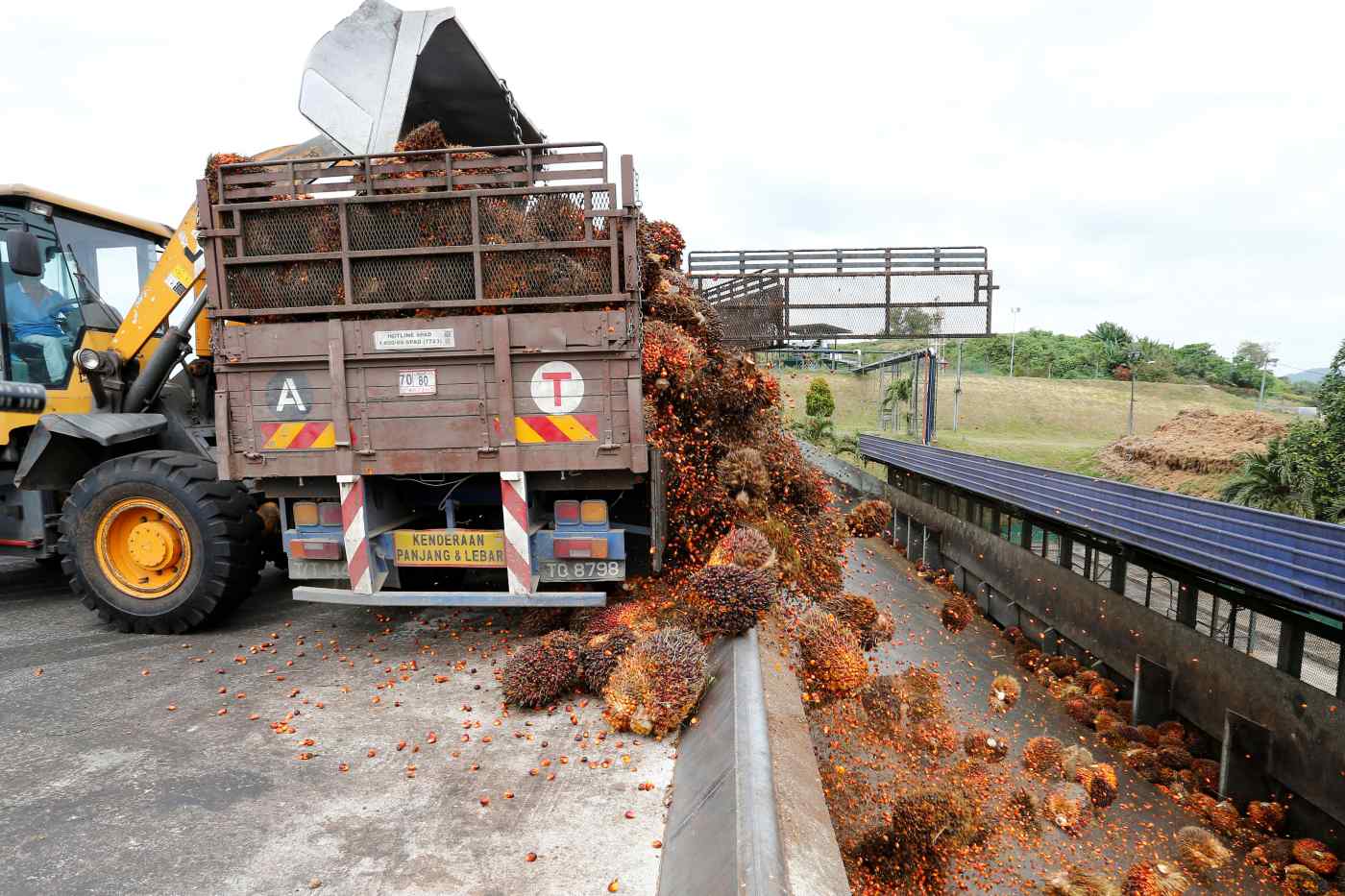 Malaysia is one of the world's leading palm oil exporters, with the commodity accounting for about 4 per cent of its annual economic output.   © Reuters
October 22, 2019 20:45 JST | Malaysia
CopyCopied

KUALA LUMPUR (Nikkei Markets) -- Malaysia will study the impact of a call by an Indian trade body to halt palm oil imports as it awaits official communication from New Delhi on any potential measure that could dent shipments of the commodity.

"We will study the effect of the boycott," Malaysian Prime Minister Mahathir Mohamad said at a news conference. "What is important is that their government has not said anything. So we will see what the government policy is going to be like."

The comments come after trade body the Solvent Extractor's Association of India advised its members to avoid purchasing Malaysian palm oil in a move to show solidarity with the Indian government. New Delhi has expressed disapproval about Mahathir's comments on Muslim-majority Kashmir state, after he said at a United Nations General Assembly last month said India had "invaded and occupied" the northern Kashmir state.

On Aug. 5, India imposed restrictions on the movement and communications of people in Kashmir to stop unrest in the region, to which both India and Pakistan lay claim.

Some media reported that India was considering curbing Malaysian imports after Mahathir's comments.

However, Muslim-majority Malaysia will continue to speak out on the Kashmir conflict, Mahathir said, adding that he would not retract his previous statement.

In a seemingly retaliatory move, Atul Chaturvedi, president of the Mumbai-based trade body, asked members to avoid buying palm oil from Malaysia until "such time as clarity on the way forward emerges from the Indian government." The association counts 875 members with annual processing capacity of up to about 30 million tons of oil seed.

India is the world's largest buyer of vegetable oils.

Still, Malaysia has no immediate plan to report the boycott to the World Trade Organization, Mahathir said.

Last year, Malaysia exported more than two million tons of palm oil, worth about $1.63 billion, to India. Malaysian officials have attempted to repair bilateral relations since the Kashmir row by offering to raise imports of raw sugar and other products that will help India potentially shrink its trade deficit.

While palm oil accounts for just under 4% of Malaysia's annual economic output, the industry has an outsized political influence in the Southeast Asian nation, with hundreds of thousands of smallholders depending on the commodity for their livelihoods.

The looming risk of curbs to Indian imports comes at a time when tepid global demand for palm oil and rising output have swelled inventory, weighing on prices of the commodity that is widely used in products from cosmetics to food. A lingering dispute following the European Union's proposed restriction on palm oil imports, due to the industry's links to deforestation and unsustainable farming practices, has also blurred the prospect of any sharp uptick in prices.

Malaysia and Indonesia, which together account for about 90% of the world's palm oil supply, are committed to challenging the EU's proposed act to limit palm oil usage in biofuels via the WTO's dispute settlement body by the end of this year, said Malaysia's Primary Industries Minister Teresa Kok.

"The EU's delegated act will continue to cast a bearish sentiment in the international palm oil market due to negative publicity," Kok said at an industry event. "Prices will be affected negatively."

"We will work together with Malaysia to challenge the EU's decision. But [we] will go to court separately. We are communicating with our lawyers," Indonesia's Deputy Economic Affairs Minister Musdhalifah Machmud said at the same event.

Crude palm oil futures were likely to come under pressure, trading between 2,000 ringgit a ton and 2,200 ringgit a ton amid lukewarm export demand, higher output and the potential purchase halt by Indian buyers, said Sathia Varqa of Palm Oil Analytics.

Crude palm oil prices could recover to 2,200 ringgit per ton to 2,400 ringgit a ton in the first half of next year, supported by lower output from Indonesia and a higher use in biodiesel, Varqa added. "But still, there is risk over whether Indonesia will be able to implement its mandate [on the use of B30 biofuel] on Jan 1, 2020."

Indonesia is currently working with vehicle associations and research centers to implement the so-called B30 biodiesel program, involving the use of 30 per cent biofuel in cars, from Jan. 1, despite challenges, Musdhalifah said. "With B30, we will use more than 9.6 million (metric) tons of palm oil for biofuel next year."