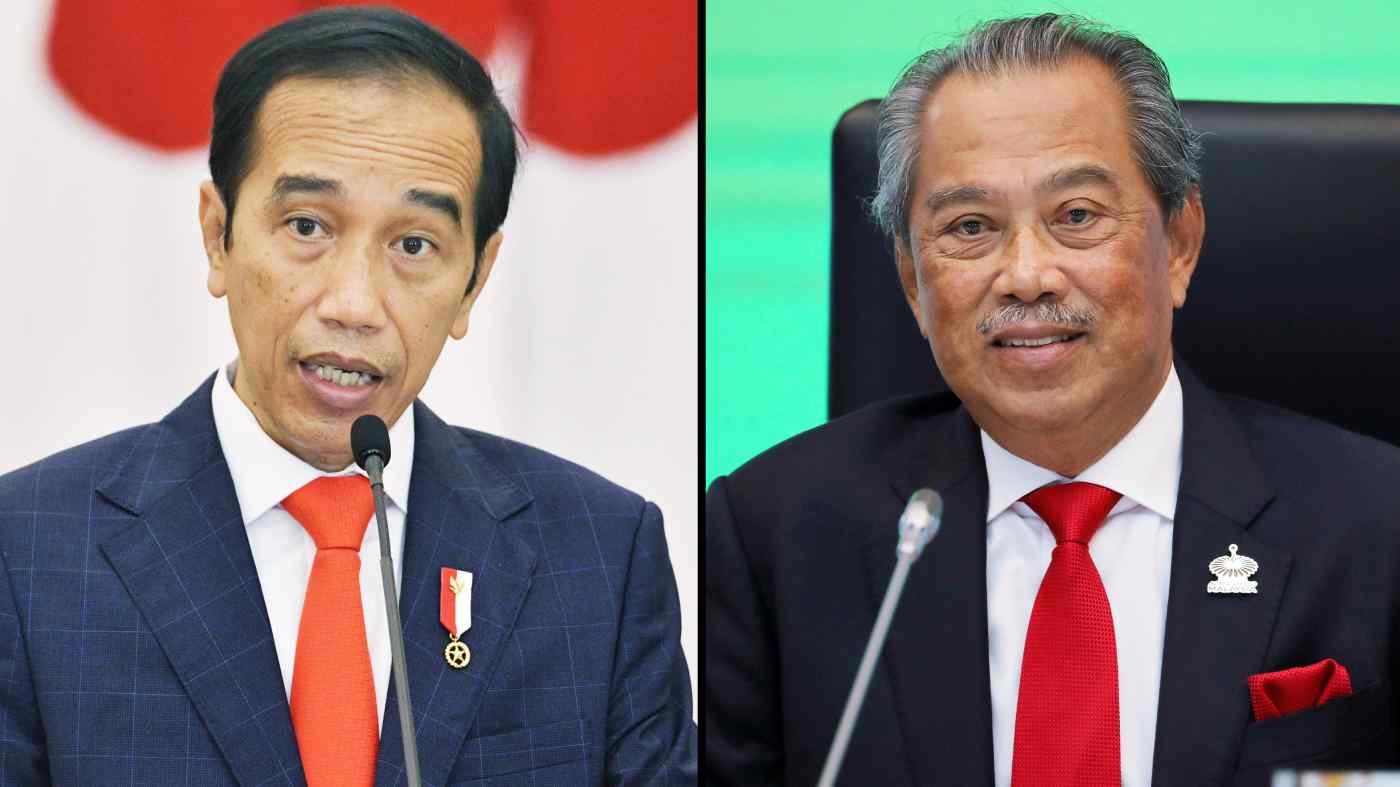 A bilateral meeting with Indonesian President Joko Widodo is on the agenda. Muhyiddin could use the trip to boost his reputation at a time when he is believed to have lost the confidence of Malaysia's parliament.

The two leaders are expected to discuss green lane travel arrangements between the two countries -- similar to their separate prior arrangements with Singapore -- and seek to coordinate efforts on fighting anti-palm oil campaigns in the West, Malaysia's Foreign Ministry said in a statement. Indonesia and Malaysia are the largest palm oil producers in the world.

Muhyiddin, who is leading a small delegation, would also be seeking to learn from Indonesia's experience in rolling out the coronavirus vaccine.

"To acquire best practices in the use of COVID-19 vaccines, especially since Indonesia has begun its vaccination rollout programme on its citizens. This knowledge-sharing initiative will benefit Malaysia especially as we begin our own vaccination programme in the near future," the statement read.

Jokowi, as the Indonesian leader is known, will be hosting Muhyiddin at the Istana Merdeka in Jakarta. The date and time of their summit are not yet confirmed.

Muhyiddin is also expected to lobby for the potential involvement of Malaysian businesses to ensure the successful implementation of Indonesia's plan to relocate its capital from Jakarta to East Kalimantan.

Indonesia's foreign ministry said the leaders will discuss the potential travel corridor, as well as the protection of Indonesian migrant workers in Malaysia, border issues, and economic and trade cooperation.

"The two leaders are also planning to discuss various regional and global issues -- including ... cooperation to tackle negative campaign against palm oil," the ministry said in a statement on Wednesday.

Ei Sun Oh, a senior fellow at the Singapore Institute of International Affairs, said Malaysia's bilateral relations with Indonesia are a diplomatic priority for Kuala Lumpur, next to those with Singapore and the U.S.

"In a sense, it underscores again the cordial working relationship between the two neighbouring countries," he said.

Analyst Sivamurugan Pandian of Malaysian Science University said the dynamics of the bilateral ties between Indonesia and Malaysia can been seen from the high trade volume in recent years, and Muhyiddin's visit could be beneficial for both parties.

He said also Malaysia could also learn from the strength and weakness of Indonesia's vaccine delivery system.