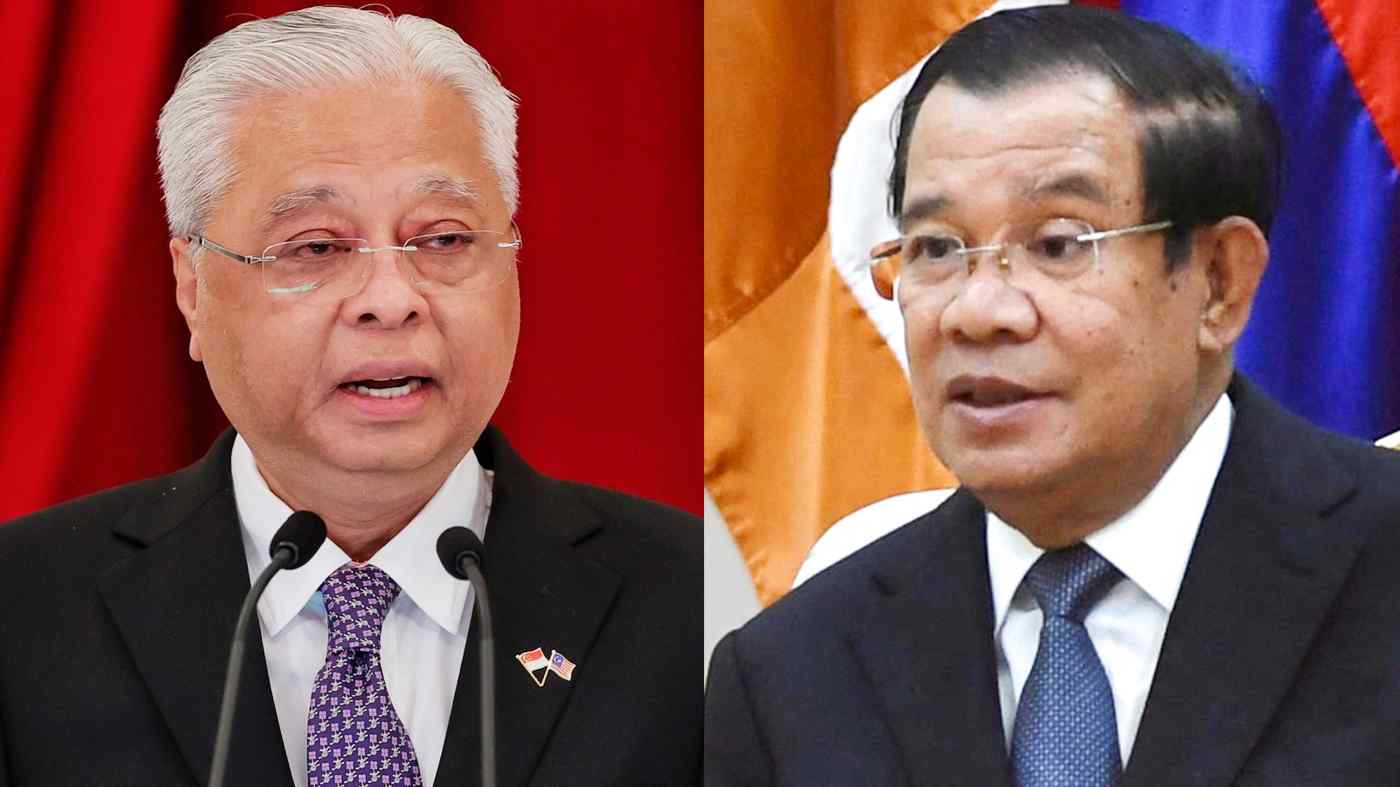 KUALA LUMPUR -- Malaysia will not support any attempts to invite political representatives from Myanmar to meetings of the Association of Southeast Asian Nations, Prime Minister Ismail Sabri Yaakob told his Cambodian counterpart Hun Sen on Tuesday.

Ismail Sabri spoke with Hun Sen, whose government holds the rotating ASEAN chair this year, over video conference at the latter's request, according to a statement from the Malaysian Ministry of Foreign Affairs. The call came amid friction between the countries over Hun Sen's controversial visit to Myanmar earlier this month.