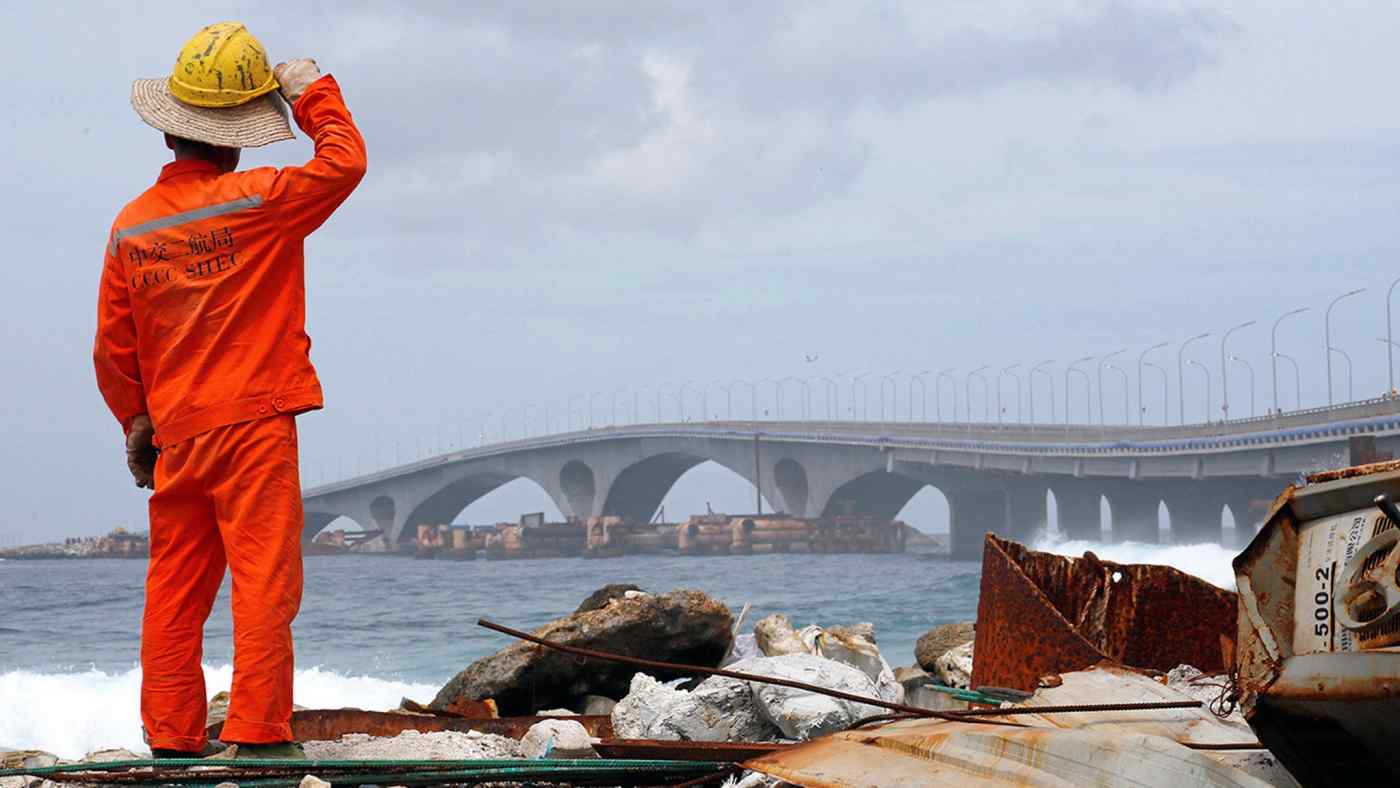 TOKYO -- The Maldives' Finance Minister Ibrahim Ameer said Thursday that the island nation owes a total of $1.4 billion to China, the same amount that India had pledged in financial aid to the newly elected President Ibrahim Mohamed Solih.

Solih made his first official visit abroad to India on Monday. Ameer explained to reporters in Tokyo that $1.4 billion is the total amount of loans committed by the Chinese, of which $666 million has been drawn down so far. He added after the press conference that the total amount that will be deployed is expected to be $850 million by year end, as Beijing advances its infrastructure projects in the country.

The finance minister further revealed that the interest rates on concessional loans from China are between 1.5% to 2%, while those on loans made under sovereign guarantee are around 6% to 7%. Ameer said that the new government is negotiating the terms of the latter with the Chinese ambassador. "We are mostly looking into increasing the repayment period," he said.

Minister of Economic Development Fayyaz Ismail told the Nikkei Asian Review on the sidelines of the press conference that his government is also reviewing whether any of the projects financed through sovereign guarantees has a "damaging impact on our economy and whether they have been conducted [in] clear and fair [ways]." So far, he said he had not found any issues with ongoing projects.

Maldives, under the former administration of President Abdulla Yameen, took substantial loans from Beijing for infrastructure projects, including bridges, airport and housing developments, falling into what the international community called China's "debt trap." 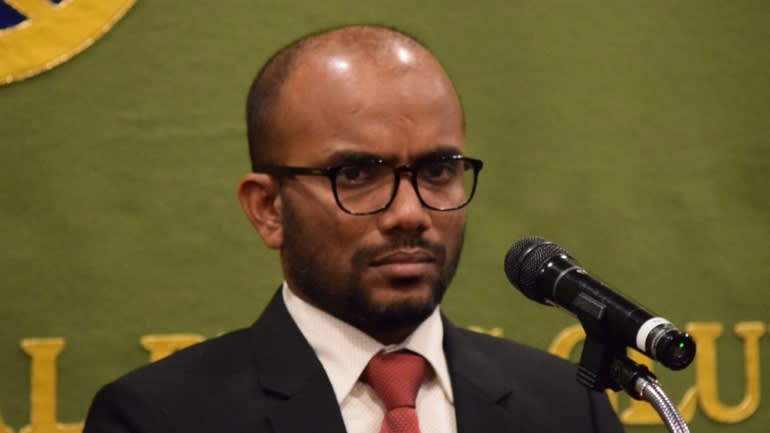 Ibrahim Ameer, finance minister of the Maldives, said he is negotiating the terms with the Chinese ambassador to the island nation during the press conference at the Japan National Press Club in Tokyo on Dec. 20. (Photo by Kenji Kawase)

The new Solih administration which defeated Yameen in the September election has been recalibrating its foreign policy priorities and rekindling its relationship with India.

Foreign Minister Abdulla Shahid said the newly elected government is pursuing a foreign policy of "good relations with everyone," but he also stressed its "special bond and friendship" with India.

Shahid added: "However much administration in the Maldives tries to push India away, the geographic proximity of the subcontinent remains so with the Maldives," referring to the former government's sway toward China. On the other hand, he described China as "a friend."

On whether the previous government had handed over any of its islands to China, Shahid replied that voters were "clearly sensing the possibility of entire country being sold to foreign country [and] voted out the regime of President Yameen."

He clarified that none of the islands were leased or taken over by any foreign interests besides specific tourism investments, but he stressed that it was the voters that "prevented" this from happening. His remarks were seen as a reference to Sri Lanka's fate.

Sri Lanka, its neighbor, handed over its southern port of Hambantota to the Chinese, headed by state-owned China Merchants Port Holdings, on a 99-year lease, after it failed to repay debts to Beijing. Ameer said: "With the Chinese investments, we see that there is a clear pattern, when we look at the Sri Lankan case."

The International Monetary Fund has warned Maldives that managing the surge in infrastructure investment will be the "main challenge" as it is "creating risks from high and rising public debt."

Along with a widening current-account deficit and low international reserves, it "leaves the Maldives inherently vulnerable under this constellation of risks and reduced policy space," IMF said in a report published last December.

While partially admitting the risk, Ameer pledged to take prudent fiscal measures. He said he would also be transparent about debt management, including the disclosure of loan details on the government website. These are measures that the previous government failed to do. "We can manage the debt situation with the help of the international community," he said.

Although the amount that India has pledged is equivalent to the amount owed to China, Ameer told Nikkei that "there's no relation between that."