Maldives unrest shapes into proxy fight for China and India

NEW DELHI -- The growing political turmoil in the Maldives is threatening to become a major flashpoint between India and China, with the regional giants supporting opposite sides of a rapidly evolving situation.

Known for its beach resorts, the Maldives is a small island nation located in the Indian Ocean. Trouble began there on Feb. 1, when the Supreme Court quashed the conviction of former President Mohamed Nasheed, who fled to the U.K. after being detained on terrorism charges. It also ordered the reinstatement of 12 lawmakers who had been stripped of their seats.

But current President Abdulla Yameen rejected the decision. He declared a state of emergency on Monday and proceeded to arrest two Supreme Court judges as well as former President Maumoon Abdul Gayoom. Yameen was likely concerned he could lose his grip on power should Nasheed run in the next general elections this fall.

The Maldivian president's office on Thursday announced it has sent Economic Development Minister Mohamed Saeed to China, in a likely move to prove Yameen has international support. An envoy is being sent to Saudi Arabia as well.

"The international community shall play a constructive role on the basis of respecting the sovereignty of the Maldives, instead of further complicating the situation," Chinese Foreign Ministry spokesman Geng Shuang told reporters on Wednesday. His comments both demonstrated Beijing's support for the Maldives' current leadership and warned other countries, like India, against getting involved.

Geng also called recent remarks by Nasheed "totally groundless" at a regularly scheduled news conference on Thursday, according to AP. 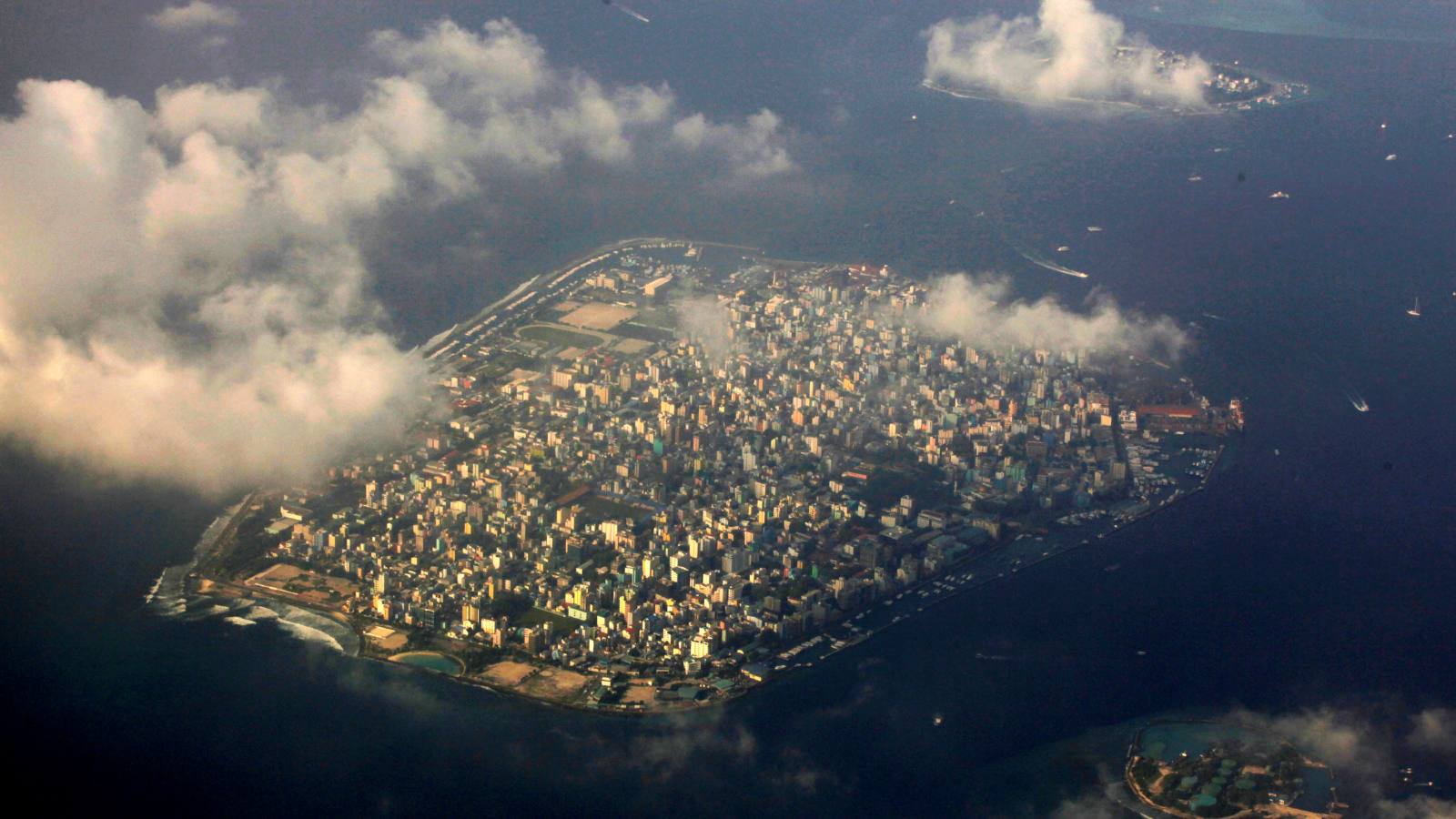 Speaking in Sri Lanka last month, Nasheed had told reporters that China was "busy buying up the Maldives," and that Yameen had opened the doors to Chinese investment without regard for procedure or transparency.

"China's aid to the Maldives has no political strings attached and does not harm the Maldives' sovereignty and independence at all, still less jeopardize security in the Indian Ocean," said Geng.

U.S. President Donald Trump and Indian Prime Minister Narendra Modi, meanwhile, discussed a number of issues by phone on Thursday, including developments in the Maldives. The two leaders "expressed concern about the political crisis in the Maldives and the importance of respect for democratic institutions and rule of law," the White House said in a statement. Mohamed Nasheed, former president of the Maldives, speaks during an interview in Colombo, Sri Lanka, on March 29, 2017.   © Reuters

The Maldivian opposition is counting on help from New Delhi. "We would like the Indian government to send an envoy, backed by its military, to free the judges and the political detainees," Nasheed, who heads the Maldivian Democratic Party, said in a statement on Tuesday.

India sent its military to the Maldives during an attempted coup in the 1988, in response to a request from the country's then-president. This time, it is the opposition calling for help from its neighbor. "The arrest of the Supreme Court Chief Justice and political figures are ... reasons for concern," India's Ministry of External Affairs said in a statement Tuesday.

The Indian navy has bolstered its regular patrols of the Indian Ocean, according to a government source. It also deployed by Tuesday several smaller vessels from its southern military port of Kochi, which are now anchored about two and half hours away from the Maldivian capital of Male. "The vessels are waiting for radio communication so they can enter Male should anything happen that harms India's national interests," the government source said. Maldives President Abdulla Yameen and Chinese President Xi Jinping at the Great Hall of the People in Beijing on Dec. 7, 2017.   © Reuters

The ongoing turmoil could help China extend its influence over India's neighbors, as it has been doing under the Belt and Road economic initiative. The Yameen administration is bolstering economic ties with Beijing, and even signed a bilateral free-trade agreement in December. Chinese cash is driving infrastructure development in the Maldives as well. Over 70% of the country's external debt is owed to China, according to the Maldivian Democratic Party.

Neighboring Sri Lanka handed over its Hambantota port to China last December on a 99-year lease in an attempt to reduce its external debt. If the Maldives receives further assistance from Beijing to prop up the current government, "we won't be able to defy China at all for the next century," a local reporter said.

India is on edge as more Chinese ships and submarines sail into the Indian Ocean. The countries were also involved in an over two-month standoff at their border with Bhutan. Increased involvement by China in the Maldives could lead to a maritime impasse as well.