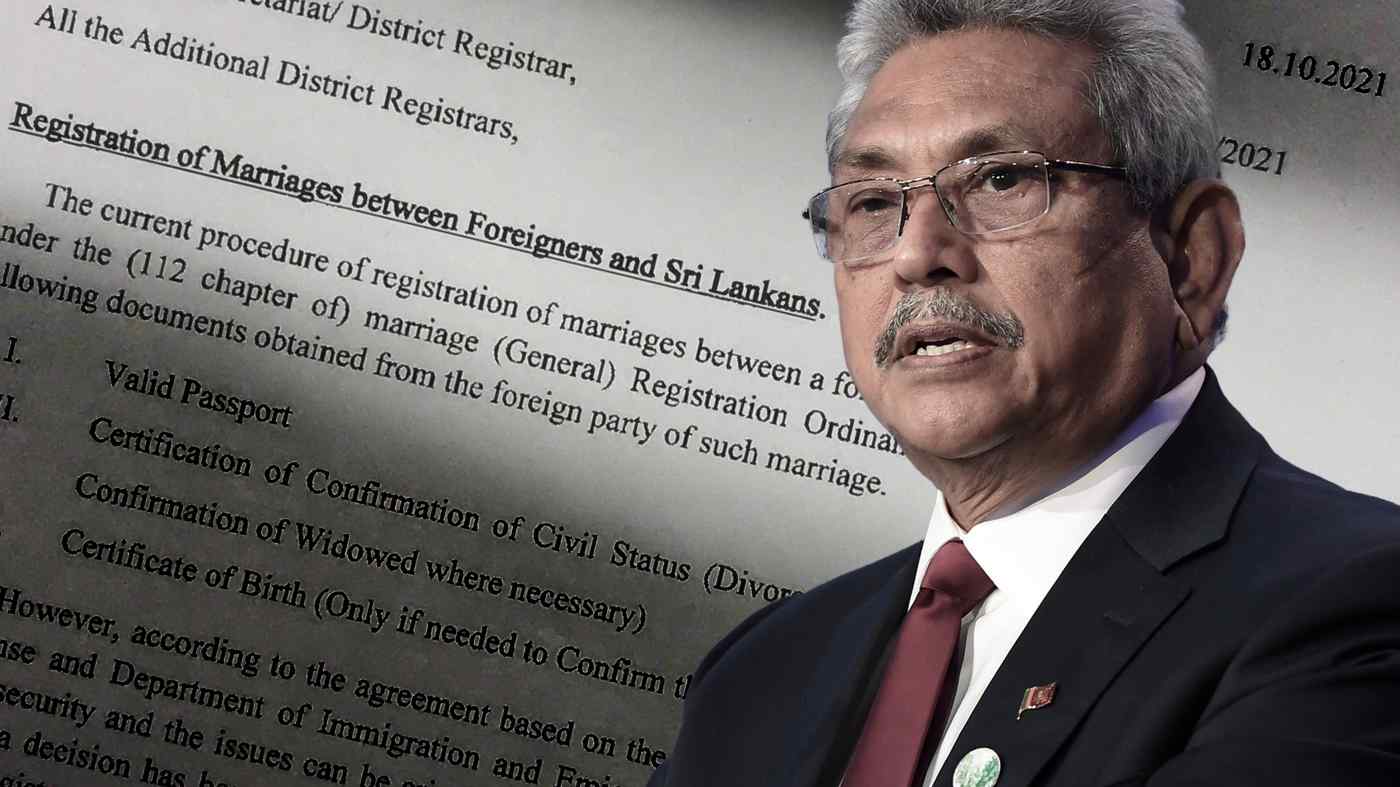 COLOMBO -- Nithya Jayakody, a Sri Lankan citizen, was busy making elaborate plans with her European fiance for a grand wedding in Sri Lanka in August this year, but her nuptials were dealt a serious setback after the government announced in late December that starting Jan. 1, all marriages between Sri Lankans and foreigners must be approved by the country's Defense Ministry.

The legal circular, which was released just a week before it came into effect, has infuriated Nithya, who works as a lawyer in Switzerland. She is now rethinking her decision to marry in Sri Lanka, which would deprive her relatives and friends of the chance to celebrate with Nithya one of the most important days of her life.