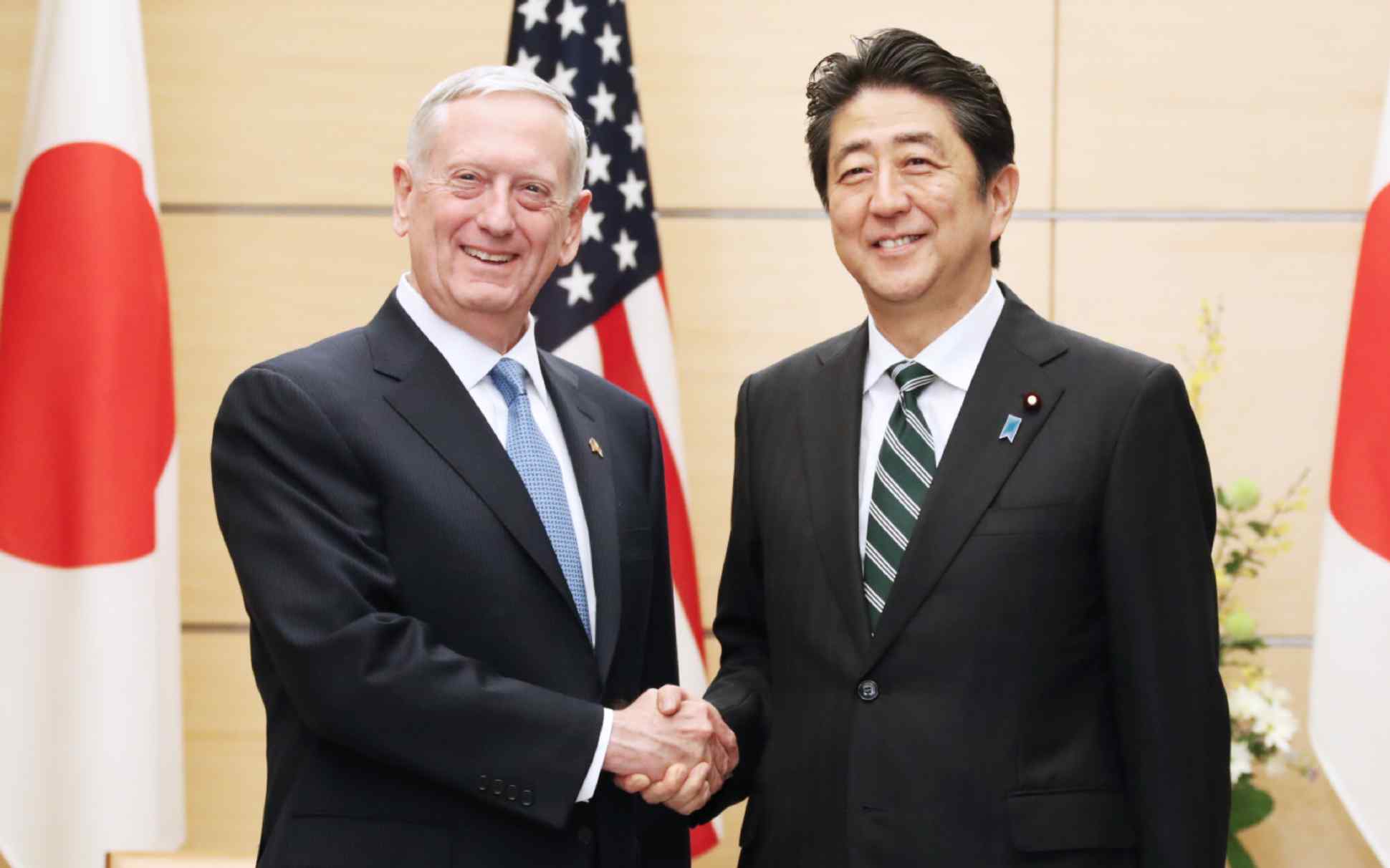 TOKYO -- U.S. Defense Secretary James Mattis reaffirmed the U.S.'s commitment to its defense treaty with Japan in a meeting with Japanese Prime Minister Shinzo Abe here on Friday. A Japanese official who attended the meeting said Mattis confirmed that the treaty extended to the Senkaku Islands -- which China claims and calls the Diaoyu -- in Okinawa Prefecture.

"I want there to be no misunderstanding during the transition in Washington that we stand firmly, 100%, shoulder to shoulder with you and the Japanese people," Mattis said at the start of the meeting.