Modi and Xi agree to boost communication between their militaries 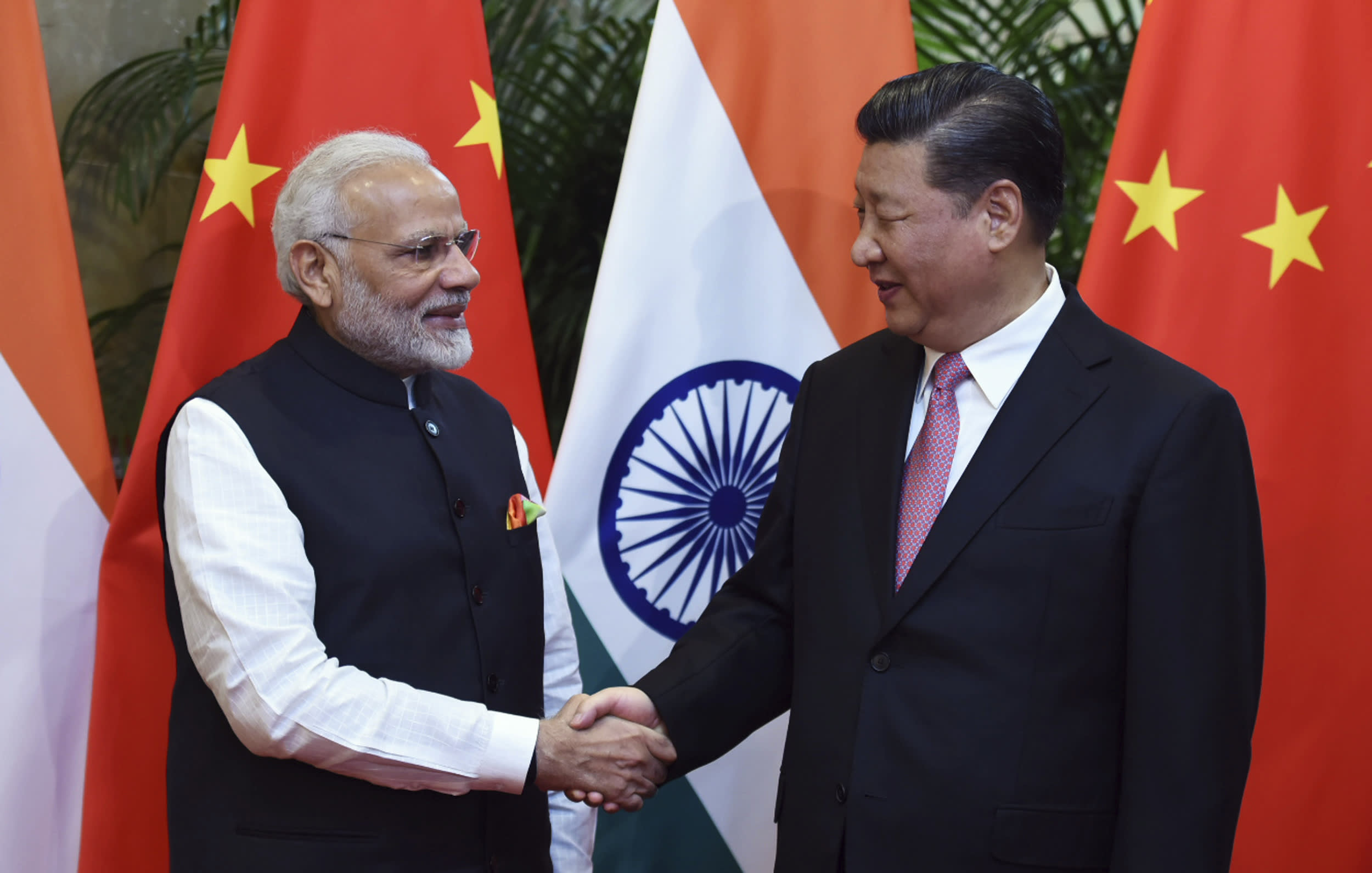 The meeting in the picturesque central Chinese city of Wuhan came less than a year after a 73-day military standoff on the Doklam plateau bordering Bhutan -- the longest such confrontation between the two countries in decades.

"The two leaders underscored the importance of maintaining peace and tranquillity in the India-China border regions. They decided they will strengthen communication between the two militaries in order to build trust and understanding," India Foreign Secretary Vijay Gokhale told reporters.

The meeting, which is believed to have been suggested by China, follows the Indian leader's visit to the south-eastern Chinese city of Xiamen last September for a summit of the BRICS countries (Brazil, Russia, India, China and South Africa). He is slated to visit Qingdao in June for a Shanghai Cooperation Organisation summit, making it the third China trip for Modi in less than a year.

Among the key takeaways from the two leaders' Wuhan meeting, Gokhale said, is that these informal meetings to discuss issues of common interest will continue.  The "greater strategic communication at the leadership level and at the level of two governments allows for free and frank discussions on all matters of interest," he said.

"The two leaders were very clear that we have converging interests, we have our respective visions of domestic and foreign policy, that we will work together and use strategic communication in order to ensure that we are able to improve the situation regionally, internationally, and wherever we can work together we would like to work together," he said.

Gokhale said the relationship between the two countries has been improving since the meeting at the BRICS summit in Xiamen.

"From that period onwards it was agreed between the two sides that we will find ways to work together to converge our interests, to improve the atmosphere of the relationship." 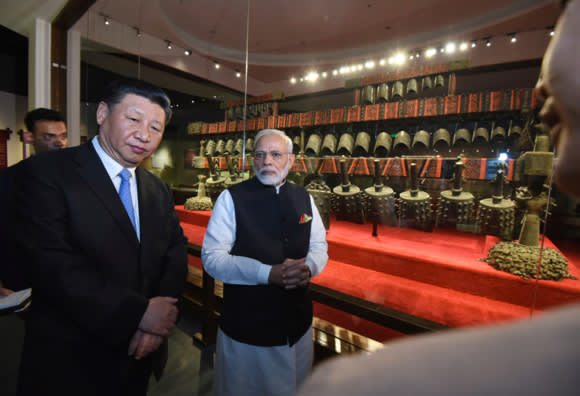 Indian Prime Minister Narendra Modi, right, and Chinese President Xi Jinping met at a lakeside resort in China on Friday amid tensions along their contested border. (Indian Ministry of External Affairs via AP)

In a series of tweets on the meeting, Modi said a "strong India-China friendship is beneficial for the people of our nations and the entire world." He said the talks focussed on diverse areas of cooperation. "We discussed ways to give impetus to our economic ties as well as people-to-people relations. Other areas we spoke about include agriculture, technology, energy and tourism."

Xi said in the past three years, the two leaders have developed a good working relationship through mutual visits and meetings at multilateral events. "The great cooperation between our two great countries can influence the world," he was quoted as saying by China's official Xinhua news agency.

The meeting was somewhat unusual in that Xi does not normally receive foreign dignitaries in provincial cities. It also comes just over a month before Modi will be in China again for the Shanghai Cooperation Organisation summit.

"A bilateral meeting on the margins of the SCO Summit in Qingdao would not have afforded the right occasion for such a dialogue, besides lacking the symbolism of a standalone visit outside Beijing, signifying personal commitment on the part of both Modi and Xi, who propose to continue their informal conversations," said Ashok Kantha, India's former ambassador to China.

The CPEC is a signature project in China's Belt and Road Initiative. China has kept its door open for India to join the effort but New Delhi has refrained from committing, partly because it thinks CPEC challenges its sovereignty as it passes through Kashmir, an area of territorial dispute with Pakistan.

A statement issued by the Indian government after the Modi-Xi meeting said the leaders believe that the emergence of India and China as two large economies and major powers has implications of regional and global significance.

"They shared the view that peaceful, stable and balanced relations between India and China will be a positive factor for stability amidst current global uncertainties," it said.

The two leaders agreed that India and China would continue to act as engines for global growth in the future and reiterated the importance of building "an open, multipolar, pluralist and participatory" global economic order. Analysts said the meeting is significant as Modi faces general elections next year for a second five-year term and would like to have a success story with regard to China.

"Before going to elections he can say: 'Look, I have achieved something with regard to China,'" said Pankaj Jha, a professor of defense and strategic studies at the O.P. Jindal Global University and former research director of the Indian Council of World Affairs.

For China, better relations with India may also be a way to hedge its bets as trade relations deteriorate with the U.S.

"The international situation is changing very fast with reference to growing uncertainty and unpredictability on part of President [Donald] Trump," said Prashant Kumar Singh, associate fellow at the Institute for Defence Studies and Analyses.

He added that it isn't just India and China which are trying to "reset" their relations; Japan and Vietnam are also talking with China. "This entire India-China effort can be viewed in the larger context of changing Asian dynamics with reference to growing uncertainty and unpredictability on part of America."

Both Singh and Jha said that China is also keen to bring India on board with its Belt and Road Initiative. "China needs India because India's opposition to the BRI basically questions the internationalist appeal of the BRI," Singh said.

If India gets involved, some African countries might also drop their guard against BRI, Jha said, adding that with India being the biggest democracy and a major economy, it has the potential to influence these developing nations' views.