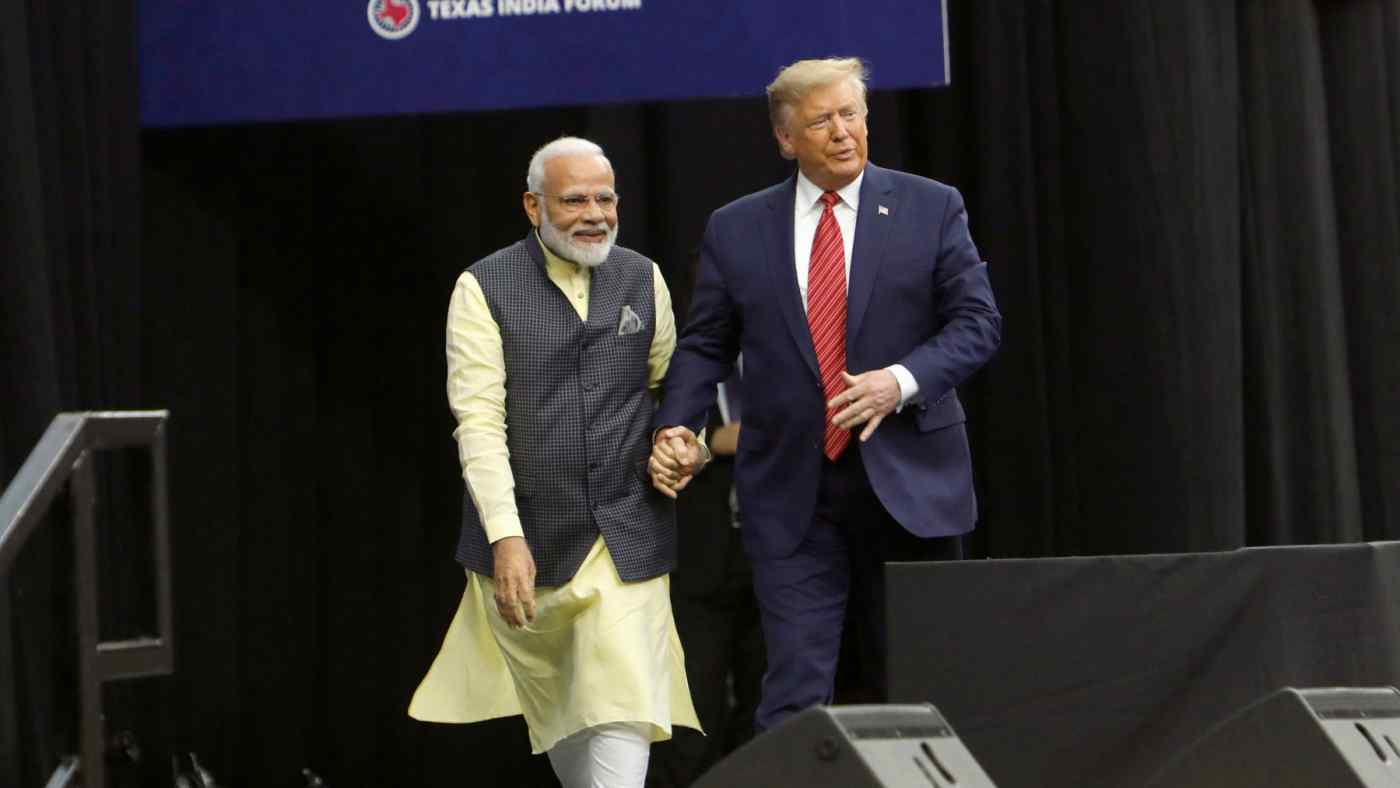 NEW YORK -- When Democratic U.S. presidential candidate Tulsi Gabbard was questioned this week over a picture of her wearing a stole with the logo of India's Hindu-nationalist Bharatiya Janata Party next to one of its supporters, she quickly distanced herself.

"Sometimes... people come up and they want to take a picture," said the congresswoman from Hawaii, who is also a practicing Hindu, at a campaign event on Sunday in New Hampshire. "Somebody put something around my neck and snapped a picture without my knowing what it was."

Gabbard's perceived ties to Indian Prime Minister Narendra Modi's ruling party, which has long been accused of undermining India's religious minorities, have been a target for critics. Her response to the question in an important primary election state was the latest sign that BJP's reputation has taken a toxic turn in Washington as the party continues to push forward its Hindu nationalist agenda, further accelerated by the passage of a new citizenship law last month that critics say discriminates against Muslims.

The push back comes as a blow to Modi who has been pursuing stronger ties with the U.S., with a focus on fostering a personal relationship with President Donald Trump, to create a buffer against China's growing influence.

In a September rally in Houston taglined "Shared dreams, bright futures," the country heads addressed the importance of the India-U.S. strategic partnership, including in security and defense, to a crowd of 50,000.

The Indian government has hired lobbyist Cornerstone Government Affairs for strategic counsel "on strengthening ties to the United States government and institutions." The three-month contract, starting December, is worth $120,000. Cornerstone has represented companies like Google and Boeing as well as countries such as South Korea.

According to a survey by U.S. think tank Brookings Institution, 75% of Indians perceive the U.S. to be the country's most important partner on global issues. 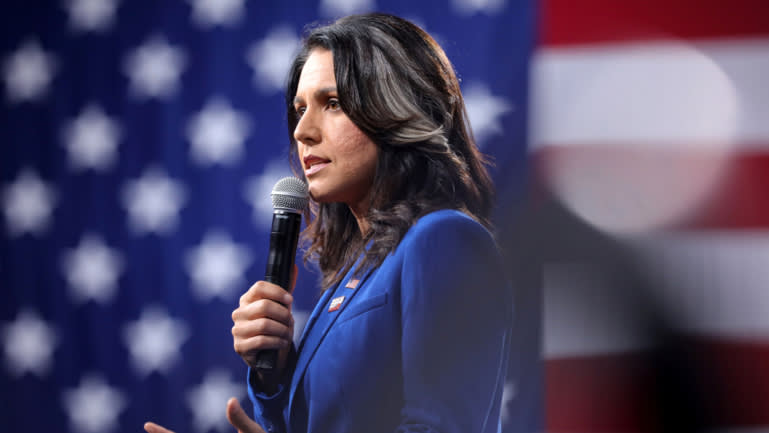 Democratic U.S. presidential candidate and U.S. Rep. Tulsi Gabbard speaks at an event in Des Moines, Iowa. The congresswoman was criticized for having a photo taken wearing a stole with the logo of India's Hindu-nationalist Bharatiya Janata Party.    © Reuters

On Monday, Trump and Modi spoke on the phone, with the Indian Prime Minister expressing his continued desire to further cooperation in "areas of mutual interest," according to a White House readout.

But the controversial citizenship law, plus the Modi government's internet shutdown in Kashmir, now in its sixth month, has raised eyebrows in the U.S. Congress.

Among the critics was Rep. Pramila Jayapal, a Democrat who introduced a House resolution in early December urging India to end the restrictions on communications and mass detentions in Jammu and Kashmir.

"The U.S. and India have an important partnership -- but our partnership can only succeed if it is rooted in honest dialogue and shared respect for religious pluralism, democracy, and human rights," Warren said in a tweet.

Warren's campaign rival Vermont Sen. Bernie Sanders has also spoken out on the situation in Kashmir and called the Trump administration's silence on the issue "unacceptable."

Modi's coziness with Trump has also not "gone down well with Democrats," according to Rajeswari Pillai Rajagopalan, a Distinguished Fellow at India-based Observer Research Foundation.

"It is not clear that India still enjoys the kind of bipartisan support in the U.S. as it did in the last 15 years," Rajagopalan wrote in a January commentary, adding that "it will be a challenge to get it back to even keel, especially if a Democrat wins the White House in November."

"The two countries are united by shared values, a vibrant and active Indian diaspora in the U.S., and have shared concerns about maintaining a free and open Indo-Pacific," Bery told the Nikkei Asian Review in an email. "While there may be more criticism from a Democratic president, the relationship is very much a bipartisan one."

Despite the strengthening relations between the world's two largest democracies, there have been bumps in India-U.S. trade relations due to New Delhi's perceived protectionism.

Early last year, India implemented a law prohibiting foreign companies from selling goods on the e-commerce platforms they operate and from negotiating deals with vendors to sell exclusively on their platforms, which makes doing business difficult for American companies like Walmart and Amazon.