Modi tells Putin that today is 'not an era of war' 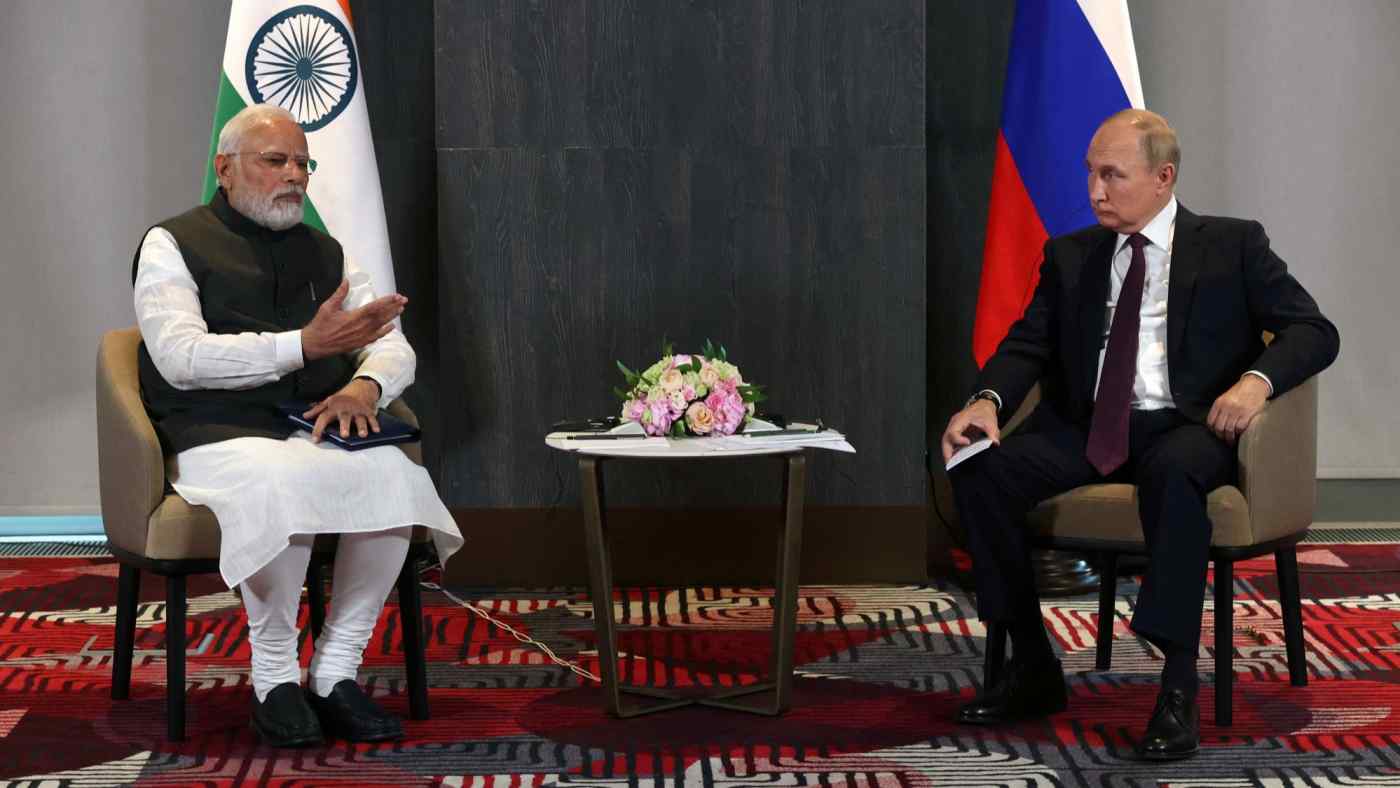 NEW DELHI -- Indian Prime Minister Narendra Modi on Friday told Russian President Vladimir Putin that "today's era is not an era of war" in a televised meeting between the two leaders on the sidelines of a regional summit in Samarkand, Uzbekistan.

"We have spoken about this issue with you many times on the phone also," Modi continued, stressing the importance of "democracy, diplomacy and dialogue." He pointed to aid issues of food security, fuel security and fertilizers as the biggest concern today for the world, especially for developing countries.