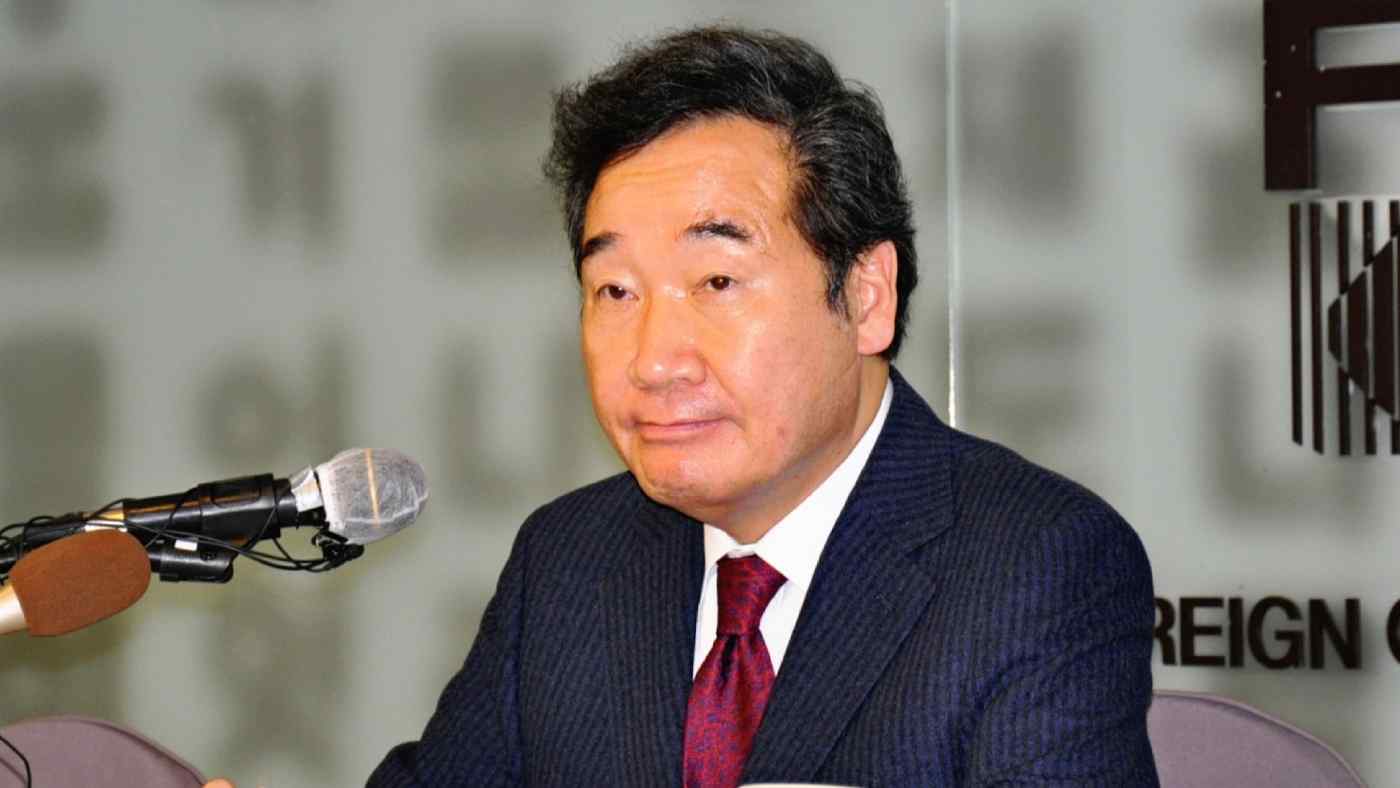 SEOUL -- South Korea and Japan should try to improve bilateral relations before the Tokyo Olympics scheduled for next summer, the leader of South Korea's ruling party said Wednesday.

Lee Nak-yon, who became head the ruling Democratic Party in August and is a leading candidate to succeed President Moon Jae-in as South Korea's leader, spoke at the Foreign Correspondents' Club in Seoul.

"If we help diplomats to find common ground during discussions, I believe we will see positive results," Lee said.

Tokyo holds that the reparation matter was settled when the two countries normalized diplomatic relations in 1965. The country has vehemently contested the ruling, leading it to stop exports of key chipmaking materials to South Korea last year.

Lee, who once worked as a Tokyo correspondent for a South Korean newspaper in the 1990s, is one of the few figures well-versed in Japanese affairs within the Democratic Party.

When Lee was the prime minister from 2017 until January, he oversaw Seoul's response to the wartime labor issue, but he was unable to piece together a solution.

This summer, a South Korean district court has approved the seizure of assets belonging to Nippon Steel in as a step toward liquidating them into cash. The Japanese steelmaker immediately appealed the decision.

"We have made multiple attempts to seek common ground while acknowledging principles both sides seek to protect," said Lee, without mentioning specifics. "There have been behind-the-scenes efforts to push a proposal that is more palatable to the other side."

A South Korean president only serves a single five-year term, and Moon's tenure expires in 2022. As the ruling party chief, Lee is seen as in a strong position to succeed Moon in the Blue House. The main conservative opposition party, currently rebranded as the People Power Party, is not expected to field a viable candidate.

In December last year, then-National Assembly Speaker Moon Hee-sang submitted a bill to the legislature that would have resolved the diplomatic impasse over wartime labor compensation by establishing a fund using donations from Japanese and South Korean corporations and individuals. The bill was scrapped in May due to legislative inaction.

"It's not easy for the legislature and the central government to accept" Moon's proposal, Lee acknowledged Wednesday. However, conservative opposition lawmakers have since introduced an identical bill.

Lee said the Tokyo Olympics presents an opportunity for Japan and North Korea to engage in dialogue. He mentioned the prediction that the North will likely put forward a new foreign policy agenda when the ruling Workers' Party convenes for its next congress in January.

"North Korea used the Pyeongchang Winter Olympics in February 2018 for dialogue," Lee said. "It is possible that Chairman Kim Jong Un sees the Tokyo Olympics as such an opportunity."