Myanmar ships arrive for Malaysia deportees as US raises concern

Rights groups say nearly 100 asylum-seekers among 1,200 detainees to be picked up 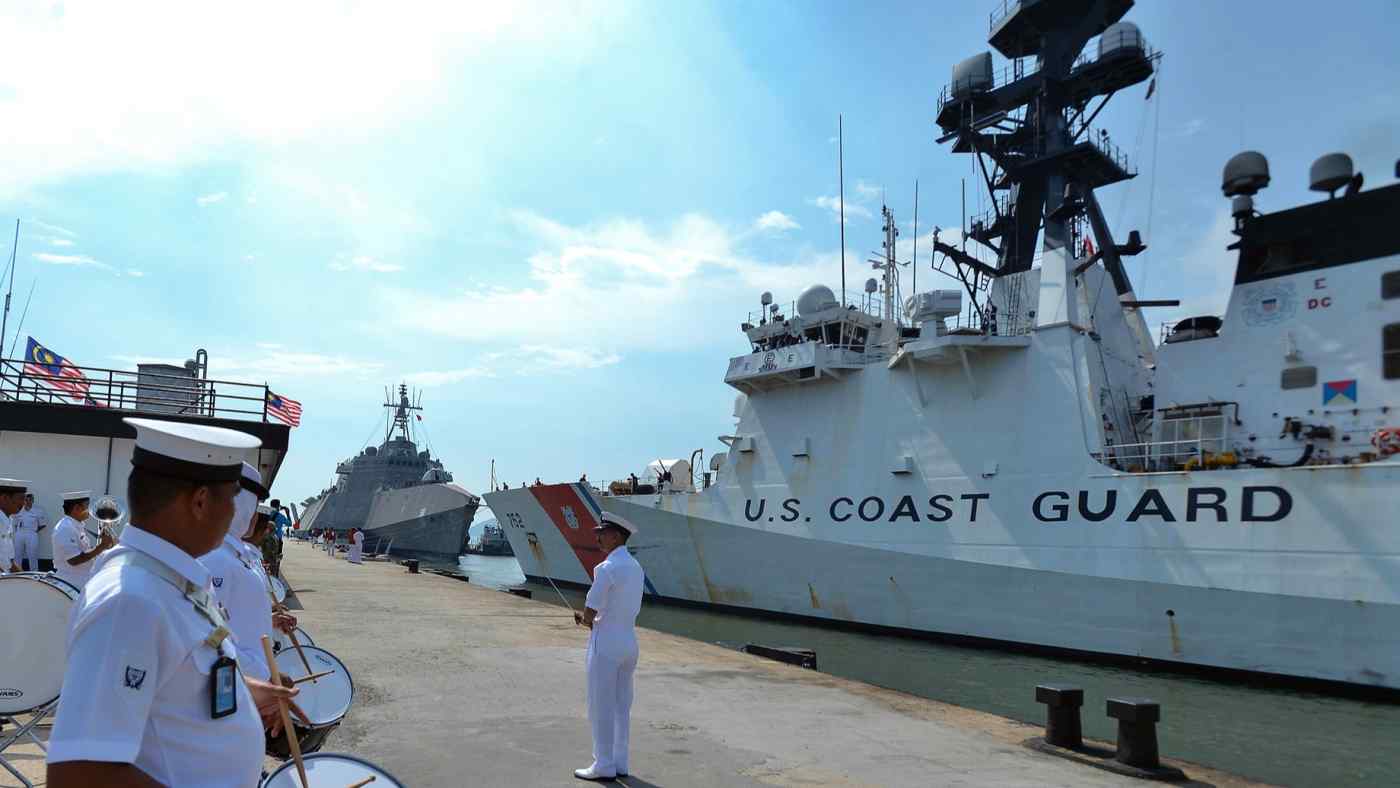 KUALA LUMPUR (Reuters) -- The United States has expressed concerns about Malaysia's plans to deport asylum seekers and others from Myanmar, as the nearby country's navy ships arrived in Malaysian waters to pick them up.

Last week, Reuters reported that Malaysia had agreed to return 1,200 Myanmar citizens after Myanmar's military, which seized power in a Feb. 1 coup, offered to send ships for them.

Nearly 100 asylum-seekers from the Myanmar Muslim and Chin communities are among the deportees, groups representing them have said. Members of both communities have traditionally come to Malaysia after fleeing conflict or persecution at home.

Rights groups say the deportees' lives could be at risk if they are sent back.

Malaysia has vowed not to deport Rohingya Muslims or refugees registered with the United Nations High Commissioner for Refugees (UNHCR). But concerns over deportation of asylum-seekers persist as the U.N. agency has not been allowed to interview detainees for more than a year to verify their status. A Myanmar navy vessel tows a migrant boat in this 2015 file photo. Following the military coup, the country has sent ships to Malaysia to pick up around 1,200 deportees.   © Reuters

Malaysia does not formally recognise refugees and arrests them along with other undocumented migrants.

The U.S. embassy confirmed to Reuters that it has raised concerns and echoed calls for UNHCR access to those in immigration detention. The UNHCR did not have an immediate comment on whether it would be given access.

Malaysia's foreign ministry did not immediately respond to a request for comment on the concerns expressed by the United States and other embassies.

The Myanmar embassy in Malaysia did not respond to calls seeking comment. In a Facebook post on Saturday it confirmed it would be bringing back the 1,200 people, saying it was prioritising the repatriation of nationals stranded due to the COVID-19 pandemic.

Three Myanmar-flagged vessels were anchored off Malaysia's Lumut naval base on Saturday, including one described as a military operations ship, according to ship-tracking website Marine Traffic.

Two Malaysian sources, who requested anonymity, confirmed those ships were sent to pick up the detainees.

The ships are scheduled to leave for Myanmar on Tuesday, the immigration department has said.

U.S. and other Western missions in Kuala Lumpur have expressed alarm to Malaysia over its plan to deport the detainees to a military government and have been trying to dissuade Malaysia from proceeding, four other sources with knowledge of the matter said.

Malaysia had earlier expressed "serious concern" over the coup.

The diplomats are also urging Malaysia to let the UNHCR interview the deportees and have expressed concern over Malaysia's cooperation with the Myanmar junta, the sources said.

Coup opponents have been protesting across Myanmar for weeks against the overthrow of the elected government of Aung San Suu Kyi.

"Malaysia is legitimising the military government by handing over the detainees," one source said.