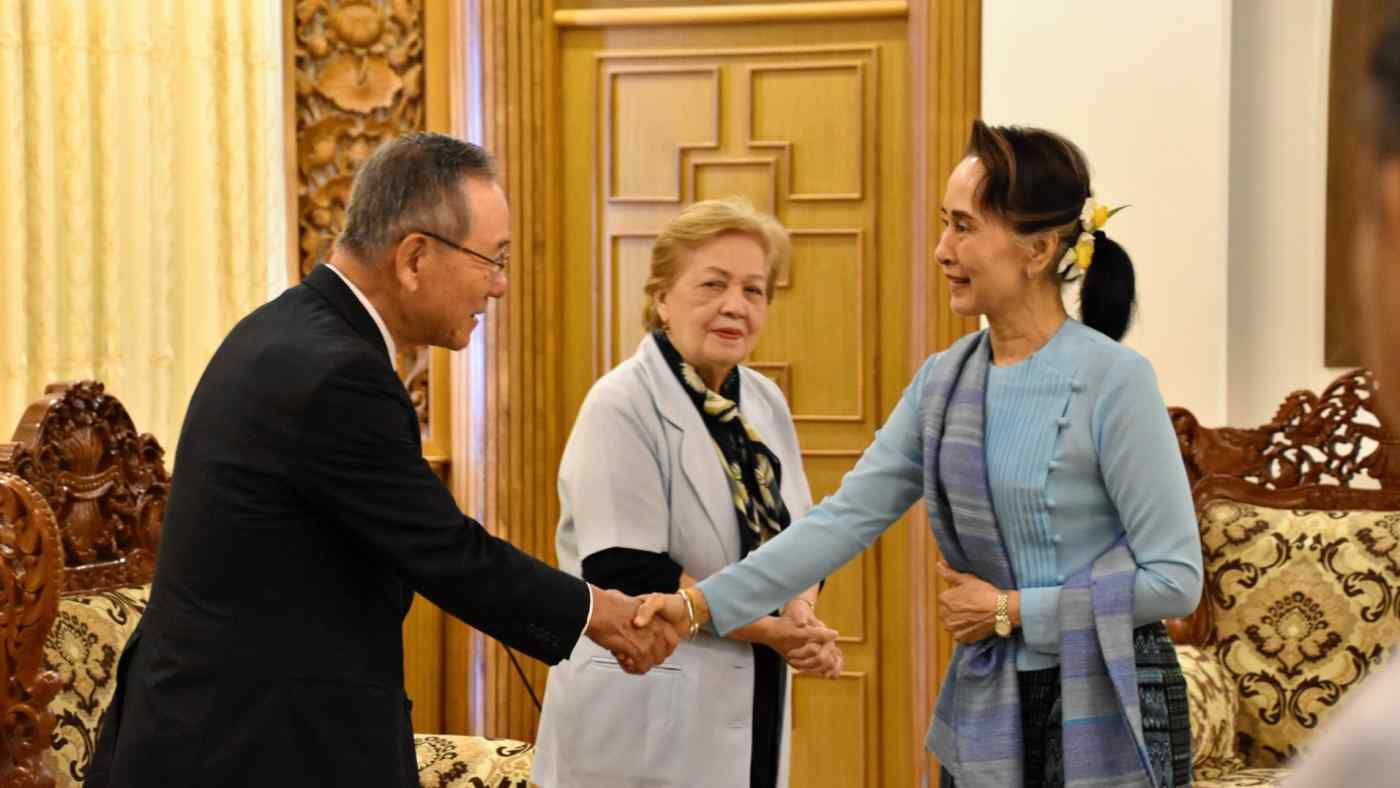 NAYPYITAW -- Myanmar appears to be aiming to work with Japan in its attempt to repair its international standing that was damaged over its handling of the Rohingya humanitarian crisis.

An independent panel set up by the Myanmar government to look into charges of atrocities against Rohingya Muslims in the western state of Rahkine held its first meeting here Wednesday.

The four-member panel is chaired by Rosario Manalo, a former Philippine deputy foreign minister, and includes another foreign member, Kenzo Oshima, a former Japanese ambassador to the United Nations. The other two are lawyer Mya Thein and Aung Tun Thet, both from Myanmar.

The panel members met with the country's de facto leader Aung San Suu Kyi for about an hour. It has not been disclosed what they discussed.

The Japanese government had proposed that Myanmar take steps to allay international concerns over the Rohingya crisis by establishing an independent investigative panel and letting U.N. agencies resume relief operations.

About 700,000 Rohingya fled Rakhine State for Bangladesh last year after a military crackdown in August 2017, creating a major refugee crisis.

It appears the Japanese government was not directly involved in choosing the panel. Nevertheless, Foreign Minister Taro Kono told Suu Kyi during his visit to Myanmar earlier this month that Tokyo welcomes its creation.

The Oshima appointment suggests the Myanmar government has high hopes for Japan. Oshima's stint at the U.N. coincided with that of Kyaw Tint Swe, the Myanmar minister who now handles Rohingya issues. While Western countries are ratcheting up their criticism over the humanitarian crisis, Kono says Japan should work closely with the government to resolve the issue.

The commission was to include only one foreigner initially, but the government doubled the number, even in the face of vehement protest from the main opposition party to having any foreigners on the panel.

Skeptical observers warn that the panel will face roadblocks in its investigation as it needs cooperation from the military, whose reputation will be at stake.

Western human rights groups question the impartiality of the panel. Myanmar, for its part, hopes that Japan will play a role in enhancing the body's credibility. Japan may also serve as a check on the military since the countries have close ties in defense areas, including training.

When the government makes progress in meeting the Rohingya crisis, Japan will join Myanmar in explaining its measures to the international community, Kono said.