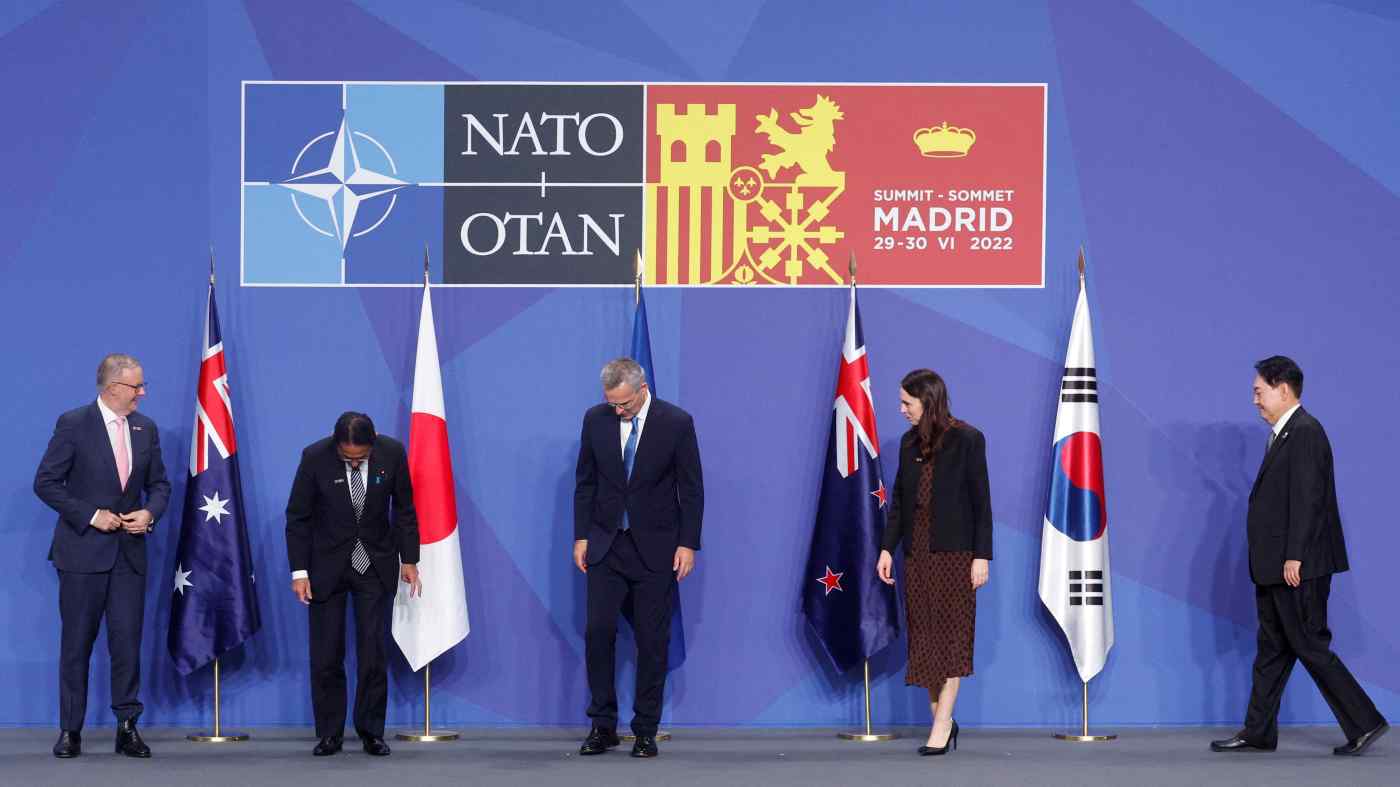 PARIS -- Trans-Atlantic allies and their Indo-Pacific partners gathered in Madrid this week for the NATO summit, discussing strategy in light of the Ukraine war and China's growing military might.

If the NATO alliance lost some of its luster in the post-Cold War decades, Vladimir Putin's invasion of Ukraine has restored its original mission: counterbalancing Moscow. NATO Secretary-General Jens Stoltenberg called this year's summit a "historic and transformative" reunion as the grouping faces "the most serious security crisis" since World War II.