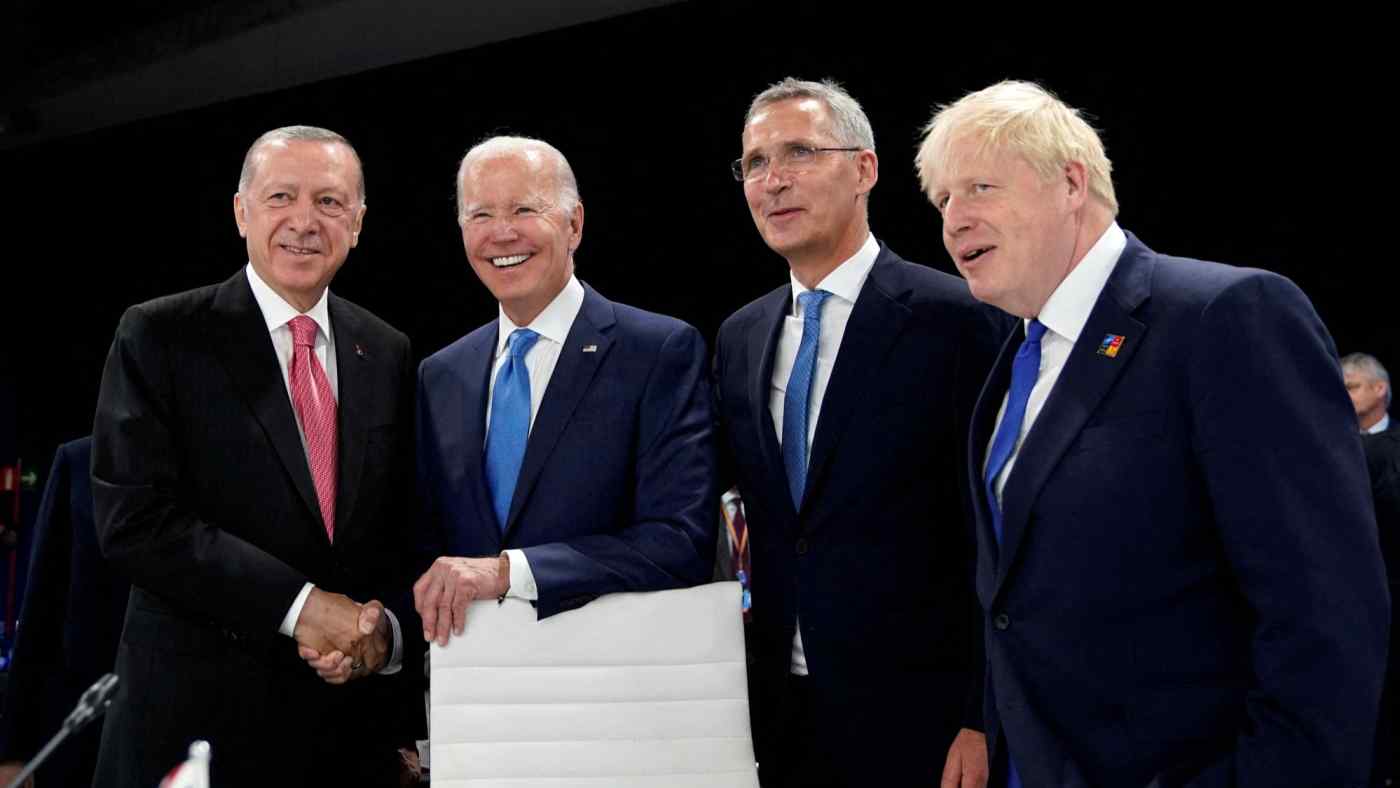 MADRID (Kyodo) -- The North Atlantic Treaty Organization said China poses "systemic challenges" in its Strategic Concept endorsed Wednesday, making it the first time that the Asian country appeared in the document to guide the alliance for the next decade.

As Russia's invasion of Ukraine reverberates across the Indo-Pacific, where China's assertiveness is strongly felt, the document said that regional developments can "directly affect" Euro-Atlantic security and that NATO will strengthen dialogue and cooperation with Indo-Pacific partners.

NATO also said Moscow is now "the most significant and direct threat" to the alliance's security in the wake of its military aggression, in a major shift from the previous document, agreed on in 2010 that pursued a "strategic partnership" between NATO and Russia.

NATO gave the green light to the document during the first day of its two-day summit in Madrid, which Secretary-General Jens Stoltenberg called a "historic and transformative" meeting for the bloc facing "the most serious security crisis" since World War II.

NATO was created in 1949 by the United States, Canada and several Western European nations to defend against the threat from the Soviet Union and its Eastern European satellites.

But the end of the Cold War in 1991 led to Europe spending less on defense, and ventured outside the continent in order to address the threat from terrorism.

Russia's annexation of Crimea from Ukraine in 2014 prompted the alliance to renew its focus on defense and deterrence against Moscow. In the wake of the Ukraine invasion that began in February, more troops have been deployed along NATO's eastern flank.

As part of what it calls a "fundamental shift" in its defense, NATO said it will boost the number of troops on high alert to well over 300,000, up from 40,000 that are under direct NATO command in the eastern part of the alliance.

The United States, meanwhile, said it will enhance its military presence in Europe and that it is going to continue to adjust its force postures based on the "threat."

While the total number of American troops in Europe has been raised by over 20,000 to more than 100,000 in response to the Ukraine crisis, the U.S. government is currently working with Spain to increase the number of U.S. naval destroyers stationed at Rota naval base, known as the "gateway to the Mediterranean," from four to six.

The United States is also planning to send two additional F-35 fighter jet squadrons to Britain and station additional air defense and other capabilities in Germany. It will also establish a permanent army garrison headquarters in Poland.