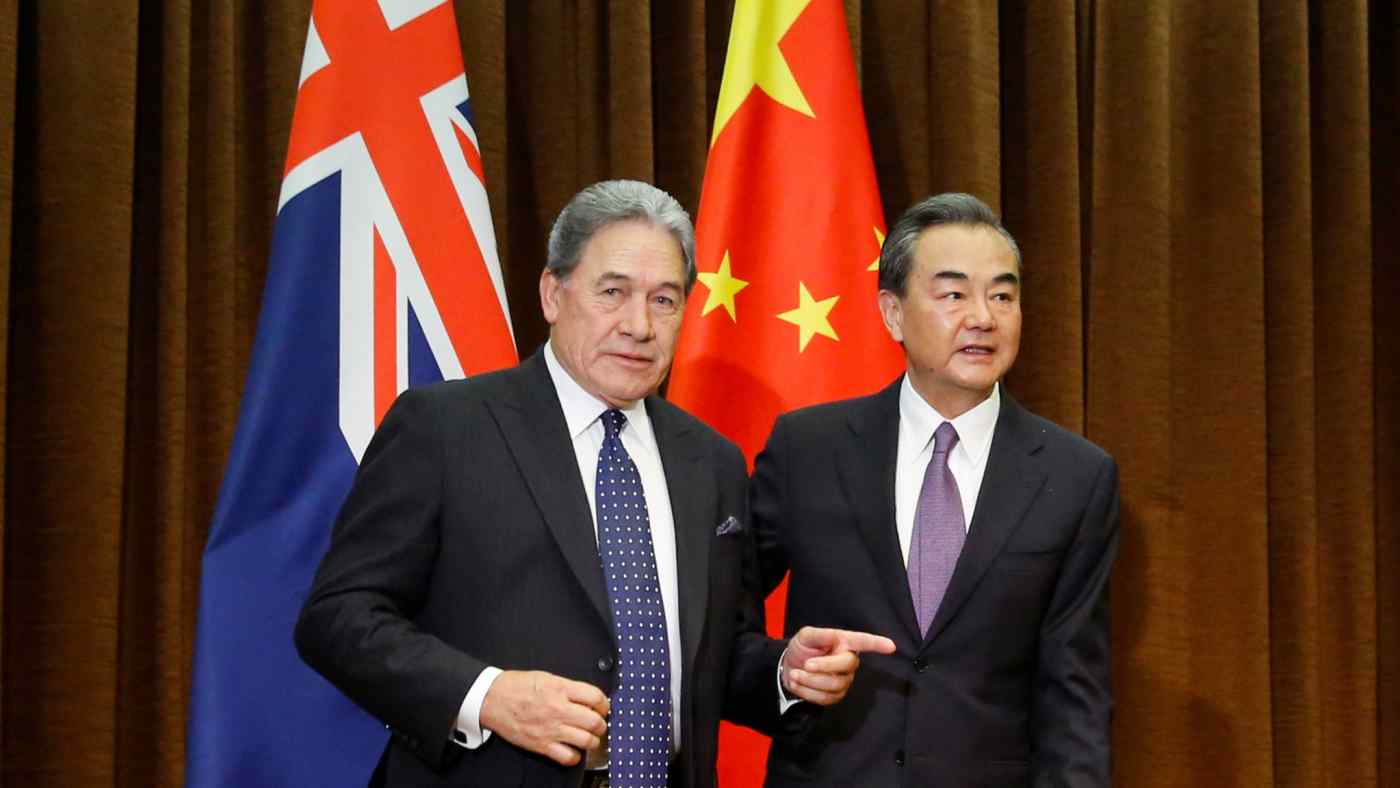 WELLINGTON -- New Zealand's balancing of its relationships with China, its most important trading partner, and with traditional allies Australia and the U.S. has shifted toward the latter two, after the announcement of major new defense spending and a strategic report using uncharacteristically critical language about China.

The commentary on China in the Ministry of Defense's Strategic Policy Statement released July 6 is relatively mild and also includes positive references to the country's international role in the Asia-Pacific region. But it marks a departure from Wellington's previous stance of carefully avoiding causing any offense and no longer refers to Beijing as an "important strategic partner."