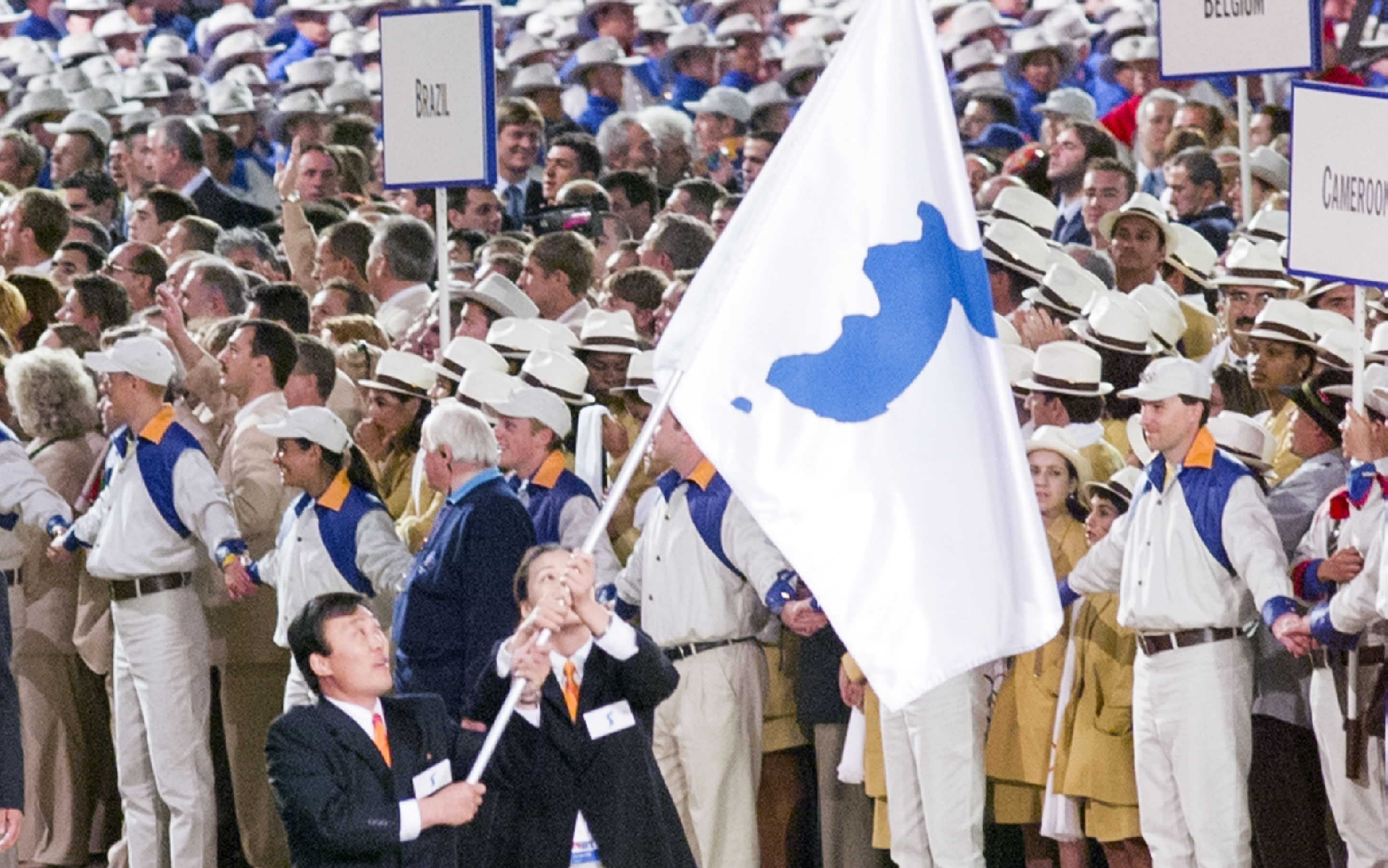 North Korean and South Korean athletes also marched under the same flag at the opening ceremony for the Sydney Olympics in 2000.
International relations

North Korea pulling out all the stops on Olympic diplomacy

SEOUL -- North Korea is embarking on what appears to be tactical maneuvering designed to gain concessions from South Korea, agreeing to a host of cooperative efforts for the upcoming Winter Olympic Games, including organizing a joint women's hockey team.

The two countries held another round of working-level talks on Wednesday, led by Chun Hae-sung, South Korea's vice unification minister, and Jon Jong Su, vice chairman of North Korea's Committee for the Peaceful Reunification of the Fatherland.

According to an 11-point joint statement released after the meeting, the two countries' athletes will march together at the opening ceremony of the Olympics, to be held in the South Korean city of Pyeongchang, under a "unification flag," a neutral banner depicting the Korean Peninsula in blue against a white background. South Korean athletes will also practice at a ski resort in North Korea.

North Korea will send athletes to South Korea on Feb. 1, followed by a roughly 230-member cheering squad on Feb. 7. Pyongyang will also dispatch a team starting Jan. 25 to inspect facilities to be used by its athletes and supporters beforehand.

The North also agreed to send about 150 delegates, athletes and supporters to the Paralympic Games in March.

The terms of the agreement will be formally adopted at a four-party meeting Saturday in Switzerland that will include the International Olympic Committee. This would be the first time for North and South Korea to field a joint team for the Olympics.

North Korea has proposed using a land route to transport its athletes and delegates, likely in consideration of United Nations sanctions against air and maritime traffic to and from the North.

The two Koreas on Wednesday also discussed holding a cultural event at the Mount Kumgang resort in the North, a joint economic project that was suspended after a North Korean soldier shot and killed a South Korean tourist there, in addition to having a joint training session for the countries' skiers at the North's Masikryong resort.

Masikryong was constructed under orders from North Korean leader Kim Jong Un to build a world-class ski resort. Pyongyang is likely trying to demonstrate Kim's authority by inviting top-level athletes to the venue.

North Korea has its sights set beyond the Olympics. It is pushing for deals that could lead to further economic cooperation and tourism with the South down the line. It also seems to be angling for the eventual reopening of the Mount Kumgang resort and the Kaesong industrial complex, another economic project with Seoul.

South Korea cannot discuss such issues openly, given that it is part of the international sanctions regime against the North. But the success of the Pyeongchang Olympics is also a top priority for South Korean President Moon Jae-in.

Moon on Wednesday said the two Koreas would mark a historical moment by sending a joint team to the Olympics. But concerns remain that Pyongyang is simply using the sporting event to ease international pressure on its regime.