North and South Korea see Olympics as occasion to move

Antagonism alternates with reconciliation on peninsula 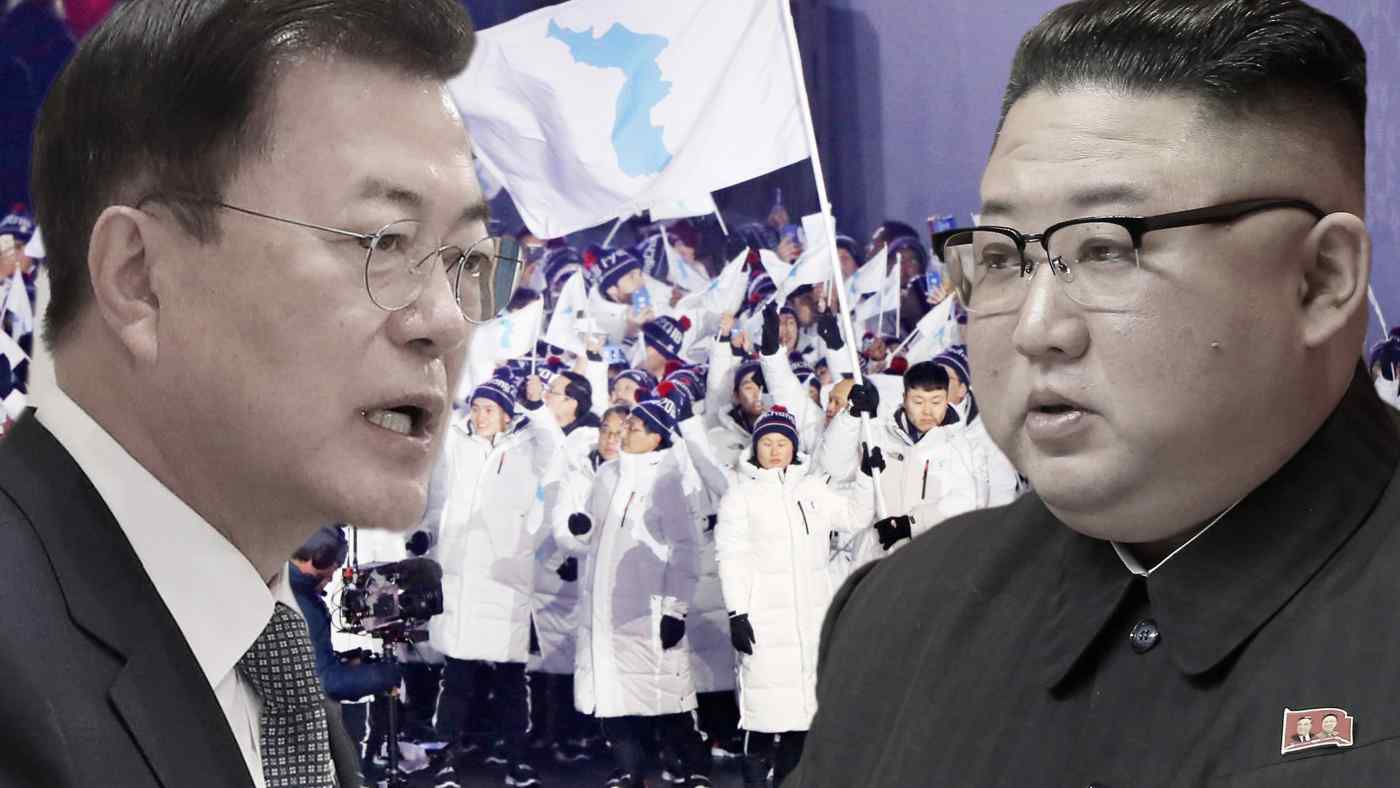 North Korea has turned to a policy of dialogue with South Korea during the Olympics in a drive to get out of dire straits, and the South has responded. (Source photos by Koji Uema, EPA/Jiji and KCNA/Reuters)
HIROSHI MINEGISHI, Nikkei senior staff writerAugust 4, 2021 16:39 JST | South Korea
CopyCopied

It was also revealed that the two leaders had exchanged personal letters since April, when North Korea had said it would not participate in the Summer Games because of the COVID-19 pandemic.