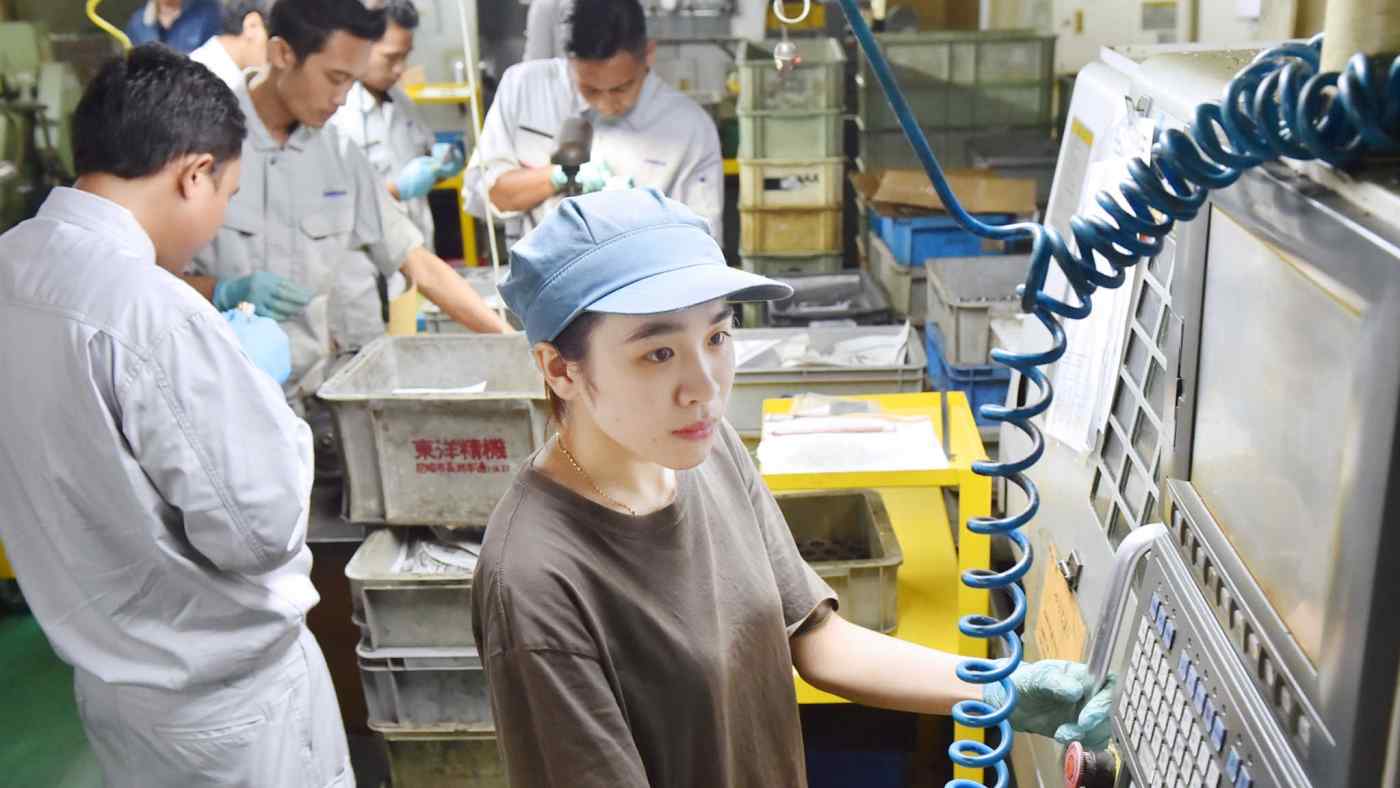 A woman works at a factory near Osaka: Japan is among a dozen countries that have not ratified a United Nations convention to prevent discrimination in the workplace. (Photo by Atsushi Oka)
SUSUMU KURONUMA, Nikkei staff writerMarch 10, 2021 10:40 JST | Japan
CopyCopied