Ongoing helicopter troubles stir ire at US military in Okinawa 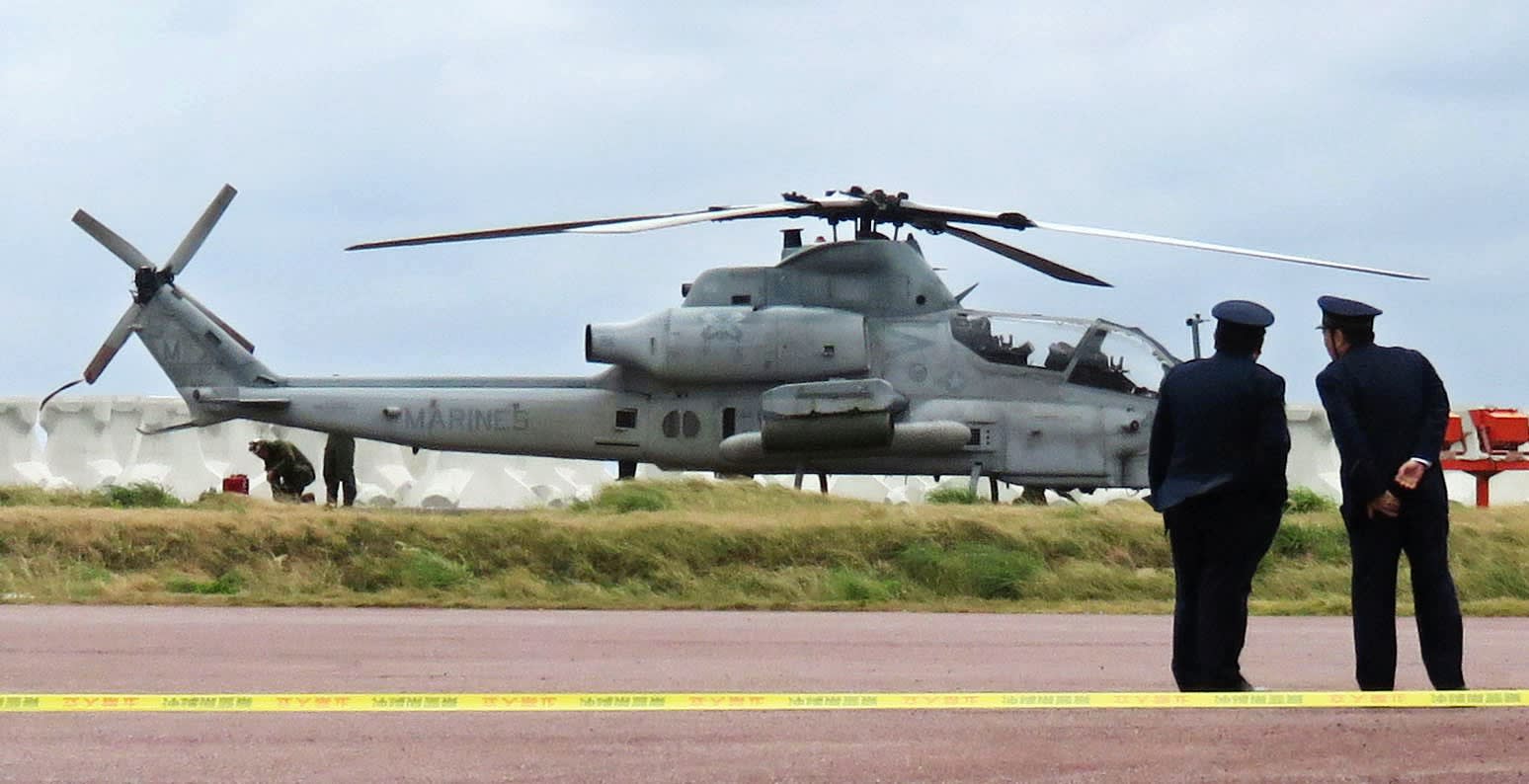 TOKYO -- Japanese Defense Minister Itsunori Onodera urged the U.S. on Wednesday to halt flights by AH-1 attack helicopters in Okinawa Prefecture after a second incident involving the aircraft this month, but the appeal went unanswered to the dismay of local people.

The latest incident involves an AH-1 helicopter making an emergency landing on the small island of Tonaki, west of Okinawa's main island.

Citing "far too many" incidents with U.S. military aircraft, Onodera said he would "seek for the American side to thoroughly address the problem." Aside from the appeal to suspend flights, the minister called on the U.S. to inspect all AH-1s at the Marine Corps' Futenma air base in Okinawa.

"Safety of the local populace must come before everything else," Prime Minister Shinzo Abe said Wednesday during a question-and-answer session in the lower house of the Diet. "Japan and the U.S. will work together to handle this as a matter of the highest priority."

Tuesday's incident came just one day after Onodera had said mishaps involving U.S. military aircraft in Japan more than doubled in 2017 from the year before. American military helicopters have made three forced landings in Okinawa already this year, including another by an AH-1 on Jan. 8. Last month, a window fell from another helicopter as it flew over an elementary school near the Futenma base, drawing fierce criticism.

The U.S. called Tuesday's landing a cautionary measure aimed at preventing an accident, claiming no safety issue was posed as there were no injuries or damage.

The American side generally apologizes after such incidents and vows to work to prevent them from recurring, but the troubles have continued. It is unclear whether the accidents involve declining skill, or whether shrinking national defense budgets are taking a toll on equipment. The Americans have given "no clear explanation," a Defense Ministry official said.

The U.S. "may be making more precautionary landings due to the series of accidents since the end of last year," surmises Noboru Yamaguchi, a retired general of Japan's Ground Self-Defense Force who served as a helicopter pilot. He also notes that "fatigue may be building" for the Americans, as they are undergoing more nighttime drills.

Japan's government and ruling party are concerned that the troubles may tilt a Feb. 4 mayoral election in the Okinawan city of Nago in favor of those who oppose plans to move the Futenma air base to the city's Henoko area.

Okinawa Gov. Takeshi Onaga, who has vocally criticized the U.S. military presence in the prefecture, met Wednesday with a deputy chief cabinet secretary, Kazuhiro Sugita, at the prime minister's official residence. Speaking with reporters, Onaga blasted the government for not taking a more active role in the matter.

The mishaps also could affect Japanese security, such as by impacting the U.S. military's ability to act as a deterrent against North Korea and its nuclear and missile development. Raising doubts about the American military's operational ability could send an unfortunate message to Pyongyang.