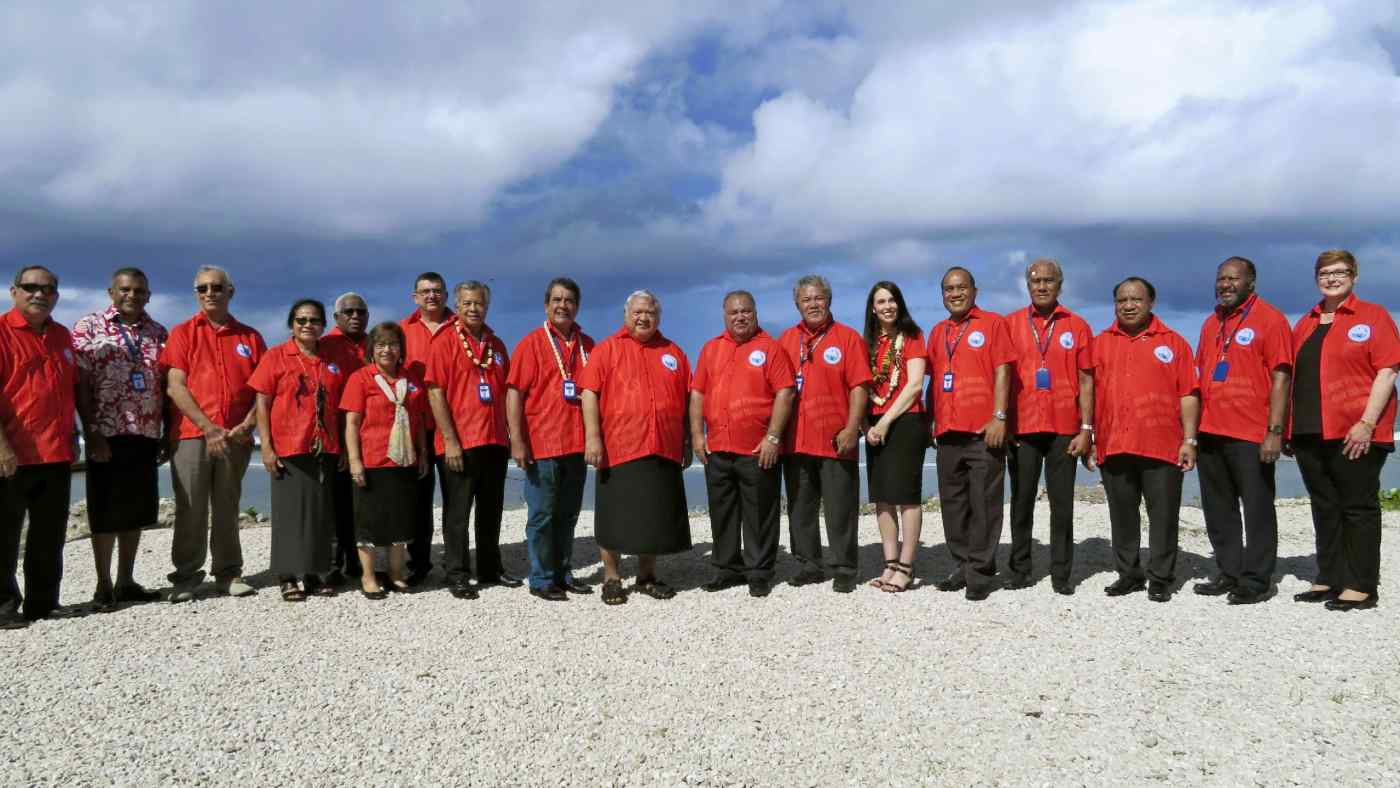 SYDNEY -- Pacific island states agreed to step up security cooperation at a forum Wednesday in what appears to be an effort to curb China's rising influence in the region via development aid.

The 18 members of the Pacific Islands Forum, which includes Australia and New Zealand, gathered this year on the tiny island nation of Nauru. The country is among six smaller island states that have diplomatic ties with Taiwan but not with China.

In their declaration, the island nations named climate change as "the single greatest threat" to regional security -- with rising sea levels having serious implications for the lives of residents.

The beefed-up ties include areas such as humanitarian aid, resource security and cybersecurity. The countries also asserted the sovereign right of members to carry out national affairs "free of external interference and coercion."

China, which has been competing with Taiwan for influence in the region, took part in the forum as an outside partner. Taiwan, which also attended as a partner, on Wednesday announced a $2 million fund to aid with health care in the region.

Nauru seems to have angered Beijing by asking the Chinese delegation to travel on regular passports rather than diplomatic ones. China Foreign Ministry spokeswoman Hua Chunying criticized Nauru Wednesday for going against international norms.