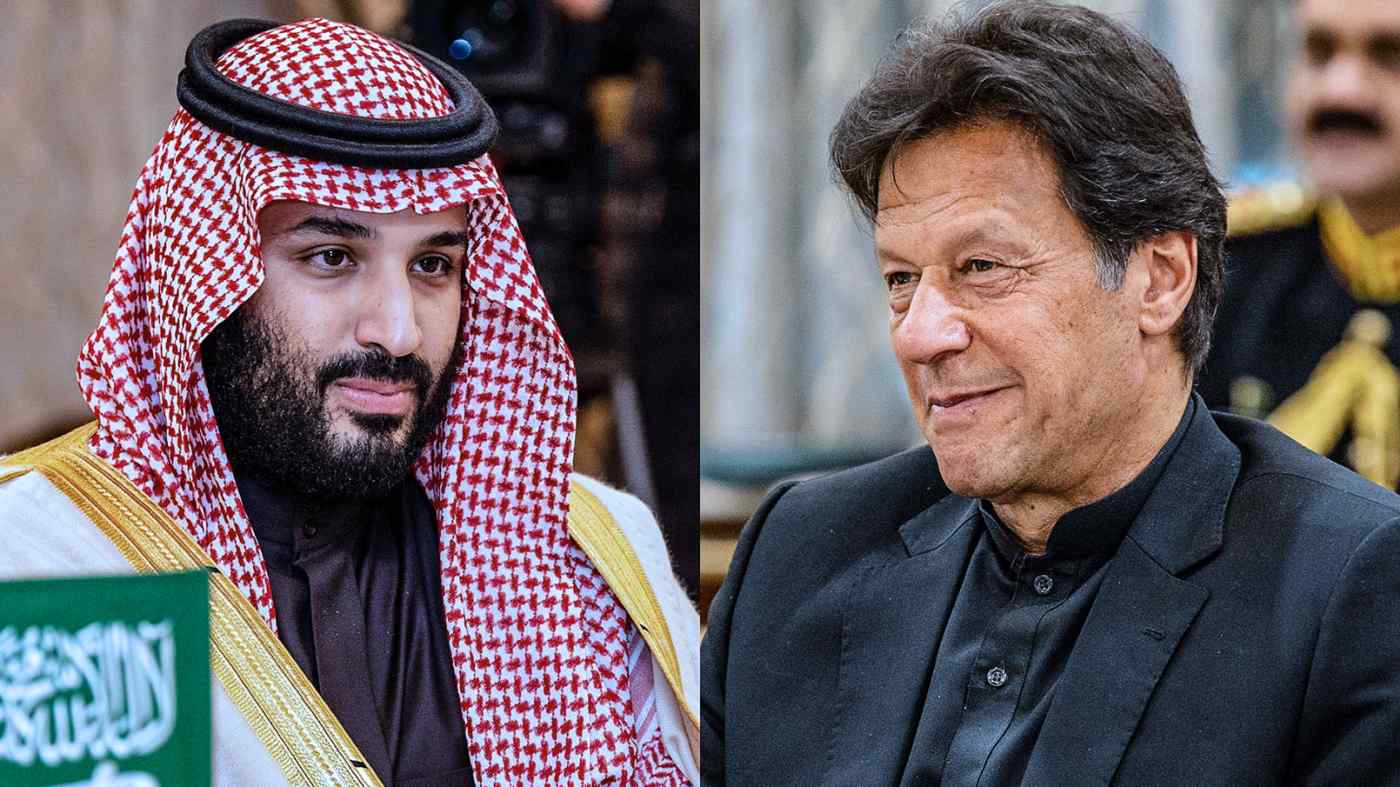 KARACHI -- Pakistan has suddenly found itself in stronger standing with a Saudi-led bloc of Arab nations, having managed to mend a rift while maintaining ties to another alliance that is challenging the Saudis' leadership of the Muslim world.

Pakistan's foreign office says the discussions focused on economics, but experts believe they were a continuation of Pakistan's wider efforts to mend ties with the Saudi bloc that frayed in August when Qureshi issued a statement against the Saudi kingdom. In the statement, Qureshi asked the Saudi Arabia-led Organization of Islamic Cooperation to stop dillydallying on convening a meeting of its Council of Foreign Ministers on Kashmir.

James M. Dorsey, a senior fellow at the S. Rajaratnam School of International Studies in Singapore, told Nikkei Asia that several factors are at play, including Pakistan's Shiite population, doubts about the U.S. commitment to the region and Saudi Arabia's desire to recognize Israel.

After the Pakistan-Arab League rift emerged in August, Saudi Arabia and the United Arab Emirates asked Pakistan to repay $4 billion in loans taken out in 2018. Then in December, the UAE suspended the issuance of work visas to Pakistani nationals, a move experts said was designed to pressure Pakistan.

But last week the situation pivoted. Besides Qureshi's trip to Cairo, Saudi Arabia and the UAE each rolled over loans of $1 billion to Islamabad. 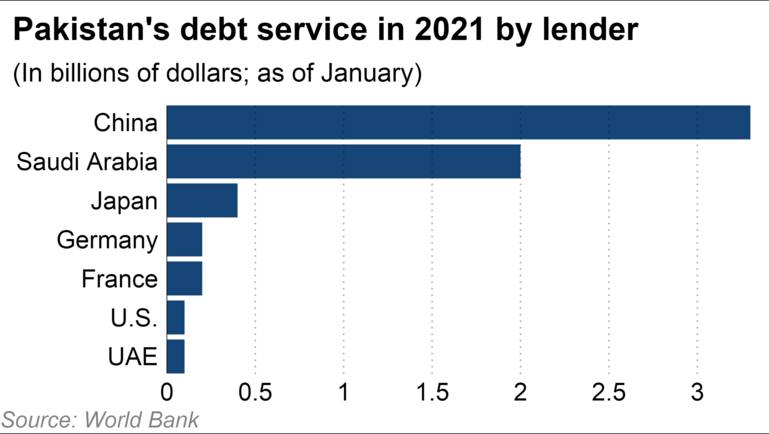 In addition, plans for a $10 billion Saudi Aramco oil refinery in the Pakistani port city of Gwadar appeared to move forward. Shahzeb Khan Kakar, director-general of the Gwadar Development Authority, has told reporters that planning for a mega oil city will be completed in six to seven months.

Experts believe Saudi Arabia and the UAE, having tried to exert pressure on Pakistan with little effect, are recalibrating their positions.

Dorsey told Nikkei Asia that Gulf states do not want to alienate Pakistan. "Pakistan is the second largest Muslim country, which hosts the world's largest Shiite minority population," he said, "and hence it's too important for Gulf states to ignore."

The senior fellow added that Pakistan's geography, particularly its coast along the Arabian Sea, is important for Riyadh now that uncertainty is emerging in regard to U.S. President Joe Biden's commitment to regional security. Biden took office a month ago.

And then there is the Israel angle.

"The Saudis want to recognize Israel but cannot do so easily," Dorsey said. "If Riyadh recognizes Israel, the biggest protest against the country will take place in Pakistan." Therefore, Dorsey said, Riyadh wants Pakistan to establish relations with Israel first.

"That is why the kingdom has softened its stance toward Islamabad," he said. An anti-Israel rally in Karachi, Pakistan, on Jan. 21. Saudi Arabia would like Pakistan to go first in recognizing Israel.   © Reuters

While Qureshi's visit to Egypt was seen as a wider rapprochement with Arabs, it also had economic implications. During the trip, Qureshi also met Egyptian businessmen and emphasized the revival of the Pakistan-Egypt Joint Business Council.

"The Pakistani foreign minister's visit to Egypt may prove to be crucial for attracting Egyptian foreign direct investment and thus raising the inflows to a level comparable to FDI from Turkey and Saudi Arabia," said Lukasz Przybyszewski, a West Asia analyst for the Asia Research Centre at Warsaw's War Studies Academy.

Przybyszewski added that from Riyadh's perspective Pakistan is trying to better position itself in the Mediterranean-Indian Ocean trade and value chain corridor by, among other means, increasing and diversifying its FDI inflows.

Experts believe Pakistan's detente with Arab nations will not affect its good relations with the Turkey-Iran-Malaysia bloc that is challenging Saudi Arabia's leadership of the Muslim world.

"Pakistan is playing a very good balancing game between the Saudis and Turkey, which has produced results for the country," Dorsey said, adding that Pakistan has adopted a calibrated position that is not consistent with Turkey's position on Arab countries.

Przybyszewski said Islamabad is taking a multitrack approach in which new joint economic ventures and agreements with Turkey and Iran -- such as a railway project involving Islamabad, Tehran and Istanbul, and a gas pipeline between Iran and Pakistan -- are meant to balance its relations with Saudi Arabia and Egypt. Imran Khan and Iranian President Hassan Rouhani. Pakistan has managed to maintain strong ties to the Iran bloc that is challenging Saudi Arabia's leadership of the Muslim world.   © Getty Images

"A greater convergence of interests on the economic level between Pakistan, Egypt and Saudi Arabia will not be a detriment to Islamabad's position vis-a-vis Tehran and Ankara," Przybyszewski told Nikkei.

While Pakistan's diplomatic spat with the Saudis is easing, experts believe relations cannot fully return to the good old days.

"Tensions have been dialed down between Pakistan and the Saudis, [and] the flow of investment could resume" Arif Rafiq, the president of Washington-based Vizier Consulting, told Nikkei. "But Riyadh is unlikely to tilt back toward Islamabad on the Kashmir dispute."

Pakistan would like Saudi Arabia to come down on its side in its dispute with India.

Regardless of this impasse, Rafiq, said, the Ankara-Islamabad entente will grow more solid as time goes by, and Islamabad will continue to seek improved cross-border trade and security cooperation with Tehran.