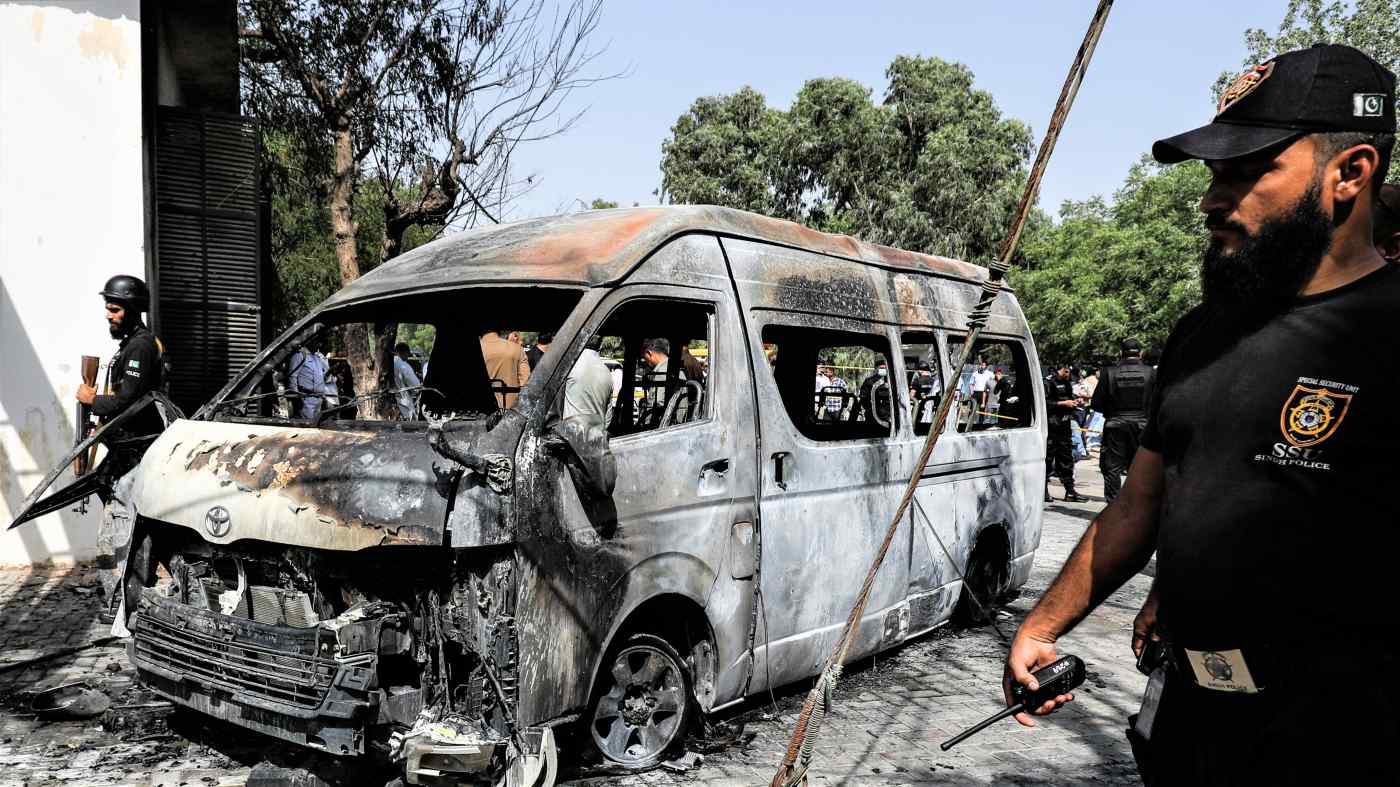 Investigators gather after a bomb blast outside a Confucius Institute in Karachi in April. Pakistani authorities are under pressure to protect Chinese interests.   © Reuters
ZIA UR REHMAN, Contributing writerJune 1, 2022 13:50 JST | Pakistan
CopyCopied

PESHAWAR, Pakistan -- The indefinite extension of a cease-fire deal between Pakistan's government and the Pakistani Taliban this week has opened an opportunity for Islamabad to focus its resources on tackling threats posed by separatists targeting China's Belt and Road Initiative projects, analysts say.

In the third round of negotiations mediated and hosted by the ruling Afghan Taliban in Kabul, Pakistani military officials and the leaders of the Pakistani Taliban, or Tehreek-e-Taliban Pakistan (TTP), on Monday agreed to extend their nearly monthlong cease-fire to continue talks toward ending a 14-year Islamist insurgency in Pakistan.