Pakistani astronaut to board Chinese rocket in race with India 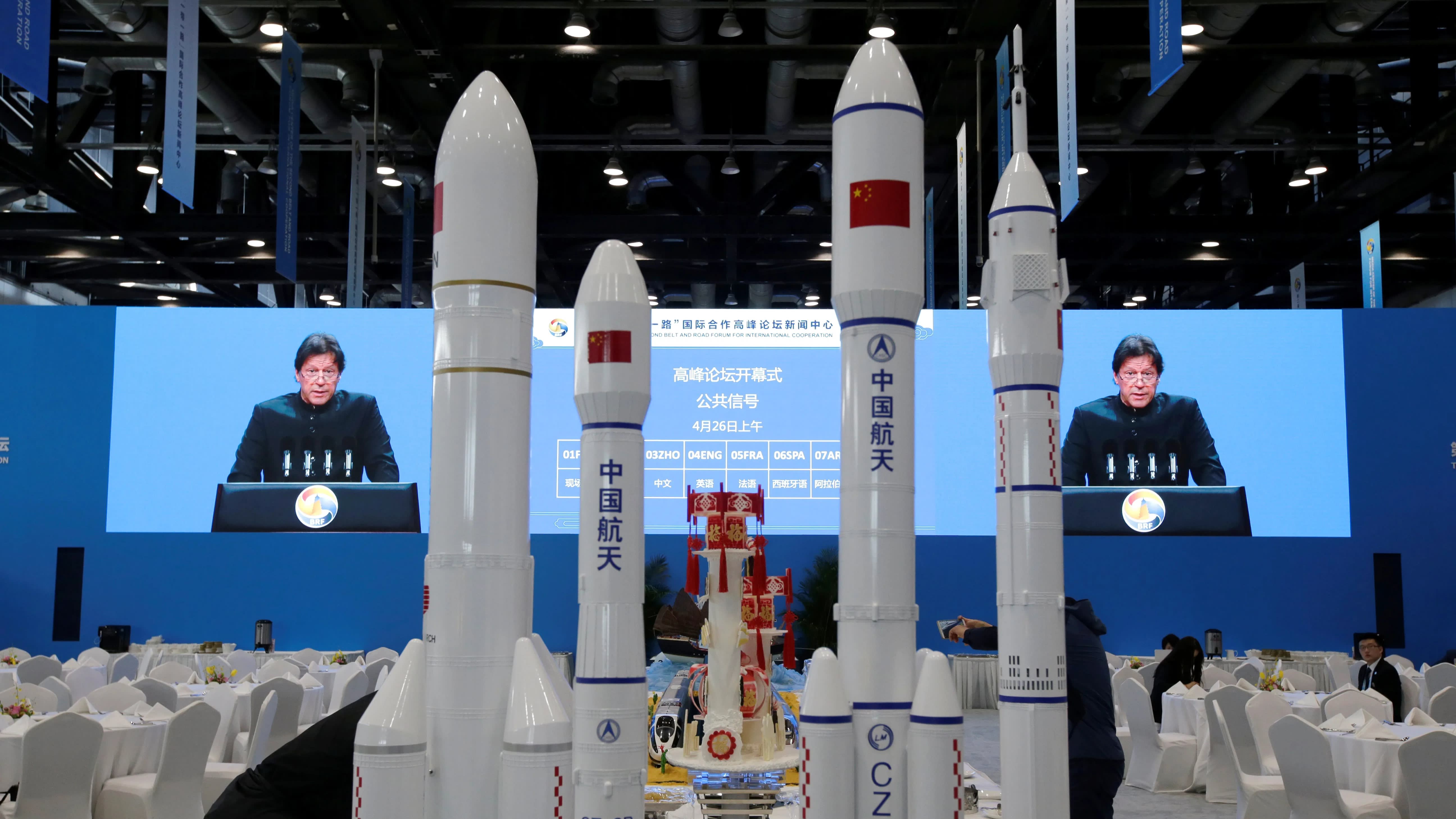 ISLAMABAD -- Pakistan's Prime Minister Imran Khan has given the go-ahead for the country to send its first astronaut into space on board a Chinese spacecraft, the country's minister for science has told the Nikkei Asian Review.

"We have had ongoing cooperation with China for years in this area. Now we have set ourselves a target of sending Pakistan's first astronaut to space in 2022," said Fawad Chaudhary.

Preparations for the mission, which will begin next year, have renewed discussion in the nuclear-armed South Asian country over the extent to which Pakistan can enter the Space Age along with its main rival, India. Independent analysts say India's space program is far more advanced than Pakistan's, as Delhi has successfully launched its own spacecraft.

Outlining Pakistan's objectives, Chaudhary told Nikkei that the 2022 plan to put an astronaut in orbit was designed to "benefit Pakistan's defense-related areas," without elaborating. He added that the country's foray into space, which will put it among a handful of countries with a space program, "will also benefit other areas, like collecting data for studying atmospheric conditions and managing disasters."

A strong earthquake struck northern Pakistan in 2005, killing at least 70,000 people. The quake, the deadliest natural disaster in Pakistan's history, also prompted debate over the need to improve the country's ability to predict disasters and monitor relief efforts when they occur.

Since then, Pakistani officials have defended the plans for a space program on the grounds that it will improve Pakistan's capacity to closely monitor what is happening within its borders.

Chaudhary said up to 50 pilots from the Pakistan Air Force will be screened for the space program. "Ultimately, one pilot will be selected for training for the 2022 mission," he said.

But analysts say the mission does not indicate that Pakistan has made scientific advances on par with other states, such as India, which would enable it to have an independent space program.

"Sending an astronaut into space may be more of a matter of prestige, but this would not have been possible without China's assistance," said Shahidur Rehman, a leading commentator on Pakistan's nuclear and strategic programs and author of the book, "The Long Road to Chagai," which documents Pakistan's drive to test its first nuclear warhead at Chagai, in the western province of Balochistan, in 1998.

"Sending an astronaut into space in 2022 is a cosmetic first step. Pakistan's space program needs a lot more work before anyone can claim that Pakistan has achieved a space program," Rehman said. Some see that Prime Minister Khan's decision to send an astronaut into space in 2022 may be geared toward winning voter support before the next parliamentary elections due in 2023.   © Reuters

Others noted that coming just a year before the next parliamentary elections due in 2023, the decision to send an astronaut into space in 2022 may be geared toward winning voter support.

Hasan Askari Rizvi, a commentator on national security and defense, told Nikkei: "The timing suggests this may be to show Pakistan's growing scientific capabilities just a year before elections, to impress the public. The reality is that this mission will happen on the back of China's support."

However, senior government officials and a Western diplomat say the space mission should not be dismissed as a publicity stunt. "Behind the scenes, Pakistan and China are cooperating in several scientific areas," said a senior Foreign Ministry official. "Our astronaut will collect valuable information, but that will only be one part of the story. We have ongoing collaboration with China on a peaceful space program, which will have many benefits for Pakistan," he added.

A Western diplomat, who spoke to Nikkei on condition that he not be named, agreed with that assessment. "China and Pakistan have collaborated and continue to do so on many fronts," he said, adding, "The astronaut may be for publicity a year before the next elections, but there may be a wider purpose to benefit Pakistan."

In the 50 years since Pakistan and China began collaborating on arms manufacturing, the two countries have cooperated to build tanks, fighter planes, warships and other military hardware. Over the next decade, China and Pakistan plan to build eight new submarines for the Pakistan Navy, half of which will be built in China and the other half in Pakistan, indicating their growing technical and scientific cooperation.

Rehman said Pakistan needs to intensify its efforts to build an indigenous space program, just as the country worked in the 1970s and 1980s, following India's first nuclear tests in 1974, to set up a nuclear program. "They will have to speed up their work on a space program, as they did with the nuclear. Pakistan needs to train scientists in this area and build other resources," he said.

"Space is the new frontier," said the Foreign Ministry official. "With China's help, as in other areas, I am sure we will make progress."