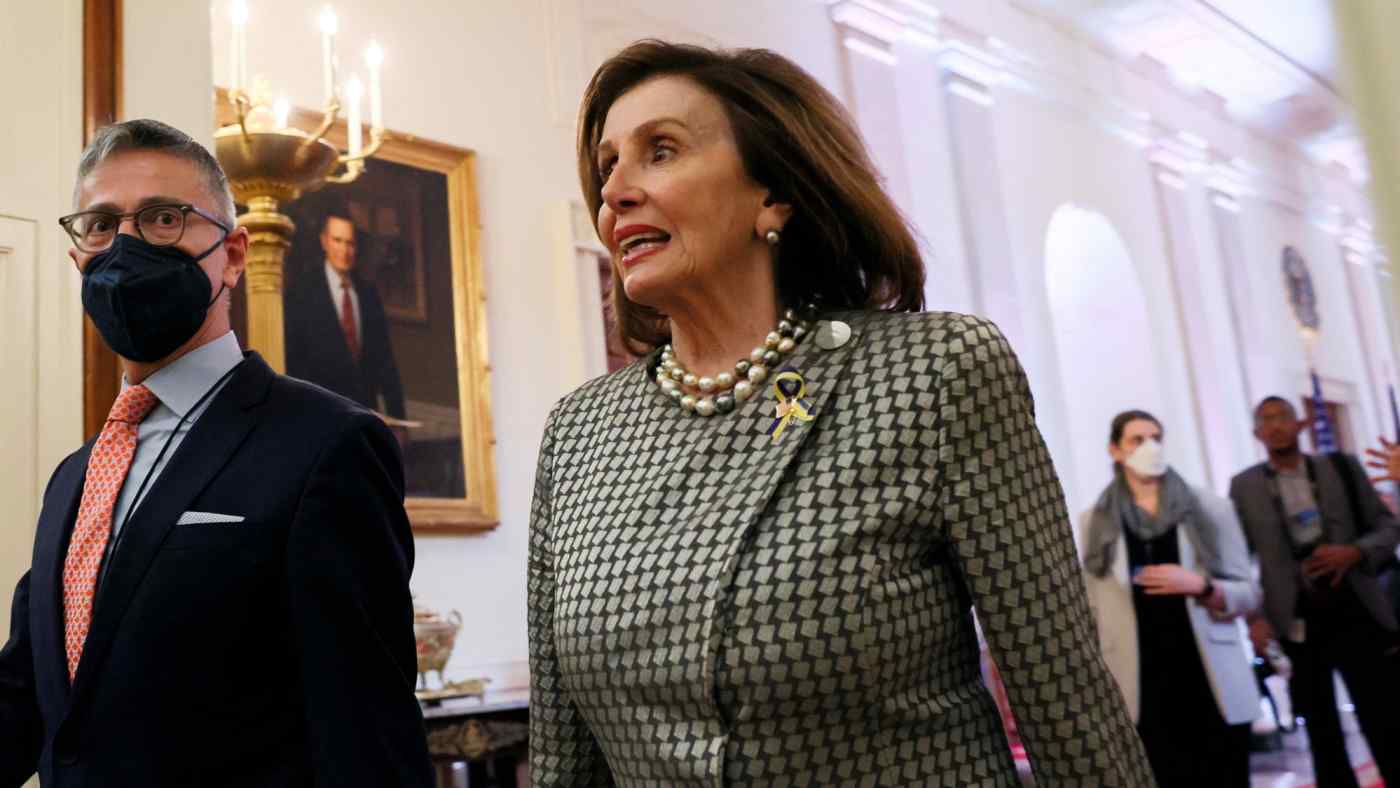 WASHINGTON  (Reuters) -- U.S. House of Representatives Speaker Nancy Pelosi has tested positive for COVID-19 and is currently asymptomatic, her spokesman said on Thursday.

The Democratic leader received the positive test after having tested negative earlier in the week, spokesman Drew Hammill said.

"The Speaker is fully vaccinated and boosted, and is thankful for the robust protection the vaccine has provided," Hammill said.

She will quarantine according to federal health guidelines, he said.

A congressional delegation trip to Asia that Pelosi had planned to lead has been postponed, Hammill said.

The House continues to allow remote voting so lawmakers can casts ballots while they are in isolation.

At least half a dozen senior officials, including members of President Joe Biden's Cabinet and lawmakers, have tested positive for COVID-19 in recent days, even as caseloads drop across the country.