US vice president warns against conciliatory approach in meeting with Moon 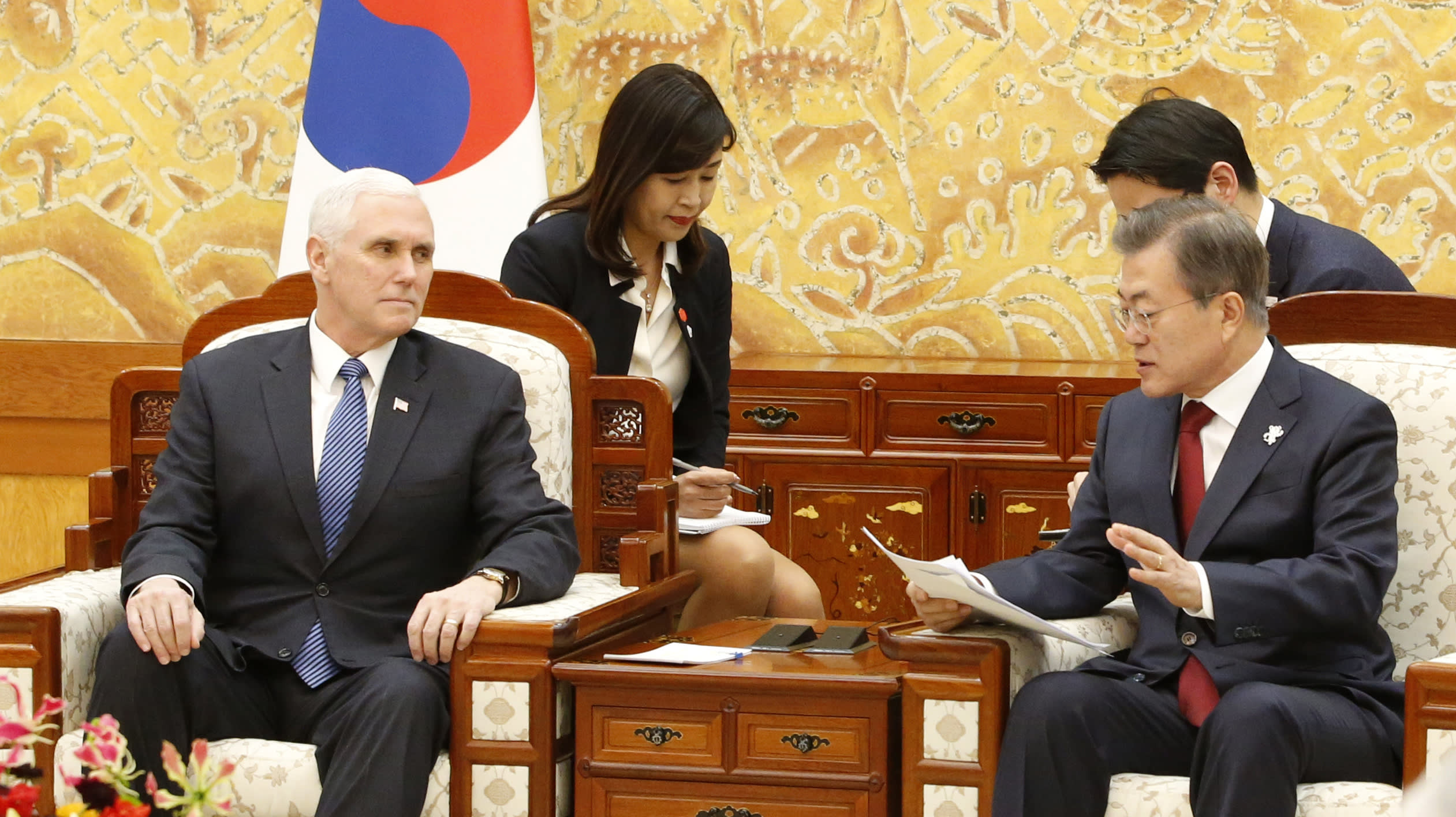 During a meeting at the presidential Blue House, President Moon Jae-in and Pence agreed to bring the rogue state to the negotiating table through a pressure campaign. But Pence's hard-line stance highlighted some rifts in their positions.

The close partnership between South Korea and the U.S. greatly contributed to the current North-South dialogue and North Korea's participation in the Pyeongchang Winter Olympics, Moon told Pence. The South Korean president also said he wanted to take full advantage of this opportunity to launch a dialogue toward peace on the Korean Peninsula with the North.

But Pence stressed that the U.S. remains firmly committed to a pressure-based approach against North Korea until that country abandons its nuclear weapons, warning Seoul against making too many concessions to Pyongyang.

Moon and Pence discussed the countries' annual joint military drills, which have been postponed until after the Olympics and Paralympics. Marc Knapper, the interim U.S. ambassador to South Korea, indicated to U.S. media that the exercises will be held in April.

Pence is believed to have discussed economic topics as well, such as the renegotiation of the U.S.-South Korean free trade agreement. Japanese Prime Minister Shinzo Abe meets with Moon on Friday. He plans to stress the need for a trilateral partnership with the U.S. in order to continue exerting pressure on North Korea.

Pyongyang has held the upper hand in its dialogue with South Korea since the beginning of the year. The country sent performers to the South on its Mangyongbong-92 ferry, a vessel included in sanctions against North Korean ships. It even requested that the South provide fuel for the ferry in an apparent attempt to find loopholes in the sanctions.

Japan and the U.S. want to intensify military pressure on North Korea after the Paralympics wrap up in March. Abe and Pence discussed the importance of a trilateral partnership with South Korea in a meeting Wednesday. The Pyeongchang Games have taken on an unusually political tone after the North agreed to participate. Several high-profile diplomatic meetings are now planned on the sidelines. North and South Korean athletes will walk together as a united Korean team at the opening ceremony Friday.

As if to steal the thunder, North Korea conducted a military parade Thursday ahead of the games to commemorate the 70th anniversary of the creation of its military.