Pence to tout US infrastructure initiative on Asian tour 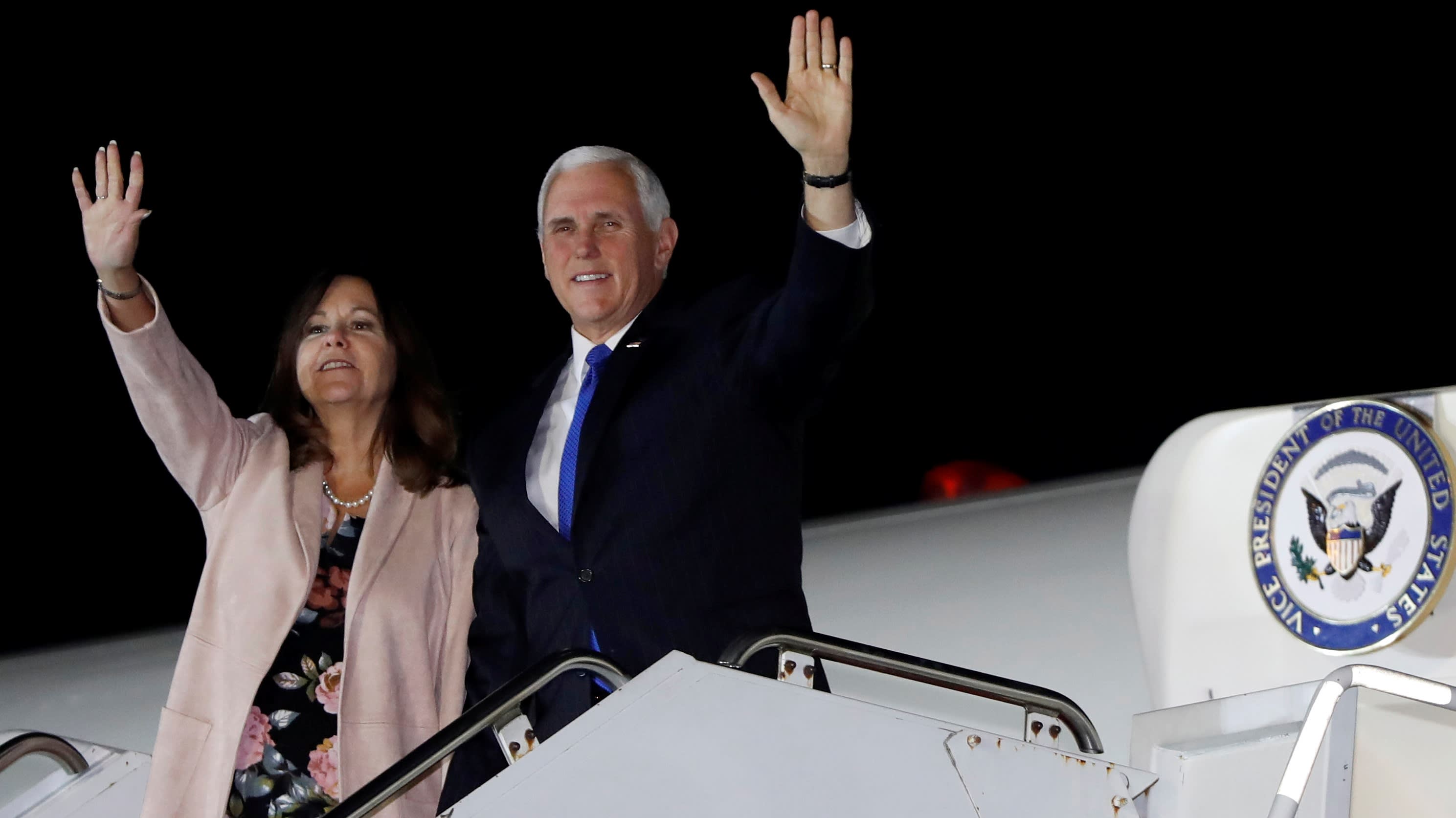 U.S. Vice President Mike Pence and his wife Karen wave upon their arrival at the U.S. Air Force Base in Fussa on the outskirts of Tokyo.   © Reuters

TOKYO -- U.S. Vice President Mike Pence, who kicked off an Asia-Pacific tour here on Monday, will use the trip to play up Washington's efforts to boost infrastructure investment in the region at a time when China is doing the same with its Belt and Road Initiative.

Pence said the U.S. commitment to the Indo-Pacific region "has never been stronger" in comments to reporters Sunday en route to Japan, the first of four countries he will visit.

In his address at the Asia Pacific Economic Cooperation summit on Saturday, Pence is expected to highlight an American plan to promote what Washington calls high-quality, transparent infrastructure development in Asia -- words aimed at drawing a contrast with China's Belt and Road.

In Japan, Pence will meet with Prime Minister Shinzo Abe "to discuss our important alliance, our economic relationship, negotiations for a free-trade agreement and our commitment to denuclearization of the Korean Peninsula," the vice president tweeted Monday.

After leaving Japan, he will go on to attend the East Asia Summit in Singapore on Thursday, followed by the APEC meetings in Papua New Guinea.