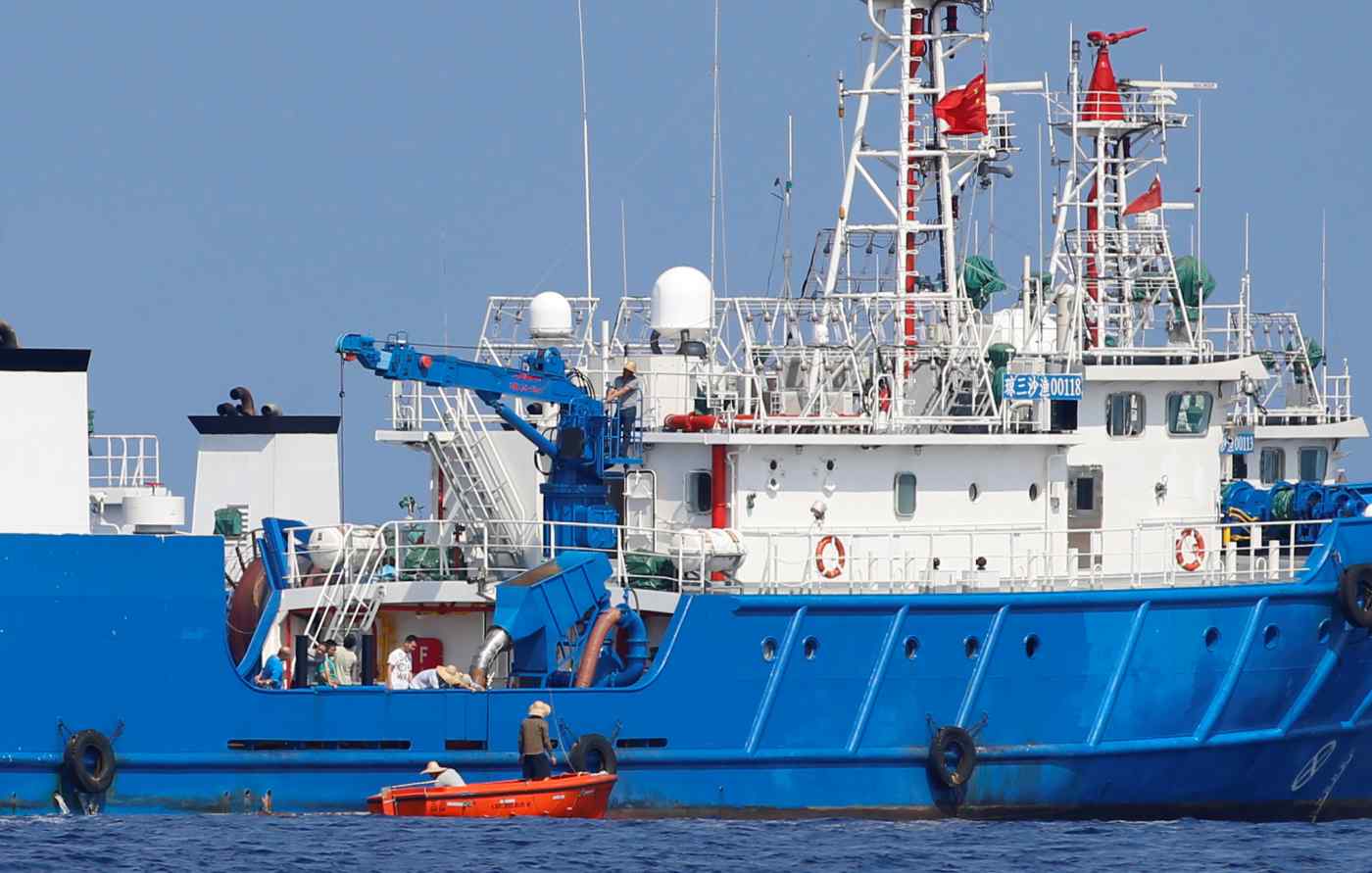 MANILA -- In rare public rebuke on Thursday, the Philippines hit out at China over the "illegal" presence of its vessels in a disputed area of the South China Sea.

The foreign ministry said in a statement that the vessels "have been present in large numbers and for sustained and recurring periods" near the Philippine-controlled Kalayaan Island Group in the Spratly areas of the water. "Such actions are a clear violation of Philippine sovereignty, sovereign rights and jurisdiction" under international law.

The statement comes ahead of a visit by President Rodrigo Duterte to Beijing later this month and crucial midterm elections in May. His political opponents have been attacking his government's dealings with China, citing issues such an influx of illegal Chinese workers into the country, fears over a debt trap from Chinese loans, and Duterte's ties with a Chinese businessman accused of being involved in illegal drug trade.

The move is surprising given the Duterte administration's nonconfrontational approach on the South China Sea dispute -- even after Manila won an arbitration case against Beijing in July 2016. He has also been criticized for this stance that has yielded investment from China but raised concerns about Beijing's growing reach in the area. Some fishermen complain the Chinese routinely confiscate their catches.

In the statement, Manila said the "swarming" tactic of the vessels is "raising questions about their intent as well as concerns over their role in support of coercive objectives."

The Philippines also lodged a diplomatic protest over the presence of the Chinese vessels.

Chinese Foreign Ministry spokesman Geng Shuang did not refer directly to the protest at a regular press briefing in Beijing on Thursday. Instead, he reiterated that South China Sea issues should be resolved peacefully by the parties directly involved.

Manila's statement also stressed the need to build mutual trust during talks on a code of conduct in the South China Sea, which is aimed at preventing conflict in the area. Vietnam, Malaysia and Brunei also claim sovereignty over parts of the busy waterway.

Analysts have said the chances of an armed clash in the water appear to be rising amid intensifying friction between China and its two maritime neighbors, Vietnam and the Philippines. Beijing's militarization of the reefs and islands it already holds in the Paracel and Spratly chains and its push to assert control over geographic features could draw the U.S. into any conflict.

The rebuke on Thursday follows the fourth bilateral consultation on the South China Sea between the Philippines and China on April 2 and 3, when both sides talked about the issues in "a frank yet cordial and constructive manner."

In a joint statement, Manila and Beijing said: "Both sides reiterated that while the contentious issues in the South China Sea should not be ignored, they are not the sum total of the Philippines-China relations and should not exclude mutually beneficial cooperation in other fields."