Huawei, COVID-19 and supply chains to be included in security dialogue 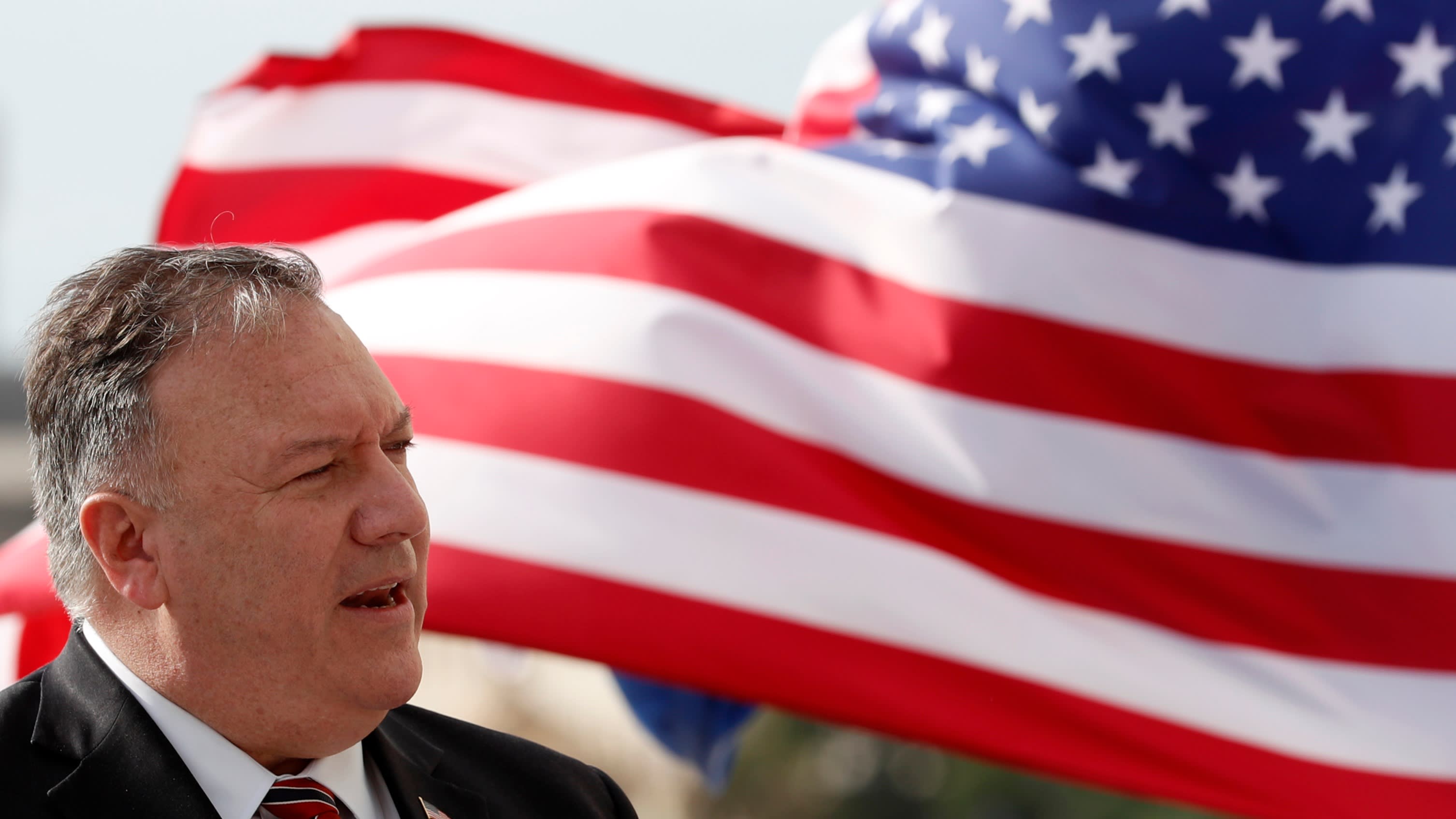 TOKYO -- Days after U.S. President Donald Trump contracted COVID-19, Secretary of State Mike Pompeo is set to visit Tokyo on Tuesday for a meeting of the quadrilateral security dialogue, or Quad, with counterparts from Japan, Australia and India.

The top U.S. diplomat, fourth in the line of succession if the president is incapacitated, had been also due to visit South Korea and Mongolia on a short swing though East Asia. While he scaled back the trip to just Japan after Trump was hospitalized, the State Department said in a statement that Pompeo planned to travel to Asia again this month.

The Quad was formed as an informal forum in 2007 as a counter to China's rise to global power status, but was disrupted after Tokyo, Canberra and New Delhi's relations with Beijing warmed. The dialogue was revived in 2017 as Trump launched a trade war and subsequent tech offensive against China.

The coronavirus, the race to produce and secure vaccine supplies and a diversification of critical supply chains are new elements in the security talks. The establishment of 5G -- without the use of Huawei equipment -- will be on the agenda, according to the U.S. Embassy in Tokyo.

"The Quad meeting comes at an important time in the Indo-Pacific, when our shared interests are under unprecedented pressure, including as the region responds to COVID-19," Australian foreign minister Marise Payne said in a statement.

This summer, an increasing number Chinese aircraft have flown over Taiwan's waters and Japan's Senkaku Islands -- which are claimed by Beijing and known as the Diaoyu islands in China -- while the U.S. sent aircraft carriers for drills in the South China Sea for the first time since 2014.

"The Quad is seen as Tokyo's project to marginalise and offset Beijing's regional primacy. The Quad certainly touches a nerve in Beijing," wrote Titli Basu, associate fellow at India's Manohar Parrikar Institute for Defence Studies and Analyses, for the Lowy Institute.

U.S. Assistant Secretary of State for East Asia David R. Stilwell told reporters last week that the Quad was not formed to exclude nations. "Quad membership is driven by shared interests, not binding obligations," he said.

Pompeo will be the first high-level visitor meet new Japanese Prime Minister Yoshihide Suga. His predecessor, Shinzo Abe, was instrumental in starting both iterations of the Quad.

For India, the most hesitant member, the meeting will be an opportunity to recommit to the alliance, as New Delhi's geopolitical calculations have shifted since skirmishes along its border with China in June resulted in the death of 20 Indian soldiers, according to the Indian army.

The other three nations are part of the Blue Dot Network for private sector-led infrastructure investment to counter China's Belt and Road Initiative. India expressed interest in participating when Trump visited New Delhi in February, but has not fully committed.

Given the informality of the alliance, the question remains as to whether the Quad has been institutionalized enough in each country's security apparatus to continue if Trump loses his reelection bid in November. His Democratic challenger, former Vice President Joe Biden, has shown no sign of easing pressure on China, although his set of tools may differ.

Beijing, on the other hand, is looking to Suga for a fresh start in bilateral relations with Japan. Chinese foreign minister Wang Yi is expected to visit Japan later this month.