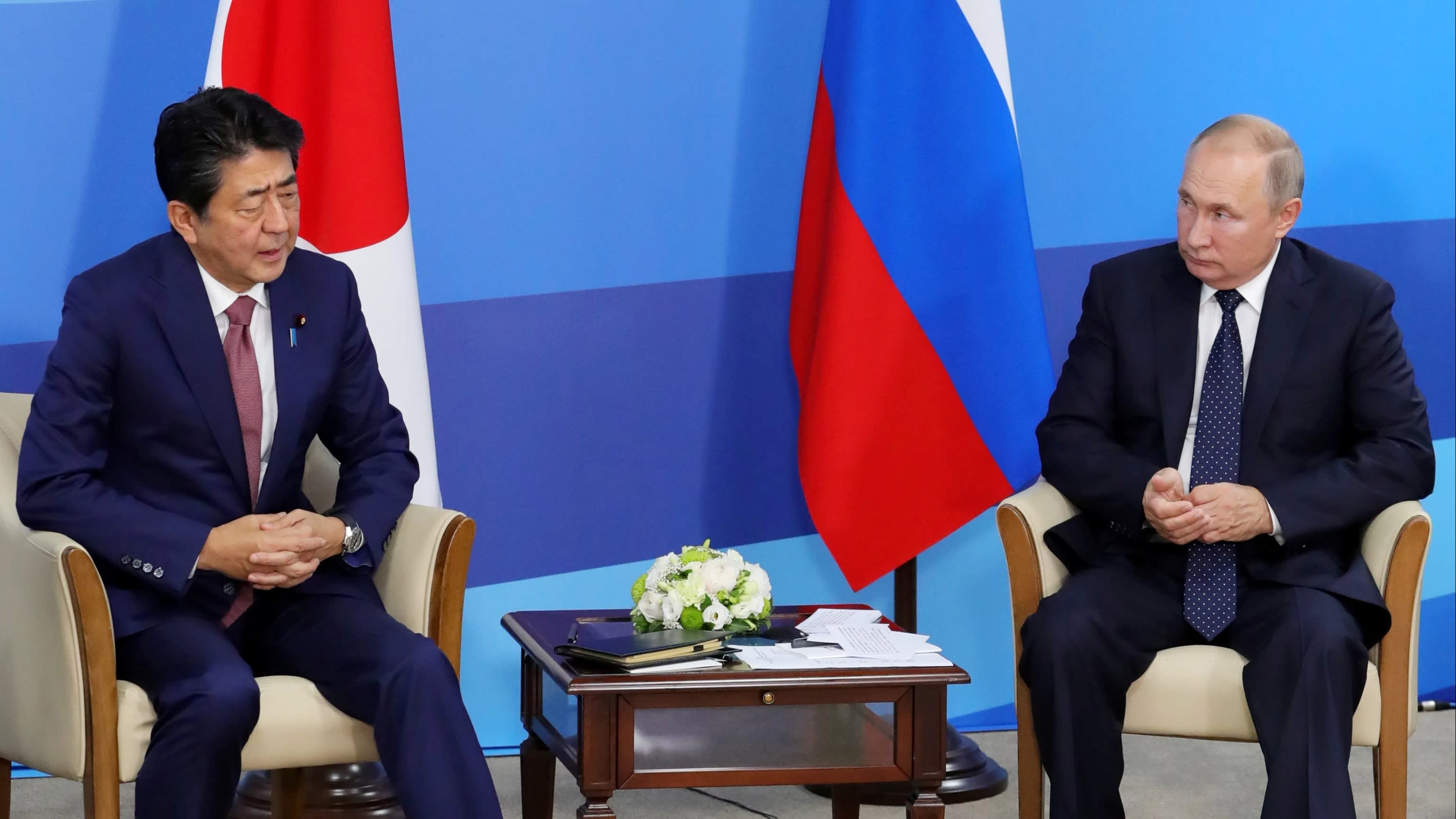 VLADIVOSTOK, Russia -- Russian President Vladimir Putin aired concerns Thursday that Tokyo's defense pact with Washington would create obstacles in the ongoing negotiations toward a formal peace treaty between his country and Japan.

"There are military, defense issues and security issues," Putin said of those challenges, following with a reference to the U.S.-Japan Security Treaty. "And here we must take into account the position of third countries and Japan's obligations to them, including the United States."

Putin restated his openness to normalizing relations with Tokyo based on the Soviet-Japanese Joint Declaration of 1956, which mentions transferring two of the four Russian-held islands off Hokkaido to Japan.

But Moscow is concerned that handing over any of the disputed islands -- seized by the Soviet Union in the last days of World War II -- would lead to an increased American military presence near Russian borders.

The Russian president spoke at a plenary session of the Eastern Economic Forum, a gathering that includes fellow world leaders such as Japanese Prime Minister Shinzo Abe.

Putin also reiterated Russia's security concerns over the potential for a U.S. deployment of previously banned intermediate-range missiles inside Japan and South Korea.

"We regret this and feel certain alarm," he said.

Abe denied that any such missile deployments were being prepared. "We were not approached about it, and nothing is planned," he said.

Newly appointed U.S. Defense Secretary Mark Esper came out in favor of deploying such missiles in Asian countries early last month, immediately after Washington withdrew from the Intermediate-range Nuclear Forces Treaty. The 1987 pact, which the U.S. had accused Russia of violating, banned ground-based missiles with ranges between 500 km and 5,500 km.

Though Putin noted the need to counter the threat from North Korea, the Russian leader stressed that deploying the missiles to Japan or South Korea would represent a national security risk.

"Most probably these missile systems will be able to reach targets on a vast area in Russia, including the Far East," he said.

Japan does plan to deploy the land-based U.S. interceptor system Aegis Ashore, and Putin declared his intent to take countermeasures against the missile shield. Abe said the need to defend against the existential threat posed by North Korean missiles justifies the rollout of Aegis Ashore.

During the plenary meeting, Abe revealed that he supports allowing Russia to rejoin the Group of Seven major industrialized economies.

"The G-7 used to be the G-8," Abe said during a Q&A session. "Regarding Russia's participation, I argued that the issue should be considered."

Russia became part of the group in the late 1990s, but was expelled in 2014 after annexing Crimea from Ukraine. During last month's G-7 summit in France, U.S. President Donald Trump proposed that Russia rejoin the organization. Though European counterparts remain deeply circumspect toward the idea, the Japanese leader has emerged as one of Trump's backers.

"I believe it is imperative that Russia is constructively involved in the various international issues," Abe told the audience in Vladivostok.