Putin's real intention in talking up a Russia-China alliance MOSCOW -- Russian President Vladimir Putin has made his first-ever public reference to the possibility of a Russia-China military alliance, but Dmitri Trenin, director of the Carnegie Moscow Center, told Nikkei Asia that Moscow's real intention with the suggestion is to check the incoming administration of U.S. President-elect Joe Biden.

On Oct. 22, Putin told a meeting of domestic and foreign experts on Russian affairs that although Russia does not need a military alliance with China in general, "theoretically, it is quite possible." This caused ripples.

So what was Putin's real intention?

Dmitri Trenin, a leading Russian expert on diplomacy with many years of military experience in the old Soviet Union and Russia, said in an interview that Putin wanted to send a signal that the U.S. should not increase tensions with Russia and China.

"Although Russia and China are unlikely to form a military alliance, Putin is expected to send a signal from time to time that the U.S. should be aware of the possibility and [that it] become more cautious about its relations with Russia and China," he said. 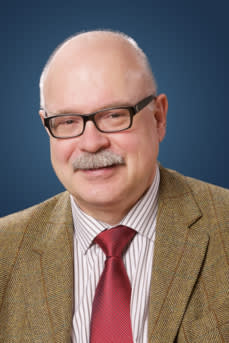 Chances of the U.S. improving its ties with Russia and China under the incoming Joe Biden administration are low. Biden will make tough statements on issues shunned by incumbent President Donald Trump, such as human rights and democratization, while "continuing the economic sanctions on Russia for a variety of reasons," Trenin said. He added that Washington will demand large concessions from Moscow in exchange for lifting the sanctions.

But Trenin said Russia and China are unlikely to move toward a military alliance because Moscow's principal task is to "remain an independent player."

"If a further intensification of tensions between the U.S. and China clearly divides the world into two blocs, Russia will have no other choice but to join the China-led camp and fall into a subordinate status, in effect," Trenin said, adding that "this scenario is absolutely unfavorable to Russia."

If Biden were to ease U.S.-China tensions, Russia would find itself in a tough position: Russia's soured relations with the U.S. and Europe would continue, but Beijing would think twice before deepening its ties with a Moscow that faces Western sanctions. As a result, Trenin said, "Russia will have to make difficult decisions in terms of both geopolitics and economic policy."

Having settled a prolonged border dispute in the Far East, Russia and China have established a strategic partnership and achieved an amicable honeymooners' relationship. But Trenin noted that Biden regards the Russia-China relationship as "unnatural and unsolid."

The coming U.S. president perceives that "China looks down on Russia and is merely using it to its advantage," he said.

In terms of military affairs, if relations between the U.S. and China and between the U.S. and Russia keep souring, an Asian arms race may occur -- in missiles. "The competition in Asia is highly likely," Trenin said, "as the U.S. wants to retain its military supremacy over Russia and China. The U.S. will avoid the development of short- and medium-range missiles in the region only when China makes some concessions."