Putin to seek support at Eurasian summit amid sanctions squeeze 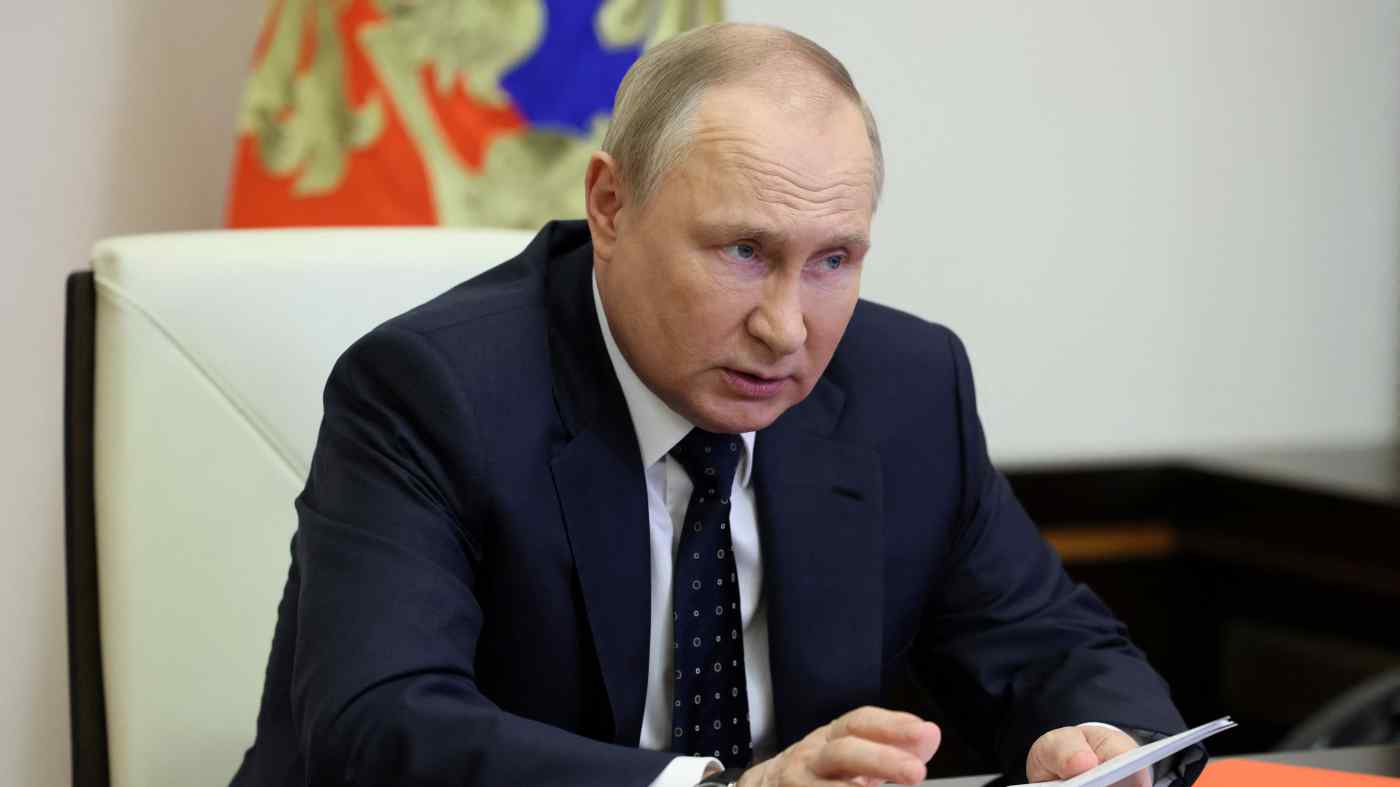 ALMATY -- A summit of a Russia-led free trade bloc that was already set to be tense because of the Ukraine war has been upended as most of the presidents, led by Vladimir Putin, declined to attend in person.

This Friday's scheduled meeting of the heads of state of the Eurasian Economic Union (EAEU), a five-member trade group, is being hosted by Kyrgyzstan. But it will be a mostly virtual affair, as Russia's leader along with Belarus' Alexander Lukashenko and Armenia's Nikol Pashinyan opted not to go to Bishkek.