RCEP summit on Nov. 15 to discuss trade deal by year-end, without India 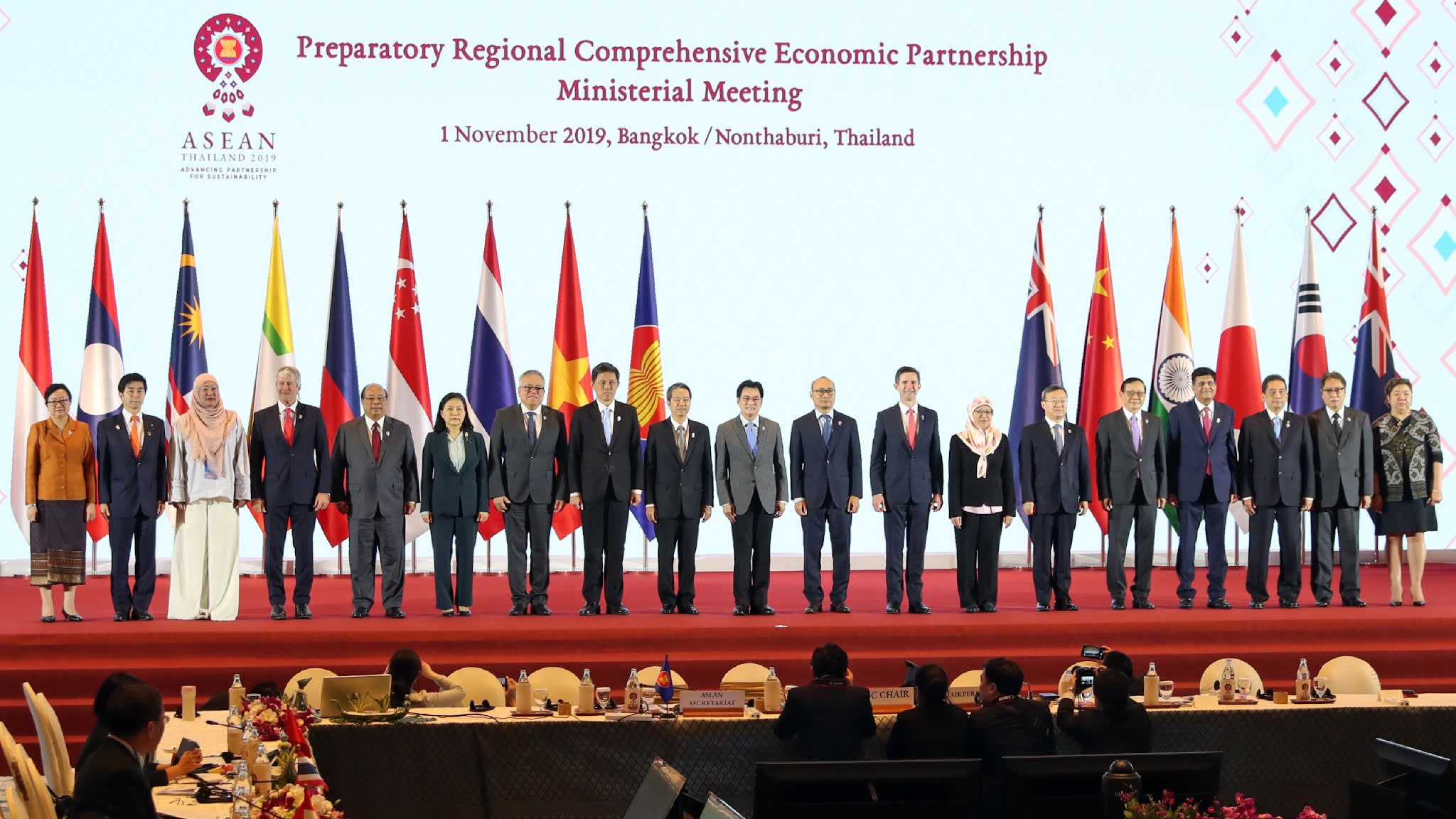 TOKYO/HANOI -- Asian-Pacific leaders representing the nations involved in the proposed Regional Comprehensive Economic Partnership will soon discuss reaching a long-awaited agreement by the end of the year, Nikkei learned Friday.

The 15 participating nations will hold a virtual leaders' summit on Nov. 15 at the earliest. The free trade agreement would be the first that includes Japan, South Korea and China.

But a deal is largely expected to be reached without India, an early participant in the negotiations who pulled out over fears of imports flooding the market. Japan will continue to reach out to India to dilute the influence China will have on the trading bloc.

The negotiations for the RCEP first began in 2013 between the 10 members of the Association of Southeast Asian Nations, along with Japan, China, South Korea, Australia, New Zealand and India.

The 16 participants held a leaders' summit in November last year with the aim of reaching a compromise. But India indicated that it will withdraw from the talks out of concern of its ballooning trade deficit, a move that delayed a final agreement.

India took part in the initial negotiations of RCEP with the backing of Japan. Tokyo has maintained the position that India should take part in the treaty.

On the other hand, ASEAN nations are calling for an early agreement, since they will greatly benefit from China's lower tariffs. India has shown no indication that it will return to the negotiating table. It appears that the remaining participants are looking to reach an agreement that is temporarily absent of India.

China will inevitably be the dominating presence within RCEP. And Japan is mindful of the alliance it has with the U.S., which is staking a hard line against Beijing.

"We don't want Japan to be seen as entering a framework being led by China," said a senior official in Japan's Ministry of Economy, Trade and Industry.

Japan will continue to court India's return to RCEP after a 15-member agreement is reached.

This year, the RCEP summit is scheduled to be held during the ASEAN summit and related meetings, which will take place for four days through Nov. 15. If realized, RCEP will be the largest free trade agreement in Asia.

The RCEP would reduce or eliminate tariffs on industrial and agricultural goods, and set rules on data transfers. The treaty is expected to give a lift to exports by Japanese companies. China and South Korea are Japan's largest and third-largest trading partners, respectively, in terms of value.