RCEP to remove tariffs on 86% of Japan's exports to China 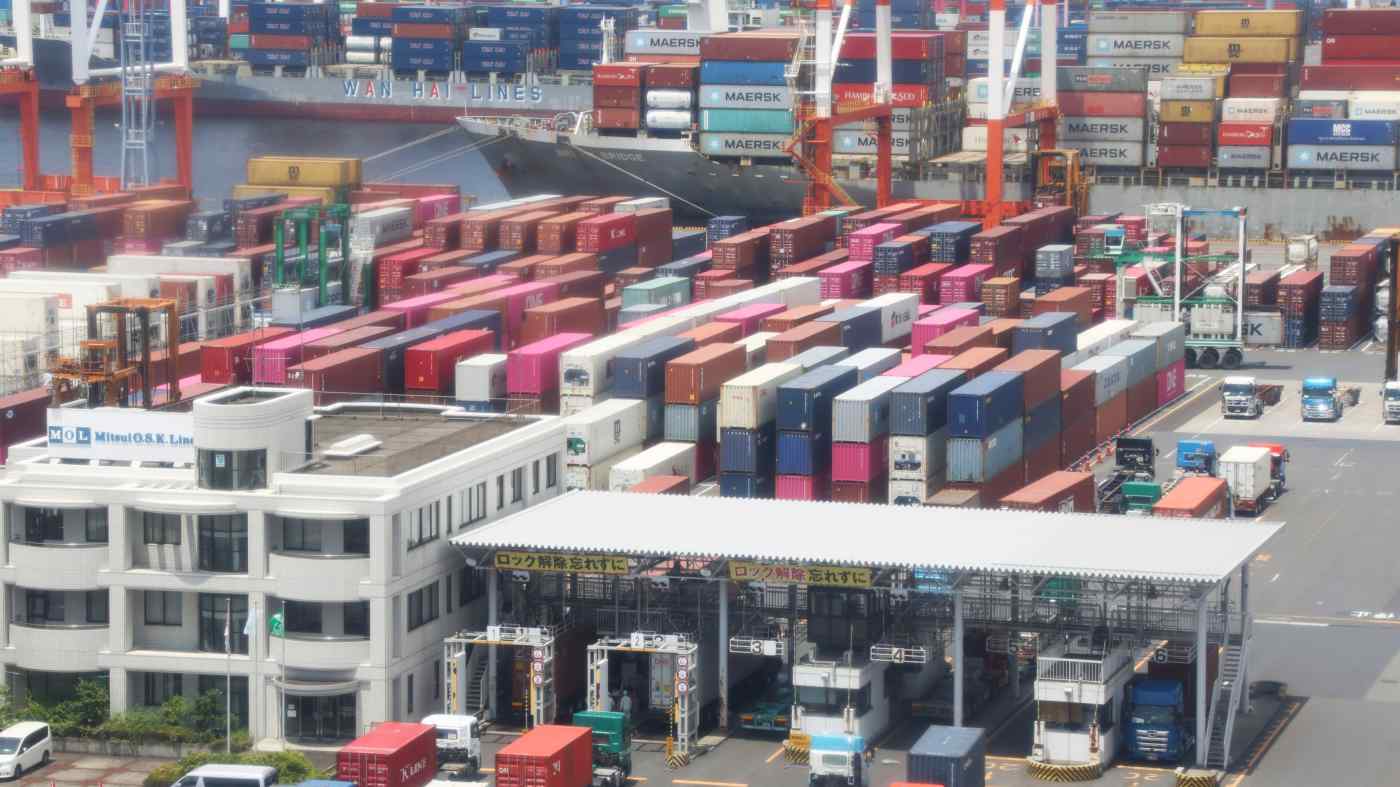 TOKYO -- Tariffs will likely be eliminated on 86% of industrial goods exported from Japan to China as a part of the Regional Comprehensive Economic Partnership to be signed on Sunday, Nikkei has learned, benefiting Japanese exporters such as auto parts suppliers.

The tariff elimination rate will significantly increase from the current 8% between Japan and China, countries without a bilateral free trade agreement.

The wide range of tariff cuts are a result of China's compromise. Faced with an opportunity to lead a regional trade pact in which the U.S. and India are not part of, Beijing was eager to put pen to paper, even if it meant inflicting pain on domestic industries.

Fifteen countries in the pact, which include the 10 member states of the Association of Southeast Asian Nations as well as Japan, China, South Korea, Australia and New Zealand, will hold an online top-level meeting on Sunday.

"We will sign the RCEP agreement on Sunday," Japanese Prime Minister Yoshihide Suga said on Saturday.

This will be Japan's first free trade agreement with both China and South Korea. Touching on India, which was involved in earlier talks with the bloc but dropped out, Suga said: "We hope to gain the cooperation of relevant nations by conveying Japan's intention of expanding a free and fair economic zone."

Some tariffs will be abolished immediately while others will be eliminated gradually. For Japan, almost 90% of auto parts shipped to China will become tariff-free. Tariffs on gasoline engine parts as well as some steel products will be dropped when the agreement takes effect.

As for Japan's exports to South Korea, 92% of goods will be waived from duties, up from the current 19%. About 80% of automotive goods, including air bags and electronic parts, will enjoy a gradual lifting of tariffs.

Looking at the RCEP as a whole, tariffs are expected to be removed from 91.5% of goods exported from Japan, as well as 98.6% of goods imported by Japan. While the exemption rate is still lower than 99.9% agreed for the Trans-Pacific Partnership trade deal, the participation of China and South Korea -- Japan's largest and third-largest trading partners, respectively -- makes it significant.

Some observers argue that RCEP nations have been so intent on reaching an agreement that they fell short on creating rules in areas such as data trading. The RCEP "is at a level that China is able to join," said a person involved in the negotiations.

Beijing has long been reluctant to sign massive free trade agreements or participate in rule-making in such fields as intellectual property and data transfers. It kept its distance from free trade because it shunned constraints to its policies. But as tensions with the U.S. rise, it conceded to Japan on tariffs so that it could quickly join a trade framework that excludes Washington.

Under the RCEP, participants are to ensure the free flow of digital information, such as contents and data, across borders. Nations will be barred from requiring foreign companies to place servers or other equipment on their soil as a condition for conducting business. But the treaty will not ban countries from demanding the disclosure of source codes, a clause that was included in the TPP.

Although the rules are relatively lax, "the inclusion of China means that it is possible to raise the rules to a higher level later," said a Japanese official involved in the negotiations.

China chose to promote trade with its Asian neighbors through the RCEP, even if a reduction or elimination of tariffs leads to an increase in imports that hurts domestic industry. This contrasts with India, which decided to drop out of the RCEP to protect its industry as its trade deficit with China and others ballooned.