16 Asia-Pacific countries hope for agreement to combat US protectionism 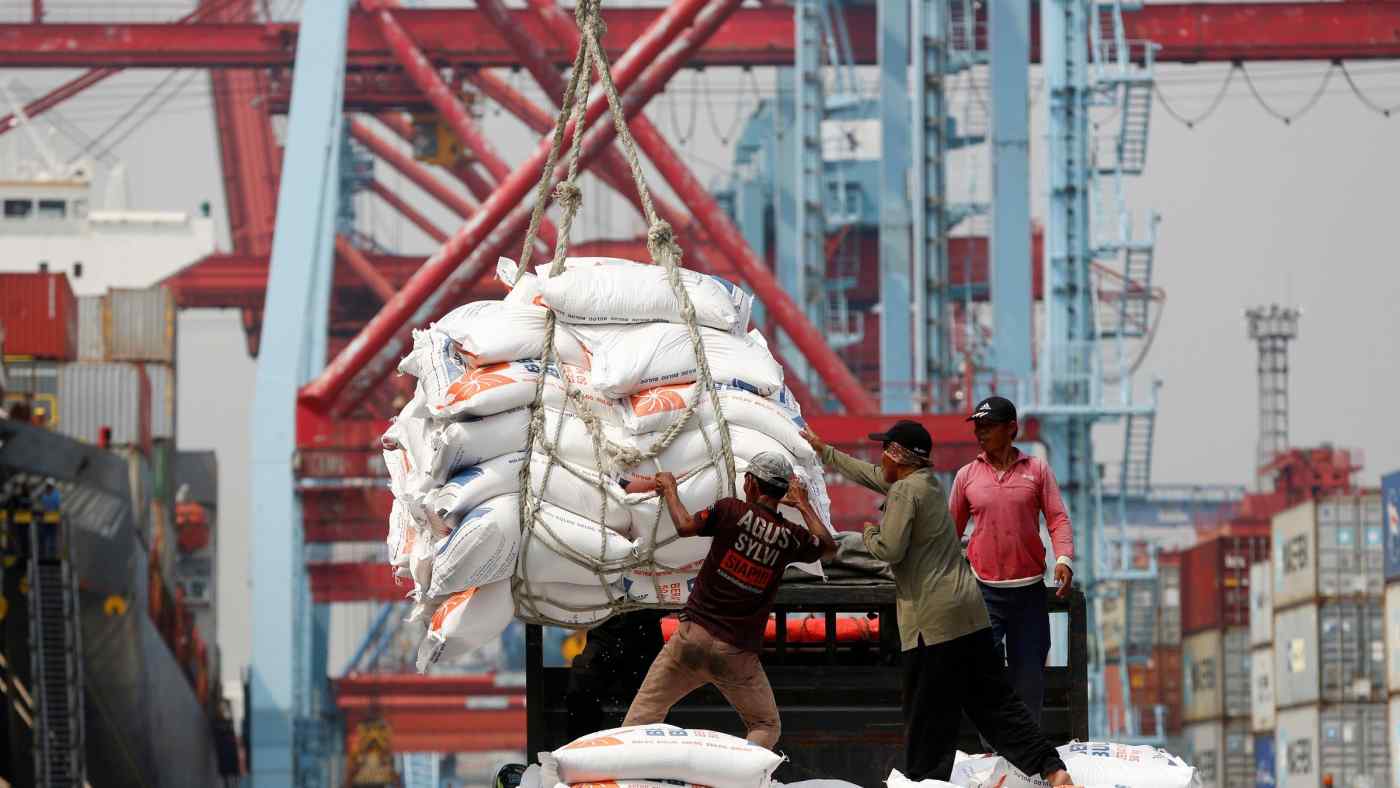 Bags of rice are unloaded at a port in Jakarta. Though a consensus has been reached on just two of the RCEP's 18 sections, many ASEAN members prioritize reaching any deal for the trade pact.   © Reuters
Nikkei staff writersJuly 2, 2018 03:35 JST | Japan
CopyCopied

TOKYO -- Top trade officials from 16 Asia-Pacific countries agreed Sunday to aim for a deal on the Regional Comprehensive Economic Partnership by the end of the year, but this may prove too little time to bridge the gaps remaining on many key issues.

Negotiators will "focus efforts towards achieving a package of year-end outcomes," the 16 attending ministers said in a statement after the meeting. The proposed trade deal covers Japan, China, India, South Korea, Australia, New Zealand and the 10 members of the Association of Southeast Asian Nations.

Lead negotiators of the RCEP member countries will meet in Thailand in mid-July to discuss eliminating tariffs and establishing rules for freer trade. The trade ministers gather again in Singapore in late August, looking to handle issues requiring political decisions and create an outline for approval at a summit expected as early as November.

The RCEP would create a free trade zone spanning half the world's population and about 30% of global trade by value -- larger than the Trans-Pacific Partnership after President Donald Trump pulled the U.S. out of that deal in January 2017.

Tokyo seeks to use the deal to counter Washington's growing protectionism. Japanese Prime Minister Shinzo Abe has urged the creation of a "free and rules-based market."

After the U.S. withdrew from the TPP, Japan focused on pushing through a reworked version with the 11 remaining members. Tokyo anticipated that having even emerging countries agree to a high degree of liberalization on that deal would help persuade China and India to go further in lowering their trade barriers with the RCEP. The Pacific Rim agreement was signed in March and ratified by Japan last week. 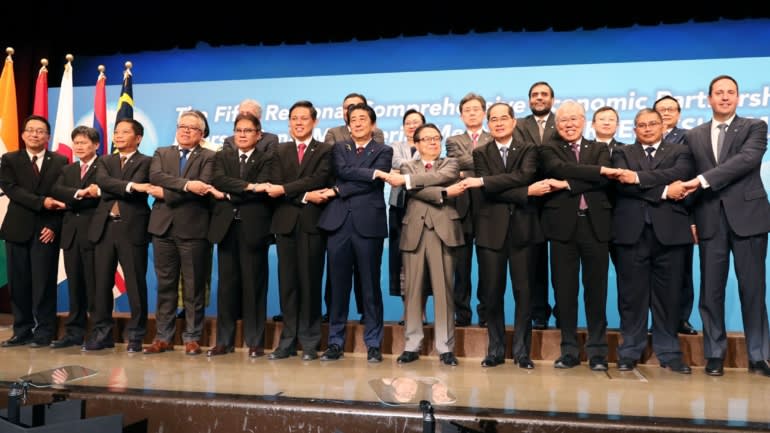 But after more than five years of talks -- and other attempts to reach a year-end deal in 2015 and 2016 -- RCEP members have achieved a consensus on just two of the agreement's 18 sections.

"Japan and countries like China have different ideas of what 'free trade' means," a Japanese government insider said.

China and India, which are wary of trade liberalization, and developing economies such as Laos have trouble seeing eye to eye with stronger free trade advocates including Japan, while many ASEAN members prioritize reaching any deal.

Areas of disagreement include e-commerce, where Japan and Australia want to let data move freely across borders while China argues for state management of data. Japan also seeks tough measures against piracy of intellectual property, in contrast to India's call for more relaxed rules.

Seko said at a ministerial meeting in March that he supports ASEAN's goal of reaching an agreement by year-end, a shift from the more cautious stance Japan took at the November 2017 RCEP summit.

"We're aiming for a high-quality agreement, but we're prepared to be flexible," he said after Sunday's talks. Japan is leaning toward tolerating temporary safeguards by emerging countries.

"We're not seeking as high a standard [of liberalization] as with the TPP," a senior Japanese trade official said. Yet the RCEP still needs to clear a certain bar to win Japan's approval, the official said.

Tokyo cannot be too lax about the details if it intends to remain a standard-bearer for free trade. A strong agreement will be needed to persuade the U.S. to rejoin the multilateral trade system.

But some Asian negotiators complain that Japan's demands have blocked a deal.

If RCEP members cannot reach an accord this year, political developments in ASEAN may complicate their task further in 2019. Thailand's junta has said it plans to hold elections as early as February, and Indonesia's presidential election is scheduled for April.